Skip to content
You are here:Home / Top 10 Most Dangerous Venomous Spiders in Australia 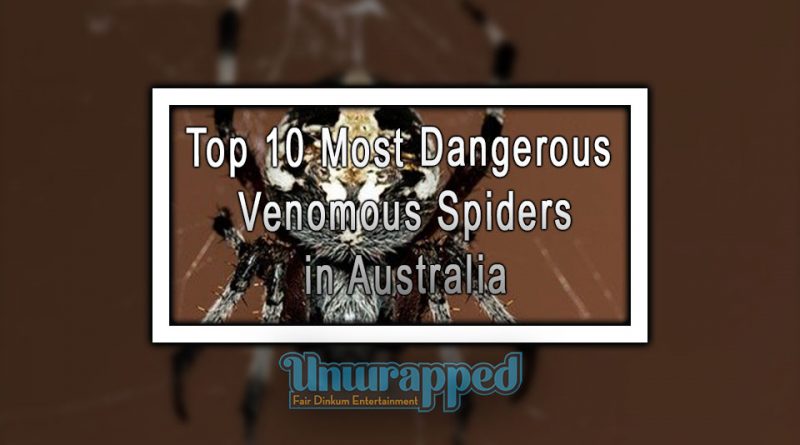 Ten Most Deadly Spiders in Australia (Including Some Not So Deadly)

Around the world, you find people with fears and phobias with the most common being arachnophobia. Even in a country like Australia where you might rather be killed by a bee or drown in the sea, spiders have a fearsome reputation. This is something that is the same around the world even though spiders pose less of a threat than life-threatening species like sharks or snakes.

Wherever you look ad whichever country you look from you will reach the same conclusion, the Sydney funnel-web is not only Australia’s most venomous and deadliest but possibly also the deadliest in the world. You will find this critter where they burrow in sheltered and humid places, in populated areas as well as forests. You will also find it in your backyard and will only act when threatened. It is between one and 3.5 cm in diameter but what makes them dangerous is their fangs that can slice through thick clothing since it will be able to pierce through a thick toenail. In 1981 an anti-venom was developed, and no fatalities have yet been recorded on more than 20-years.

Calling the second most venomous and dangerous spiders in Australia “other funnel webs” might seem too simple, yet that is very true. Aside from the Sydney Funnel Web is there is number of highly venomous spider, around 40 to be more exact that are just as dangerous. They include a tree funnel-web and a southern tree funnel wen, however, these other funnel-web spiders also have anti-venoms that are effective against their bites.

The redback spider is easy to recognise with the distinct noticeable red stripe on its body. It is found throughout the country, from urban homes to bushes, as it seeks shelter in quiet sheltered places that range from under toilet seats to inside your mailbox.

Mouse spiders are typically found in burrows and bush and a black stout spider but fortunately you will not encounter it in populated urban neighbourhoods. There are eight mouse spider species across the country and they have the same powerful venom as the funnel-web. Despite its highly venomous bite has no deaths been recorded.

This spider gets its name because it loves to hide inside the entrance of its cave and trick the prey by letting it think the lair is empty. They are throughout Australia and the males are more likely to bite than the females.

The Fiddleback is also called a recluse spider and one of the most infamous spiders in the world. This is due to images going around on the internet which shows that this spider bite causes the flesh around the bite to be destroyed. These injuries according to reports, cannot heal and in worst cases could require amputating. While the fiddleback is found in Australia the range is not widespread, which is great news for Australians.

The largest spider in Australia is the tarantula with a leg span in excess of 22cm while its fangs are up to a centimetre in length. Most people would die of fright when coming across one of these monsters without even coming into contact with it. This spider can live up to thirty years and one of the main reasons why it is on this list is more due to its frightening appearance and long fangs than being deadly.

The white-tailed spider resembles the red-backed spider as it is equally recognisable by its coloured marking. The white-tailed his a dark spider with a white tail and found in urban and natural landscapes and native to both Eastern and Southern Australia. You will hardly ever come across it during the day as they are nomadic critters that love to wander around in the dark.

Read More: 5 of the World’s Most Dangerous Places

The Black House Spider is common throughput Australia with a leg span of 33 mm and lives indoors. While not excessively dangerous their bite is excruciatingly painful.

Read More: What are the Biggest Mistakes People make when Visiting Australia?

If you have huntsman in your home, it is rather fortunately unless it bites you! They are feared by humans due to their grand leg span and large body and they have their name because their mode of hunting and high speeds, and your insect level will reduce significantly. They are not considered to be deadly to a human even though a bite is incredibly painful.

While Australia does have some of the world’s deadliest spiders and the country is synonymous with numerous dangerous animals, critters and spiders, keep in mind they are more often than not harmless and reduce the insects destroying your plants. Very often spiders are not posing a lethal threat to humans, but nonetheless, keep Australia’s most dangerous venomous spiders in mind when you notice a spider in your home or when camping.

5 Most Probable Ways The World Could End Soon 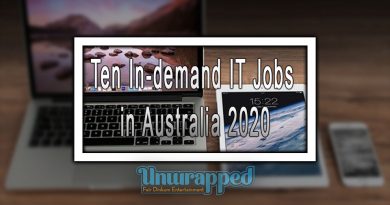 Ten In-demand IT Jobs in Australia 2020 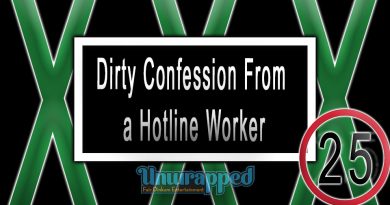 Dirty Confession From a Hotline Worker

One thought on “Top 10 Most Dangerous Venomous Spiders in Australia”

Top 10 Movies on Netflix To Watch in Australia October 2019