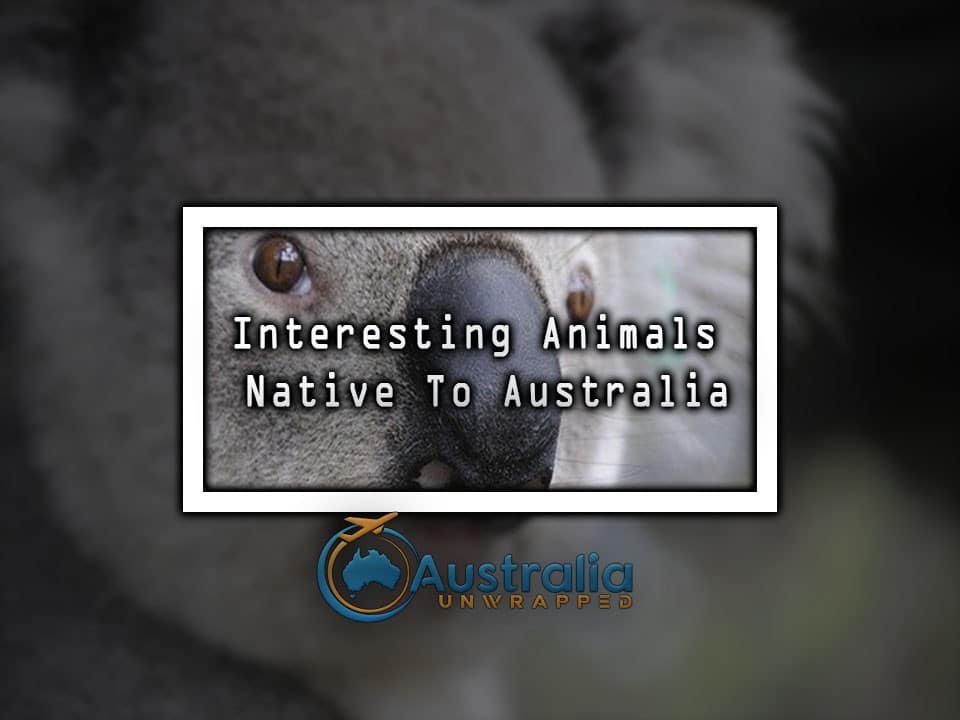 Australia is a paradise, a heavenly kingdom for the people who love shopping, who are true party animals and who adore the wildlife.

“This is what you should do; love the Earth and sun and the animals,” said Walt Whitman, and if you love animals, Australia should be on your radar. The heaven down under has diverse wildlife comprising about 450 species of mammals, 140 species of snakes, 2,000 species of bony sea and 180 species of freshwater fish, 750 species of birds, 100 species of shark and the list is endless.

Almost 80% of the ecosystem of Australia is native to the place. You will spot some unique species only in Australia and nowhere else in the world.

Here we present to you some of the interesting animals native to Australia. Here we go-

This strange-looking animal is a mix of duck (bill and webbed feet), otter (body and fur) and beaver (tail). It is one of the 2 egg-laying mammals found in the whole world. Platypus is mainly found in Eastern Australia and Tasmania. The male Platypus is venomous.

This hopping animal is the largest living marsupial in the whole world. Belonging to the Macropodidae family, Kangaroo is generally grey or red. Kangaroo is Australia’s unofficial symbol and also stands tall on the emblem on the Australian coat of arms. The hind legs of the Kangaroo are strong and large while the forelegs are small. The tail is long, the ears are large and the head is small. The hopping gait looks quite adorable.

A Wombat is a quadrupedal marsupial mammal. It is herbivorous and a borrowing animal. They are very small, only 40 in (1 m) in length. Belonging to the Vombatidae family, the Wombat is generally found in mountainous, forested and heathl

What animal is native to Australia?

Most of our animals, plants and reptiles are unique to Australia. Some of the well-known ones include kangaroos, dingos, wallabies, wombats, koalas, platypuses and echidnas.

and regions of south-eastern Australia.

Also known as Koala Bear, the Koala is not a bear. It is a pouched mammal or a marsupial. The animal looks quite cuddly and adorable. The greyish-white fur is dense and woolly. The little Koala baby lives in the mother’s pouch for 6 months and then ride on the mother’s back. They are majorly found in eastern Australia where eucalyptus trees are abundant as they love to feed on eucalyptus leaves.

All dog lovers are going to love this free-ranging dog. Native to Australia, Dingo also appears in Southeast Asia. These handsome looking dogs are golden or reddish coloured. Even if you are in love with them, you cannot tame them. Many Australians consider Dinga as a cultural icon.

Apart from them, Australia is a habitat of many other interesting animals. As Martin Buber had said- “An animal’s eyes have the power to speak a great language” these animals might not have the power to express what they feel, but understanding them and protecting them is our responsibility. The fate of animals is indissolubly connected with the fate of men.

An animal’s eyes have the power to speak a great language.

What are the Biggest Mistakes People make when Visiting Australia?

What Did Peter Dutton Do Before Politics?