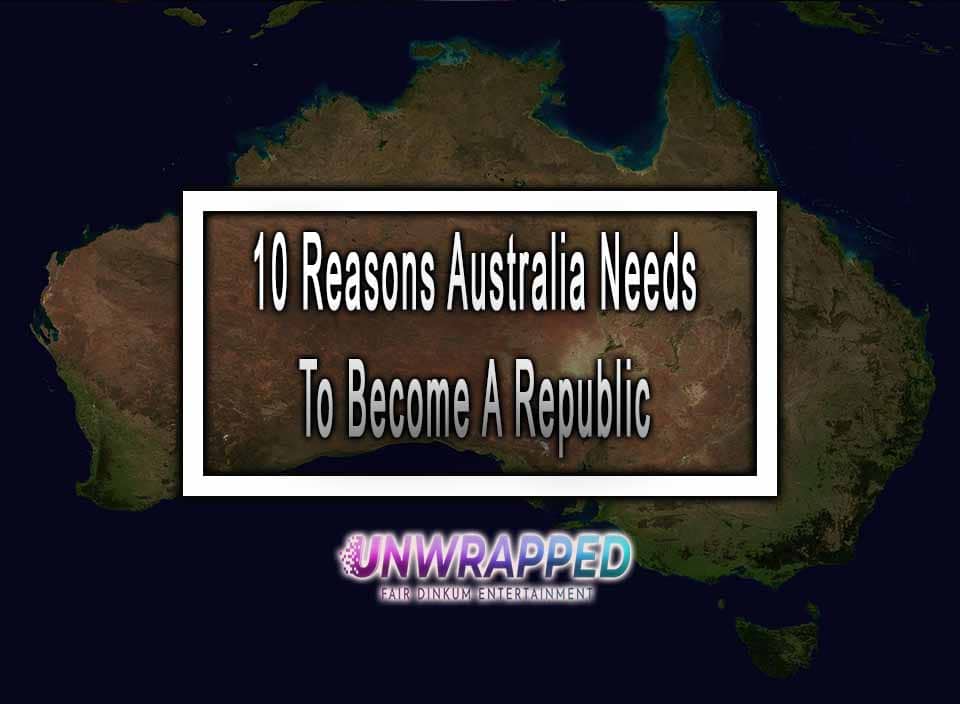 Why Australia Should be a Republic

It has remained a topic of debate, whether Australia should remain as a monarchy or become a republic. The debates on the topic usually increase around the time of Australia Day. Many people are of the opinion that this change might affect the system of the government but others are of the view that it is time for Australia to move towards proper independence and comes on terms with the history of this country. There should be a head of state in Australia. Although the citizens truly respect and admire the Royal Family, it is time Australians need to understand that the country should be out of foreign monarchy as well as reliance on inherited position for head of state. There are certain reasons for which Australia needs to be a republic.

First thing first, it is a known fact that moving towards a republic from the constitutional monarchy is surely bringing benefits to the business and economy of the country. The position of Australia as a nation is very important to compete in the international trade industry. It is because of the reason that whenever Queen travels internationally, she mostly represents British instead of Australia, due to which Australia’s position in the international world based on its foreign policy is of low interest. The Queen pays less attention to Australian foreign policy interests and more attention to Britain interests. This is a clear depiction of the monarchy in Australia which surely has an undemocratic nature. It should be noted that the position of Head of State of Australia should be open to every Australian national, and should not be reserved for some specific people.

Independence for Australia is a basic right. The republic movement is symbolic of the fact that it will not change the way of the distribution of functions in the Constitution. The only changing would be that the Queen and the Governor-General will be replaced by the Australian President. This literally means that every Australian individual will be independent to think and aspire about being the executive authority in the country. He could be equally competent to be the Heat of the State, than any other person in Australia. All of this is a sign to show the world that Australia is an independent country because this country will not have a governing foreigner monarchy.

Also See: 5 Needs To Consider When Debating For Or Against An Australian Republic

There are certain inappropriate traditions of the British monarchy which are different and inconsistent with Australian principles but are followed due to being a part of monarchy. Republicans are of the opinion that these inappropriate traditions should be removed in the Republic. Australia should not be committed to any other region of the world. This is also in relation to section 116 of the constitution of Australia, which states that the Commonwealth cannot make laws about observance to any religion in the governmental affairs in the country. This section is a denial to the legislative power of the Commonwealth which described that within Australia, church and state are different entities, which is not the case in British Monarchy. The British Monarchy is supposed to be the Head of the Church of England and not Australia.

Another reason for Australia being a republic is the conduction of reforms. To be sure that the majority of the population supports the republic, there should be a plebiscite which should be followed by a referendum, under the legislation of the parliament. The plebiscite must lead to the answer of the questions like, whether the public wants Australia to be a republic or not, and secondly what should be the procedure to select the president of Australia. If the majority of people are in favour of a republic, then there should be a referendum to ask the people of Australia to approve the model which got the most votes during the plebiscite. It has been seen that many parliamentary democracies have become republics in the world. Their experiences should be taken into account before following them.

It is time for the removal of the sovereignty of the crown from Australia because due to this crown, the people of Australia are extricated. Since Australia began to colonize in 1788, indigenous possession started under the sovereignty of the crown. This was the reason why the rights of aboriginal Australia people were not protected because their land was becoming into the crown land. It is the need of time for indigenous Australians to throw the crown from this monarchy and become a republic. A government that is more involved in solving Australian problems and following Australian laws is required in the country, instead of the British crown monarchy.

Republic News: A Short History Of Australia’s Fight For Independence

Another reason why Australia needs to be a republic is the selection of the President. Australian locals must have rights to select the President of the county. In 1999, a referendum was conducted where a clear majority of the Australian population was in favour to maintain the connection with the Crown. But it is time that Australia holds a similar sort of referendum. Same is the case with Ireland and Germany which are parliamentary democracies. The elected head of states of these two countries has a very limited role, the same as that of the governor-general of Australia. These presidents cannot exercise their full power instead are allowed to exercise the power that is determined by constitution. Therefore Australia needs to be a republic so that it enjoys the selection of President and its own privileged rights.

When we talk about the republic, we know it is all about trust in the people. The local population of Australia must have a say in who should be the head of the state. The fate of the people of Australia should not be decided by people being born and bred in England. When the Queen of England and the Governor-General would be replaced by a proper head of state which is Australian and hence keeps the republic above politics. A dignified Australian head of state will represent the whole Australian nation separate from the Parliament and its politics. It is time for Australia to throwing away this politically divisive monarchy.

The stable democracy of Australians is not because of their love for Queen of the United Kingdom, rather because of the reason that Australians love their stable democracy. Many of the monarchies around the world are not stable including Thailand, Saudi Arabia, and the Solomon Islands. Many of the republics, however, are stable including India, Ireland, United States, Germany, Switzerland and France. The system of monarchial government of Australia is not perfect since it has to be made stronger, a republic is suggested. Australians must choose their head of state for a stronger and more perfect republic.

Must See: Australia should have a republic, here’s why

Among the reasons for Australia being a republic is the unity of Australians. The Australian Republic Movement has brought unity among Australians making it further stronger. The head of the state campaign of Australia for the republic will result in an independent country. When Australia will become a republic, most of the Australians will celebrate a moment, which will be known in history as Independence Day.

Also Enjoy: The Pros And Cons Of Australia Being A Republic

In the Commonwealth, Australia will be acknowledged as equal to the rest of the countries. The country will also acknowledge the role of the United Kingdom in the past and the English monarchs will continue to visit the country and will be welcomed as friends. Getting rid of the Royal Family and being a republic will make a huge difference for Australians.

Do Australians support a republic?

Politically, republicanism is officially supported by the Labor Party and the Greens, and is also supported by some Liberal Party members of the Australian parliament. Australian voters rejected a proposal to establish a republic with a parliamentary appointed head of state in a referendum held in 1999.

Why You Should Outsource Your Small Business Tasks: Top 5 Reasons

Importance of Right Storage for Warehouses