Skip to content
You are here:Home / Top 10 Historial Moments Of Significance In Australia 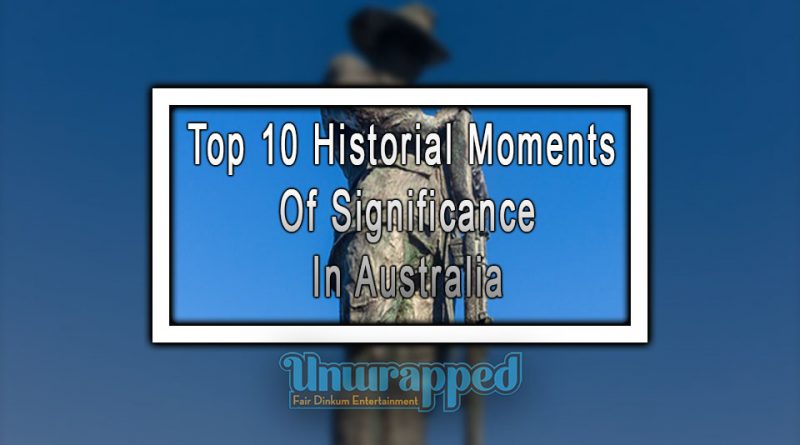 One For The Books: The Top Historical Moments of Significance in Australia

This history of Australia is still young compared to other countries mainly because its written history only started during colonization. Thousands of years before the first English colonizers settled in Australia, the Aborigines have already been in the land, cultivating it and building their lives on it. When the first Englishmen arrived, many things changed, not just in the way the indigenous people lived but also in the way the land was developed. Though still young, there have been many historical moments of significance in Australia that have shaped the land and its people. These changes are significant to the cultural, political, economic, and artistic history of Australia, making it one of the world’s strongest nations today.

In 1606, Willem Janszoon arrived in Queensland, on the western coast of the Cape York Peninsula. He is believed to be the first European to see and chart Australia. The Dutch explorer is the captain of ship Duyfken. According to records of the Duyfken, they were supposed to look for “Nova Guinea”, or other lands where they can find resources like gold. He arrived on Australian soil in late February to early March of 1606 and mapped some parts of the continent. Though some of the logs can no longer be found, there are diary entries that record a clash with the Wik people, the indigenous group that was living in the area. This resulted in the death of nine of Janszoon’s crew, and they left the island not long after. This journey started the journey of many other explorers to Australia, including that of Captain James Cook’s, that named the land “New South Wales” and claimed it as a British possession in 1770.

2. The Arrival Of The First Fleet

Royal Navy Captain Arthur Phillip arrived into Botany Bay in January of 1788. He commandeered the First Fleet composed of 11 ships, bringing with him some 800 convicts from Britain. He arrived in Port Jackson a few days after and founds the first penal settlement in Sydney. The arrival at Port Jackson on January 26, 1788, marks the start of the British settlement. It brought displacement of the Aboriginal people, conflicts, and violence. Although there were many challenges during the first few years of the arrival of the First Fleet, Arthur Phillip proved himself to be a capable leader during the early part of the settlement. Today, January 26 is commemorated as Australia Day. However, some indigenous Australian groups call it the Invasion Day, marking the monumental changes the settlement brought to the Aborigines.

One of the most significant historic moments in Australia is the discovery of gold. In 1851, gold was discovered in New South Wales and in Victoria. This discovery led to an influx of diggers who all wanted a hand at the reward the British government promised for anyone who will find payable gold. The find in Victoria was so significant in an amount that it accounted for about a third of the world’s gold production during the 1850s. Soon, gold deposits were also found in Tasmania, Queensland, and the Northern Territories. The gold rush changed many things in Australia, as the influx of migrants increased the country’s population, giving birth to its multi-cultural identity. Among the migrants were thousands of Chinese and Europeans who participated in the Victorian diggings, bringing with them new ways of living, languages and food. Gold pouring into the treasury increased Australia’s wealth and boosted its economy. By the end of the 19th century, Australia has become more stable and became an enviable society with a high standard of living for its people.

The Australian Women’s Suffrage movement started as a way of fighting to get more rights for women. Australian women had few legal rights in the 19th century. There were few laws that protected them from both personal and professional cases of abuse, starting from the custody of children in the event of separation to lower wages compared to men working in the same industry. The rights slowly changed when women who are property owners in South Australia were allowed to vote in 1861. Education became more accessible to women and soon, movements were made to allow women a place in the parliament as well. The Adult Suffrage Bill was passed in 1894 and was signed into law in 1895 when South Australian women were allowed to run for parliament. This led to the Commonwealth Franchise Act of 1902 when all Australian women over the age of 21 were finally allowed to vote during national elections and stand for the parliament.

Under the British government, 6 colonies were named as the Commonwealth of Australia on January 1, 1901. The states of New South Wales, Queensland, Tasmania, Victoria, Western Australia, and South Australia were unified as a country. The Earl of Hopetoun was assigned as the first Governor-General while Edmund Barton was sworn in as the first Prime Minister. Under the Commonwealth, federal and state laws were applied. The six states were given the power to govern their areas, including education, hospitals, police, and borders. The federal government allowed for legislation concerning the territories to be passed. It also gave Australia some independence from Britain despite recognizing the British monarch as its head of state. In September of the same year, the first Australian flag was flown in Melbourne, signifying a unifying and significant moment in the history of Australia.

The First World War affected Australia as its men joined troops to fight for freedom. On the 25th of April in 1915, the Australian Imperial Force together with troops from New Zealand landed in Anzac Cove found on the Gallipoli Peninsula. Over a span of eight months, almost 9,000 Australian fighters lost their lives. The Gallipoli Landing is one of many historical moments of significance in Australia as it cemented a sense of identity to the young country. A year later, ANZAC (Australian and New Zealand Army Corps) Day was celebrated to commemorate the sacrifice of the thousands of men who fought in Gallipoli for peace and freedom.

The economic changes together with the aftermath of the First World War had lingering effects on the overall morale of Australia. Although there was a shortage of labourers, the pay of workers was shrinking. The tension felt among the working class came to its peak when NSW Railways and Tramways Department Chief Commissioner Chief Commissioner introduced a card system that will record the time of work and the output of each worker at the Eveleigh Rail Yards and Randwick Tram Sheds. This attempt at “scientific management” was meant to measure the efficiency of workers as it was seen as a subjective way to determine who are the loyal workers willing to work at low wages. This led to the Great Strike, a walkout of workers that spread unrest among all labourers of the railway system. It also spread to other industries such as in coal mining and waterfront, until it reached South Australia and Victoria. Almost 100,000 workers joined the strike that lasted from August 2 to September of 1917, leading to terrible consequences for both workers and the political situation of the country. The Great Strike is one of the many historical moments of significance in Australia that gave lessons on how to manage political and economic affairs to remain fair to both employers and workers.

Australia is not a country that is independent of what is happening around the world. It was mostly felt during World War I, and the economic recession that hit the United States in the 1920s. The global market was in shambles because of economic reforms placed by different governments that soon had an effect on Australia. In 1932, the unemployment rate reached a peak of 32%. Thousands of workers were displaced, men were moving around the country looking for jobs at minimal pay, women were scrambling to hold their families together, and very little food was available even for children. Because of these, suicide rate was at its highest, as those who were still recovering from the First World War could not anymore handle the blows brought by the Great Depression. The lessons from this difficult time prompted the government to make stronger labour policies, establish sickness and unemployment benefits and increased support for education and public housing in an attempt to better prepare and stabilize its economy.

9. Establishment of The Native Title Act

The Aborigines have long been recognized as the first setters in Australia even before the British colonization. However, they were not recognized as landowners until the establishment of the Native Title Act. This changed in 1992 when the High Court Mabo awarded the rights of Murray Island to the Meriam people. Australian courts have, for the first time, accepted that the Aboriginal and Torres Strait Islander Australians can claim land ownership based on traditional customs and law. Based on the Act, Aboriginal groups can claim land and waters where they have practised ceremonies, hunted for and collected food, and built shelter, shrines and burial grounds even before the arrival of the British. This is a monumental move in recognizing the significance of the Aborigines in the history of Australia.

In May 1995, Attorney General Michael Lavarch called for a thorough review of past policies and laws regarding the treatment of indigenous people. The inquiry focused particularly on the forcible removal of Aboriginal and Torres Strait Islander children from their lands and their families. During the inquiry, hundreds of testimonies and evidence were gathered to recount the incidents of separation. Many families grieved for their children who were separated from them, some sent to orphanages or foster homes, never to be seen again. These children, called the “Stolen Generations” were not seen again. The formal report called “Bringing Them Home”, stated the findings of the inquiry and the recommendations of the Human Rights and Equal Opportunity Commission. It was more than a decade later, in 2008, when the formal apology was made. Through the National Apology, the parliament made the first step in acknowledging the atrocities made to the Aborigines. Witnessed by thousands, it was a momentous event that started to bring healing to the government and to the indigenous people.

In its young history, Australia is full of moments that have lasting cultural, economic, and political effects. From the discovery of the island continent to the British colonization up to the recognition of the rights of the Aboriginal groups to their land, many events of national and international scales have affected the country. From these historical moments, lessons were learned, enabling the government to make better policies and plans for the protection of its own people. These significant historical moments of Australia will forever be remembered as the events that shaped the country into what it is today.

Also See : How Long Have Aboriginals Been in Australia 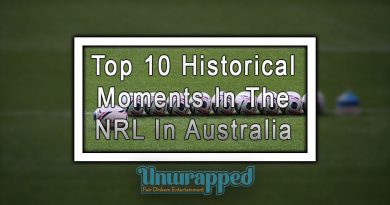 Top 10 Historical Moments In The NRL In Australia 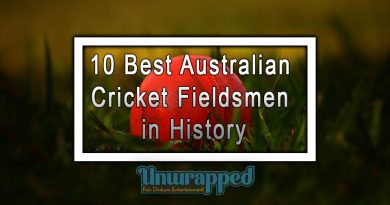 Top 10 Historical Sites in Sydney to Visit in 2020