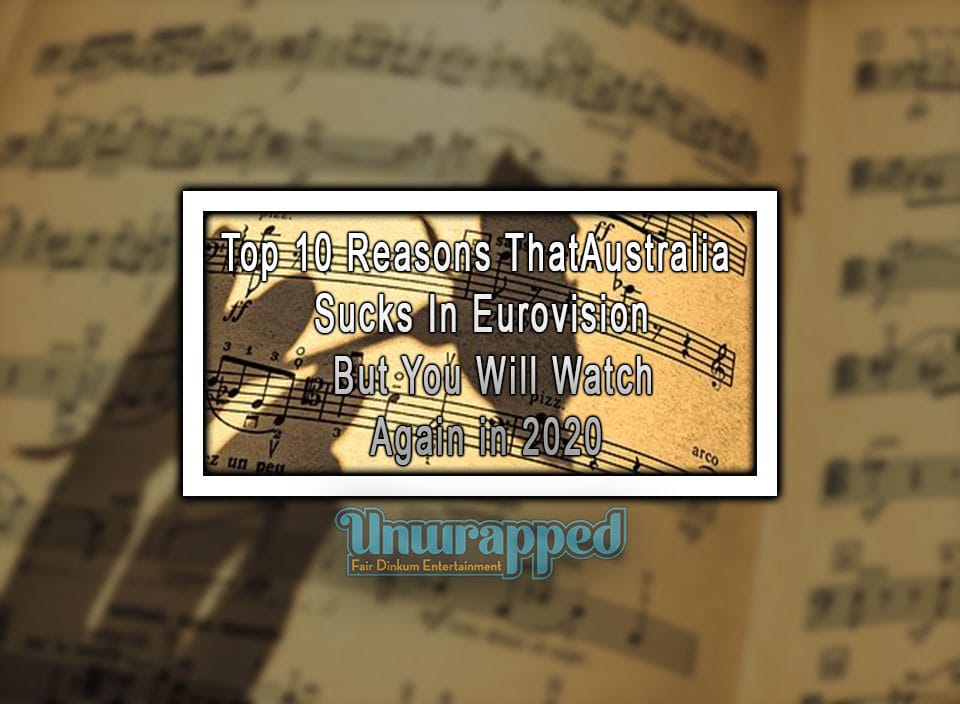 Since its entry into the game on 60th Anniversary of Eurovision Song Contest, Australia has faced criticism for not being “a European entrant”. It’s the first country from Oceania region to partake in Eurovision. The country has made to the Contest five times kicking off as one-off contestant in 2015 and will go in again for the competition in 2020. The Land Down Under has sent its singing icons through internal selection but the charts roar that the country has not been able to make its mark yet. Though Australia sucks in Eurovision here we have picked top reasons for still watching Aussies sing:

1. They Know How To Compose Unbeatable Lyrics

Lyrics are the soul of a song and give it a feeling of completeness. Ardent lyrics speak for record’s feat complemented by fervent music. The people of the land Down Under have it in them as they know how to inhabit a song and make it their own through invincible lyrics. Sound Of Silence by Dami Im – the Australian contest of Eurovision 2016 – is a testament of Aussies’ flair for lyrics composition.

2. They Have The Singing Knack

Who would have expected a teenager from a small town on the outskirts of Melbourne stealing the show in Eurovision 2017? Well, Isaiah showed it to the world that Aussies have got the nerve for singing. His number Don’t Come Easy bewitched the crowd at the Contest. So just brace yourself as who knows Eurovision 2020 might witness another superstar from Australia.

3. They Bring The House Down

Australia’s first-ever performance in Eurovision was simply supercalifragilisticexpialidocious! The Aussie singer Guy Sebastian mystified the crowd with his performance of Tonight Again at the 60th Eurovision. He went off the track detouring the typical cheesy tunes and viscous performances to get Australians a wild card. The audience went crazy to the extent of waving Australian flags and blowup kangaroos. So gear up for another spectacular performance this time!

4. They Have The Female Power

Australia has a treasured legacy of divas: Dami Im, Australia’s representative in Stockholm; Jessica Mauboy, who represented the country in Lisbon in 2018 and of course, Kate Miller-Heidke who dazzled the audience in Eurovision in Tel Aviv 2019. These women set the stage on fire and put Australia on top of the scoreboard.

5. They Are Melodious Champions

You might have found yourself oftentimes humming the tune of your favourite song. Isn’t it so? Song’s musical notes leave a lasting impression on your mind and Australian singers know how to play the melody card. Are you going to Eurovision 2020 to listen to Aussies’ melodic songs?

6. They Have Got The Flair To Sing Heartfelt Songs

We Got Love by Jessica Mauboy can be labelled as the spirit lifter. Australia’s one of the most successful artists, Mauboy entered the world of singing when her 16-year old self captured millions of hearts at Australian Idol. At Eurovision, Jessica displayed the same fervor and vigor and poured out her love to the audience through her bona fide song.

Passion, vehemence, dexterity, beauty and above all, vogue! Aussies charm the audience with their voice and attire. Kate Miller-Heidke’s ethereal and angelic dress that went pretty well with her theatrical pop song Zero Gravity is just an example of Aussies love for fashion.

8. They Have Got Perseverance

Australia has endured a history of topping the list hence taking the contest by storm. Dami Im was the runner up of the 2016 contest whereas; consecutively during the last three contests, Aussies have made their way to the grand finale.

Read More: Eurovision 2020 Australian Threats based on Past Performance

9. They Rock The Floor

Aussies know how to bring the audience to their feet. When they crank up the beat, they typically throw in Australian flavour, dance, contemporary outfits or everything combined.

Last but the not the least, who doesn’t love flowers and if you get a chance to visit tulip fields, will you hold back? … Definitely no! This time around Eurovision is setting the stage on the land of tulips! This gives you another reason to be a part of this greatest show which will bring you amid breathtaking gardens, picturesque villages, enchanting windmills and medieval castles.

Australia’s participation in the Eurovision Song Contest is secured up at least till 2023. With a record qualification rate of 100%, the country will definitely outshine in the Eurovision 2020 due to their vibrant persona, strong voice and stupendous lyrics.