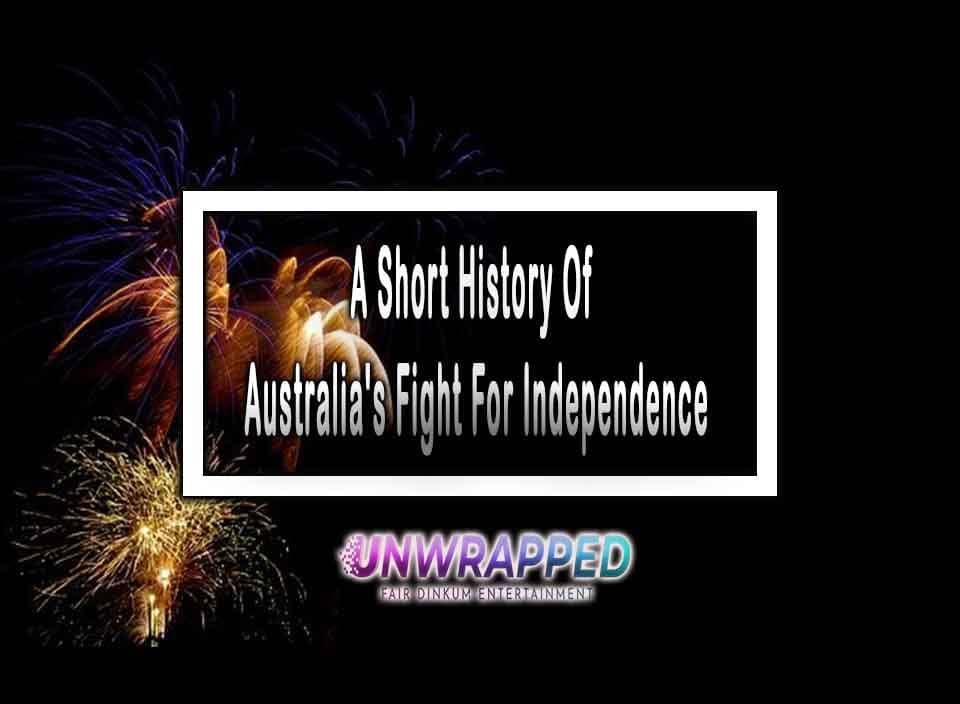 The status of being free of the authority of another person, country, or entity is referred to as independence. Revolutions are all about gaining independence, most notably the Revolutionary War in America, which resulted in America’s independence from Britain.

Australia participated in the First and Second World Wars, as well as the Cold War wars in Korea, Malaya, Borneo, and Vietnam, as a federated dominion and then as an independent nation in the early twentieth century. The Statute of Westminster Adoption Act, approved on October 9, 1942, granted Australia official autonomy in both internal and external affairs. The Australia Act of 1986 abolished the final remnants of British legal authority in Australia.

Brexit debates have been “driven by a longing for the restoration of UK sovereignty.” The June 2016 Brexit referendum was dubbed an independence day by major members of the left movement. Similarly, comparable thoughts have been expressed concerning the day on which the United Kingdom would leave the European Union under the European Union (Withdrawal) Act.

Independence is sometimes viewed as a single decisive moment — a clean split with the past and a fresh start. However, this essay contends that independence should be viewed as a progressive process marked by both change and continuity. Using the evolution of Australia’s foreign policy post-federation as an example, the essay demonstrates that de jure sovereignty does not invariably or immediately result in de facto autonomy.

Before we begin, it is crucial to highlight that the background of Australia’s independence as a former British colony requires a distinct political, economic, and legal analysis than that of the United Kingdom and the European Union. However, the Australian example demonstrates how a country that has been granted legislative/political freedom may seek autonomy in a progressive rather than immediate manner.

The long road to independence in Australia

The 6 original self-governing colonies (Queensland, Victoria, Tasmania, Western Australia, New South Wales, and South Australia) teamed up on January 1, 1901 (Federation Day) to shape the Commonwealth of Australia due to the adoption of the Australian Constitution, according to popular belief. As a consequence, Australia became a self-governing nation.

There were six self-governing colonies before federation, and the United Kingdom had the competence to conduct their external affairs on their behalf. Agent-generals who headed a foreign government office represented each colony in London (similar to a high commissioner). As a consequence, each state had its own representation, with remains of this system being visible today.

Enjoy: Top 10 Weird Things That Makes Australia Different From The Rest Of The World

De jure sovereignty came in the shape of Britain approving the Westminster Statute in 1931, which Australia’s parliament had to ratify to achieve complete power over external affairs. Concerns over internal secession and reliance on Britain’s military were two plausible reasons why Australia did not immediately approve the Westminster Statute and therefore exercised de facto autonomy. The British Empire had recently won the First World War and was ready to come to Australia’s aid if necessary. Fear of Japan was strong in the 1930s following the Manchuria assault. As a result, there was still agreement that being tied to Britain was in Australia’s best interests in terms of defence.

The Second World War set Australia on the path to de facto independence. When the war broke out in September 1939, Prime Minister Menzies stated that Australia, like Britain, was at war with Germany. Australia participated in military engagements in Europe, the Mediterranean, and North Africa. However, Australia, as an ally, was also at war with Japan. With the emphasis now on preserving their own nation, Australia’s military strength was insufficient and needed support from a big power. Britain was engaged in fighting in Europe, and Australia realised it was time to go to America rather than Britain to oppose Japan’s danger. As a result, it is moving closer to de facto autonomy.

In a major speech in December 1941, Prime Minister John Curtin appealed for American backing and declared Australia free of “traditional kinship ties with Great Britain.” From the standpoint of foreign policy, this was a watershed moment: Australia declared to the world its determination to pursue independent foreign policy and replace Britain with America. This change in foreign policy led to the passage of the Westminster Statute in 1942. This concluded the move to de facto autonomy, which Australia now employs.

The history of Australia’s foreign policy transition demonstrates that de jure change does not always result in de facto change. Australia did not put into effect the theoretical capabilities it had gradually earned to conduct an independent foreign policy until a critical moment of crisis. Australia nevertheless favoured having a relationship with Westminster for a variety of logical reasons. Only after seeing the potential benefits of tighter connections with the United States did Australia fully embrace independence and attain de facto sovereignty.

Returning to the present-day situation with Brexit. While accepting that these are two distinct contextual contexts, Australia’s history implies that de jure capacity to devise independent (foreign) policy does not ensure that it will be implemented immediately. Britain has taken the initiative in imagining a revitalised foreign policy and negotiating commercial accords in the aftermath of Brexit. However, dissolving a political union after decades may require some time to re-adjust policies, in addition to dealing with a variety of other internal issues. As a result, we shouldn’t be astonished if independence comes gradually.

Stay Connected
41,936FansLike
5,684FollowersFollow
820FollowersFollow
Previous article
The Pros And Cons Of Australia Being A Republic | No BS Comparison
Next article
Top Ten Crimes You Committed In The UK That Lead To You Going To Australia On The First Fleet

How Do Crime and Thriller Authors Become Successful on Amazon?

Ten of the most common workplace accidents in Australia