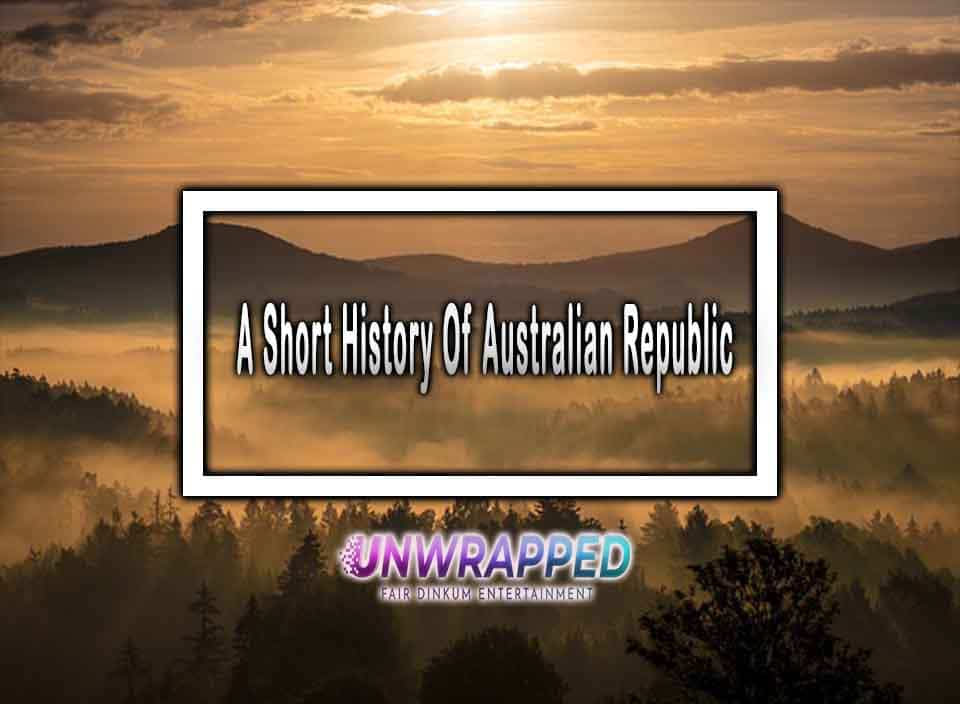 In Australia, there is a discussion about whether the country should switch to a republican system of government and forsake its present constitutional monarchy. The major suggestion is to replace the monarch of Australia (Queen Elizabeth II of England) and her appointed Governor-General in Australia with an elected president. This argument erupted in 1999, when Australians were offered a referendum on the issue, along with other relevant constitutional reforms.

The proposal was defeated in a vote. Those who voted against the motion, however, favor a republic in principle, prompting many to argue that the referendum’s failure should not be understood as a full rejection of the notion of a republic. In Australia, calls for a republic remain strong. The controversy resurfaced in 2008 when newly elected Prime Minister Kevin Rudd stated that he was both a republican and dedicated to establishing a republican system of governance in Australia. Republicans appear to have recovered and are initiating a new push for a second referendum with such a famous figurehead spearheading the cause. They are faced with vehement hostility from constitutional monarchy proponents. There are factions in this discussion that support the monarchy, advocate for minor modifications to the status quo, and advocate for a comprehensive rewrite of the constitution along republican lines. Traditional monarchists, pragmatic monarchists, minimum change republicans, ultra-minimalist republicans, progressive republicans, and radical republicans are among them. They all have distinct perspectives on the subject and take views ranging from pro-monarchy to pro-republic. While other plans represent these distinctions, it is critical to note that they all debate the core pro/con concepts of a republic vs. a constitutional monarchy. They just give varying weight to different arguments, causing them to fall on different ends of the spectrum.

Must See: The Top Ten Haunted Places In Australia

Some may argue that The abolition of the monarchy would provide Australia independence from the United Kingdom.

The presence of an English king as Australia’s “ruler” is a roadblock to our country’s eventual independence and true self-government. A country that does not have its own leader is not entirely independent. It’s ludicrous that Australia’s next Prime Minister will be picked in a country on the other side of the world (Australia has no say in who the Monarch is to be succeeded by). Some argue that having a foreign Monarch is unimportant since it is simply a “symbolic ruler” – but then why should we be concerned about being “symbolic serfs”? People place a high value on symbols, as indicated by the passionate disputes over attempts to modify the design of the national flag.” Any system that relies on hereditary appointment rather than elections is by definition undemocratic. There is absolutely no doubt about that. The real question is whether people believe Australia’s procedure for selecting its head of state is undemocratic.

While others argue that The monarchy checks the executive’s misuse of authority.

“Today, [the monarchy] symbolizes the refusal of absolute authority.” Nobody else can be the leader of any of our big institutions of state while the Crown is at the helm of all of them. As a result, the Crown is the ultimate and unassailable guarantee of our liberty and genius. Republicans are enraged by the lack of authority that the Crown denies them. They object to the Senate’s ability to obstruct supplies to a rogue government. They are irritated by the Governor-capacity General’s to remove a renegade Prime Minister.”

Many people in the United States think that President Bush overused his executive powers precisely because there was no check against it (in a word, he could). Some say that this enabled the Iraq War and breaches of individual rights in the name of the War on Terror. The monarchy, as a check on such abuses and ensuing instabilities, is provided under Australia’s constitution.

Also See: 9 Things To Know Before You Smoke Kratom Powder

Stay Connected
41,936FansLike
5,684FollowersFollow
820FollowersFollow
Previous article
The Pros And Cons Of Australia Being A Republic | No BS Comparison
Next article
Top Ten Crimes You Committed In The UK That Lead To You Going To Australia On The First Fleet