Skip to content
You are here:Home / Top 10 Australian TV Shows Of All Time 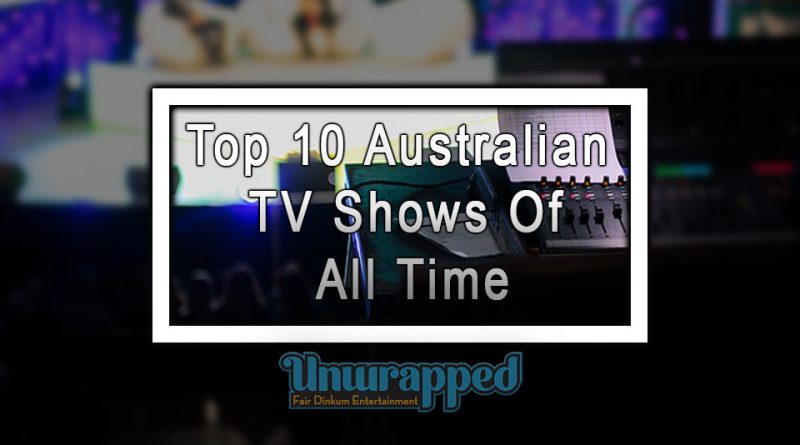 Australian TV Shows Which You Have to Start Right Now

If you want to initiate a debate among Australians, then do ask them to name the best TV shows of all time in Australia and there goes the debate. Some people will be loyal to the previous shows, where some will take the sides of modern offerings of the television. One thing is for sure, Australian Television gives real masterpieces. All of us are true fans of Australian TV shows. Most amazing Australian TV shows have been on the air in different time periods. Here we are discussing some of the most-watched Television shows in Australia.

1. The Secret Life of Us

The Secret Life of Us was on aired from 2001 to 2006. In this show, as the story unfolds we say a group of friends who live across three flats in an apartment building in St. Kilda. The drama starts when these friends sleep with each other and then find about this, which leads to fighting for who slept with whom, leading to breakups and getting back together again. These friends then realize that all three of them are gay and hence they try to start their careers and in the way of managing their careers and their lives, they are seen to cry a lot in the shared kitchen of the house. The kitchen of the houses is filled with crusty soy sauce containers, hilariously mismatched crockery and many empty wine bottles, because why not? It is all about the Secret Life of Us. It is among one of the sexy drama by Australian industry and is surely a must-watch television show. When this drama was released, it attracted more than a million viewers in its first week.

Kath and Kim are also among the most-watched Television show in Australia. This show was on air from 2002 to 2007. We believe that it was and still the most loved Australian TV show ever. The show portrays the suburban culture of Australia in a very satirical manner. The reason why this show was so much loved was the cringing specificity of this show. While Kim used to wear rhinestone jewellery just like your baby sisters, Kath was a yummy mummy, shown to have a bread maker and much athletic equipment left to get rusted. One thing which is strangely satisfying about this amazing show is that America tried to replicate this show, but was never able to nail Kath and Kim characters. The reason behind America’s failure is that this show is totally based on Australian culture and humour and no one else is able to crack these secret codes of the success of this show.

The countdown is an old Television show, which remained on air for around 13 years from 1974 to 1987. It was a musical show, although I was just lip-synching and somehow can be said as a fake show, still getting Australian music on your television in those days was a very big deal. So this show was a real hit. The show not only boosted local music but also can be considered as a national pastime. This music show also used to broadcast music videos, which were totally rare at that time. Although it was a cost-saving act, these videos represented foreign acts and honestly, Madonna and ABBA became stars in Australia due to these videos, before they got fame anywhere else in the world. This music show hosted by Molly Meldrum, glorified pop music. We all know that Molly Meldrum was an awkward interviewer, yet he was the only household name in Australian music journalism. The grandchild of countdown show, Recovery, however, was so shit that we know, it was real.

4. Packed to the Rafters

The Packed to the Rafters is such an amazing show that it is very famous in the Australian people. The plot of packed to the rafters has set an example for the rest of the series. This TV show actually highlights nightmare of every parent, funnily enough, all three of the grown children of parents come back to live at their home. While this Rafters family is very strange, they live in the suburbs of Melbourne. When this television show was on the air, it was the highest-rated Australian Television series of all times. As the story unfolds, Dave and Julie just started living at peace with themselves, when their children who were living separately come back to live with their parents. The reasons behind were Rachel got substance addiction, Ben got divorced and Nathan was just unlucky in case of money. This show is a light-hearted entertainment, touched the souls of many Australians. The show showed many social issues with a perfect balance of entertainment. We suggest you binge-watch this show to enjoy it the best.

Read More: Survival 101: The Top Ways to Survive in the Australian Outback

Another must-watch Australian Television show is the Love Child. This television show had a backdrop of the 1970’s in the Kings Cross, which can be said as the most attractive feature of this drama. The drama is based on the lives of women who live in Stanton House. This is the home to pregnant women who are unwed and single. The staff at this house works in the hospital which is adjoining to this building. The drama was basically inspired by the forced adoption policy, which was implemented between 1950s and 1980s. The drama portrayed love, passion and the concept of being right and wrong. The show had really strong women based cast. Interestingly this show coincided with the compulsory drafting and resulting protests of Vietnam War.

Prisoner on aired from 1979 to 1986 was such an exceptional show that we still cannot believe how it was made. Although this show is a little towards violence, it still is a very appealing show and attracted a large number of audience. Another interesting thing about this program is that it will feel like it is ahead of time as well as very specific to the era in which it was on aired. The grandchild of this show, although was very brilliant, still was unable to capture the brilliance of the Prisoner even for a bit. It is undoubtedly among the most loveable shows in Australia. This show is also remembered in Australia’s television industry as bringing up one of the best villains. Overall the show has 692 episodes and depicted many aspects including power struggles, many escape attempts, romantic relationships, as well as violent murders. Surprisingly this show also handled many taboo topics including women exploitation, homosexuality and abuse in the society with much honesty and grace. So make sure you check this show out and fall in love with its amazingness.

Underbelly is focused on the underground world of Australian Mafia. Although for us Aussies, our underground world in big cities like Melbourne and Sydney is entirely different as compared to the Italian mafia, still we will not recommend this television show for people who are faint-hearted. The first series of this television show was actually inspired by the story of a book written by two journalists John Silvester and Andrew Rule. Both of these journalists spent years researching crime and drugs which were very common in big cities in Australia. Altogether this drama has seven series which are based on the criminal history of a certain time period in Australia. Some of the examples showing the series based on real events include season one is based on the Melbourne gangland killings from 1995 to 2004 and how a truck driver was found to be the most notorious drug lords in Australia, similarly season five was based on a modern Sydney in which an underworld figure die while the police is set to catch him. No matter the season you choose to see, they will focus on some lesser-known stories of Melbourne and Sydney. Filled with thrill and adventure, you should really start watching this show.

Frontline makes us depressed, but we still love it. It was on aired from 1994 to 1997 and the fact that we can still relate to it is even more depressing. The most interesting thing about the Frontline was that it was not a lecture or a debate on current affairs for ratings of hungry media, rather it was a thrilling and catchy drama with its own plot and cast. I still remember when the staff managed to get an exclusive interview of the gunman in ‘The Siege’, although it was quite thrilling when the staff celebrated afterwards, we celebrated with them. After Frontline we will never be able to imagine a reported in field in front of the camera without Martin Di Stasio being five kilometres away from the action scene, which makes him look like he is in danger. Actually Frontline copied the hand-held camera shows with badly made dialogues where experts used to perform their high-risk jobs. And every time, after we have made the conclusion, this show turns the tables and tell us the truth.

Summer Heights High, a dilemma for all of us Australians about high school is just a television show, but very close to reality. So much that when you type Summer Heights High in the Google Search, the first prediction which appears is, is summer height high real? If you do not trust us, type and see for yourself. The show is basically a mockumentary which was written as well as starred by Chris Lilley, a famous Australian comedian. In this show, there is a fictional Summer Heights High school in Sydney. We call it mockumentary because it is pictured in the form of document like sequences from the perspective of three characters which you can easily spot in any Australian high school. Jonah Takalua is the bad-mannered, disobedient student, Ja’mie King is the private school exchange student who is an extrovert and Mr. G who is the overly strange Director of Performing Arts. The show being funny as well as relatable is highly addictive and we are sure, you would be loving this show once you start watching this masterpiece.

Another amazing television show in the Australian industry is Heartbreak High, which on aired from 1994 to 1999. The show was focused on many issues regarding freedom of speech, republic debate in Australia, domestic violence, sexual assault and much more. Although it was an ABC show, it was first got aired on Channel Ten in 1994. This show was set up in the high school in a multicultural suburb of Sydney. Heartbreak High was a challenge to the white male dominant Australian TV industry. The kids in this show were South American, Greek, Lebanese, Italian, Taiwanese and Vietnamese. Some of the children were also from non-English speaking homes. The show shows these kids clashing with each other as well as the migrant parents. But despite them having many cultural differences, all these kids shared the same ups and downs of adolescence, and yet they were essentially the same. This drama is different from the ones usually shown in Australian industry, was a hit.

Australian television shows are among the most-watched shows in the world. Australia is ruling the television industry for many years. Ten of the best television shows by Australia are discussed in this article, so we do not forget these gems. Let’s get the time and binge-watch these shows. 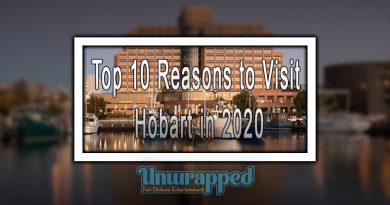 Whole Food and Healthy Food To Try In Australia 2020