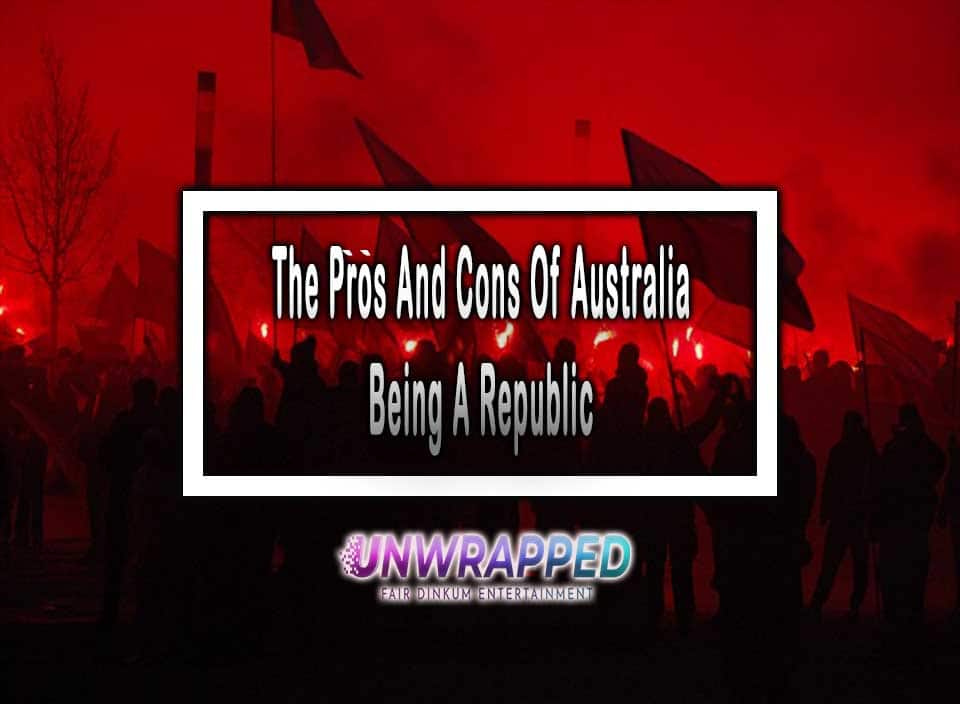 So, what exactly is a republic? A republic is a democratic society in which the highest public office is held by a citizen chosen on merit rather than a monarch who receives the post through birth. Australia has been a monarchy since the British colonised it in 1788. They carried their way of life, culture, and political system with them. This form of government has persisted to the present day. Some Australians feel that we should become a republic since we have achieved independence as a country and deserve to have our own name rather than being a part of Britain. Some argue that we should postpone establishing a republic until the Queen dies or retires, the global financial crisis has passed, or all of Australia’s other major challenges have been resolved. Tomorrow, as we all know, never comes. A republic in Australia is about us, not the Queen, Prince Charles, or the global economy.

● A more effective type of government

The primary benefit that a representative may bring is the most effective use of an executive law-making body. This legislative body is normally led and governed by the state constitution and legislation. The body is responsible for enforcing and establishing high-priority laws, policies, and decisions. People, on the other hand, have the right and freedom to vote to participate in and contribute to national policy. This, however, cannot be easy to handle in states with a huge population. People may readily exert influence over the situation by voting for a representative who they feel will reflect their legislative objectives. The selected individual will then implement policies that are in violation of the country’s constitution and benefit just a few people.

Also See: Top 10 Made Up Lines We Sing In Australia When We Can’t Sing Our National Anthem

The law-making body is made up of individuals chosen by the voters and given the ability/capability to develop or proportionate choices and policies. When persuading people to vote for the next step is tough, this is the most important method of establishing laws and regulations. Because 50 individuals becoming aware is more controllable than 100 million, the government should speed up decision-making. The sooner judgments are taken and the better government programs are completed to benefit its residents. This administration method intends to guarantee that elected authorities receive timely input on people-benefiting investment initiatives.

● On an Equal Footing, Citizen Representation

In this style of administration, those who are eligible to vote elect representatives to represent them and convey their thoughts and opinions to the parliament. Using this strategy, people may convey their ideas and intentions to their elected leaders.

If everyone has a voice/representative in the federal government, citizens will be keener to find ideas and stay up with what is going on in the country and with world government authorities. When a large number of people vote in an election, it means that they are valued when they participate or their ideas are taken into account by the government, according to national governance. Even though the opposition feels excluded at times because the elected official does not share their ideas, this style of government is the most effective manner of involving and involving people in the country’s advancement.

According to a House of Representatives general election poll, 80 percent of registered voters said they are excited to elect someone they like and who shares their values, indicating that this is the best way for them to express their ideologies through someone they believe in. They live in a culture where they must rely on others.

Representing political representatives, each with a specific wish for people in diverse regions enhances the effectiveness of government allocation systems. Any advice given by an elected official is taken as exactly what the people desire. When it comes to government infrastructure, social amenities, and other disbursements, it all boils down to what elected officials want for their constituents. Even if the other team has a different point of view, the winning team’s ideas build a more stunning picture for the audience. They can be a valuable choice if accepted since they influence a wider number of people.

Must Visit: Top Ten Of The Worst Crimes That Happened In Australia

A republican government is constitutional, which implies that everything that occurs inside the state follows the ideals of the constitution. When citizens delegate authority to representatives, they have a say in how their country is run. Because rulers and officials are chosen to positions of authority, a republican system of government is democratic. Representatives are held responsible to the people, and as such, they can be voted out in this situation. Under a republican government, law and order protect citizens’ rights and liberties.

Opponents of this system of administration claim that once the election or selection process is finished, the people’s voice in state government is likewise finished. Taking away their access to the legislative branch does not guarantee that the person chosen will do the same. In nations with high levels of corruption, this kind of administration has failed badly, since politicians and elected officials usually forget what they promised. While one delegate is sincerely committed to representing the public, many others have hidden agendas/policies that benefit them or a small group of people.

The candidate may not follow their pledge to the voters as soon as they are elected. They may instead labor for personal gain to further their entrenched interests. The most major issue and disadvantage is that it permits one individual to table and speak thoughts on behalf of the whole group.

● Spend a Lot of Money

Republican systems may be expensive to keep running. Elections typically need and use a huge amount of resources. This may have a detrimental influence on poorer countries. The Republican government works best in small communities. Many political parties strive for control of the highest levels of political power in a republican government, resulting in substantial conflicts. Leaders in republics with a low level of understanding may employ sugar-coated language to deceive the population and acquire power.

The benefits of having a republic style of government include extensive civic virtue cultivation, enhanced liberty, and just laws, while the drawbacks include widespread corruption and government inefficiencies. In general, the framework of a republic protects citizens against government abuse more than an authoritarian system; but, the distribution of power makes popular action less decisive.

Enjoy: Events That Lead To The Demise Of Ned Kelly

Stay Connected
46,896FansLike
5,663FollowersFollow
841FollowersFollow
Previous articleWhat is The Best Music To Listen To While on Ecstasy – XTC – MDMA
Next article5 Needs To Consider When Debating For Or Against An Australian Republic