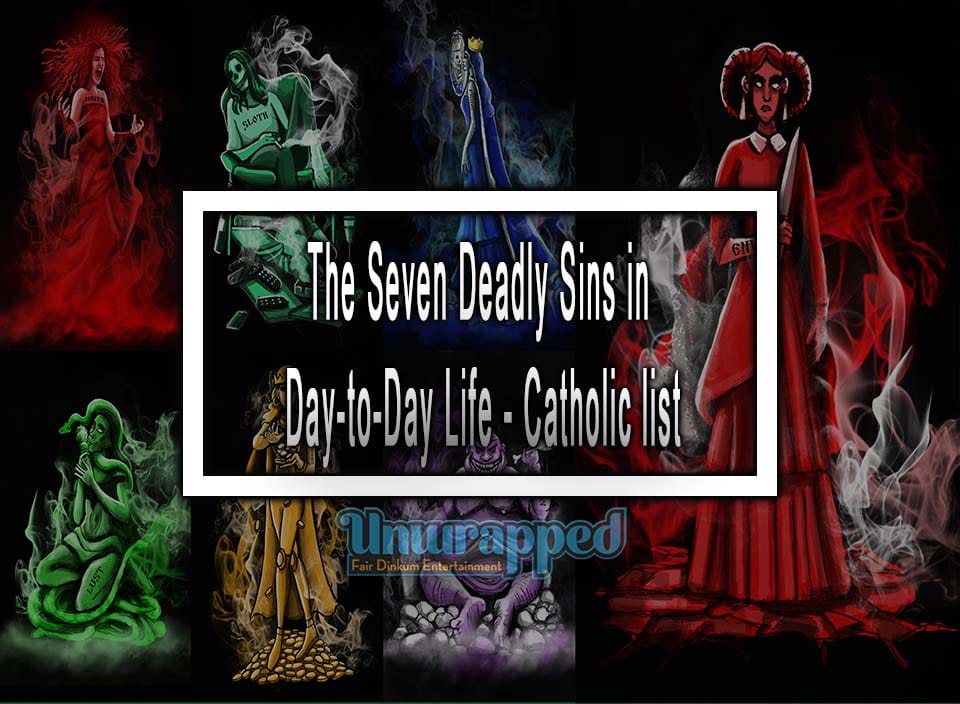 Understanding the 7 deadly sins and what they mean for day to day life is essential when searching for the best version of yourself. In this article, I will cover a short summary then link to a longer more detailed explanation of each sin. I have also made some cool custom artwork to represent each of the 7 Deadly Sins. What I find so fascinating about them is they are insidious sins because they can be hidden from view. For instance, it is possible to refrain from headbutting your co-worker in the face and still be devoured by anger.

Out of all the Seven Deadly Sins, pride is likely to be the most perplexing–isn’t it a good thing for us to be proud of ourselves? While it is true that pride is perfectly healthy when it accurately corresponds to your sense of self-esteem and self-worth, it becomes problematic when it represents an inordinate sense of superiority or vanity. Indeed, with the sin of pride, the self (and everything about it) becomes the main pleasure in one’s life; in the most extreme cases, it becomes the sole pleasure.

Full Explanation of Pride – Why is Pride, the Deadliest Sin

Whether we’d like to admit it or not, we all have a basic understanding of what envy feels like–how many of us haven’t coveted something about another person’s life before? It is perfectly natural to look upon someone else’s life and wonder what our own lives would be like under similar circumstances, but the sin of envy takes things to another (and much more malicious) level. Indeed, envy not only involves desiring what someone else has, but also bringing them down to a level of insignificance, as well as wishing misfortune upon them.

Full Explanation of Envy – Envy, the Darkest Secret of the 7 Deadly Sins

Anger is a very natural and quintessential part of the human experience. We learn the intense feeling of anger starting from an early age, and we also know just how destructive and unruly of a force it can be. Despite how wary we may be about our anger, it too often manifests as the sin of Wrath, which constitutes all the negative aspects of anger in addition to an inordinate desire for revenge. If we aren’t careful about managing our anger, we can become consumed by wrath before we even know it.

Full Explanation of Wrath – The Deadly Sin of Wrath

There’s nothing like a bit of relaxation after a hard day’s work, or even just kicking back whenever you have free time at your leisure. However, sloth differs greatly from mere relaxation–it is characterized by a complete lack of desire regarding everything, even the positive or enjoyable aspects of life. As there’s nothing to love or fear for the slothful person, they are perfectly content with just “being”. Worst of all, it’s alarmingly easy to transition from laziness–which is relatively benign–to the aimlessness and lethargy of sloth.

Full Explanation of Sloth – The Sin of Sloth Laziness Leveled Up

Greed, at its essence, encompasses the love of possessing, rather than the love of actual possessions. Greed most infamously manifests as an extreme fixation on wealth, but it also pervades all aspects of life in those who are afflicted by it. In particular, greed fosters an insatiable appetite for acquiring wealth without regard for morals, as well as a superficial appreciation for all things. A greedy person will unmistakably view everything in the world–money, property, even other people–as objects to be added to their unruly hoard.

Full Explanation of Greed – The Deadly Sin of Greed

Throughout history, human sexuality has been one of life’s most inexorable forces, being responsible for bloodshed, new life, and everything in between. Sex and sexual feelings are perfectly natural, and one shouldn’t be ashamed for harbouring or acting upon these feelings. However, lust introduces a slew of unneeded problems into what is traditionally a rewarding and intimate experience. In other words, while love is fulfilling, the sin of lust is emptying and malicious.

Full Explanation of Lust – Overcoming and Understanding The Sin of Lust

Gluttony is most commonly associated with the ravenous consumption of food, but it can apply to any aspect of life–even life itself. Regardless of what one is a glutton for, any joy derived from the process is not in the substance, but solely in the act of consuming. Thus, at its core, gluttony is perfectly represented by the notion of “living to eat” instead of “eating to live”.

Full Explanation of Gluttony – Gluttony in the Bible

During my year of change I have become aware of just how insidious these Sins can be, it’s hard and a lifelong struggle towards virtue, but fighting the good fight is part of being human, and just being aware that the war is on can be enough sometimes to fight back, and fight to win. 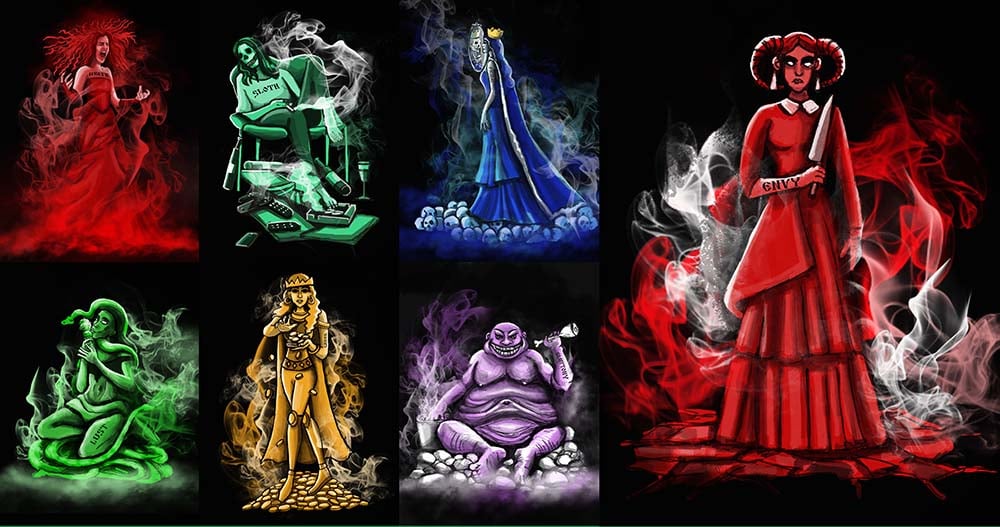 What are the sins of Catholicism?

There is no doubt that matters such as murder, theft, sexual sins, bearing false witness, etc. are taken sufficiently seriously by the Church to constitute grave matter. Anyone committing these sins, knowing full well that they are grave matters and nevertheless deliberately commits the sin, commits a mortal sin.

How to Choose a Gold Chain for a Pendant

How To Lost Body Fat Sustainably and Lasting – Day 164