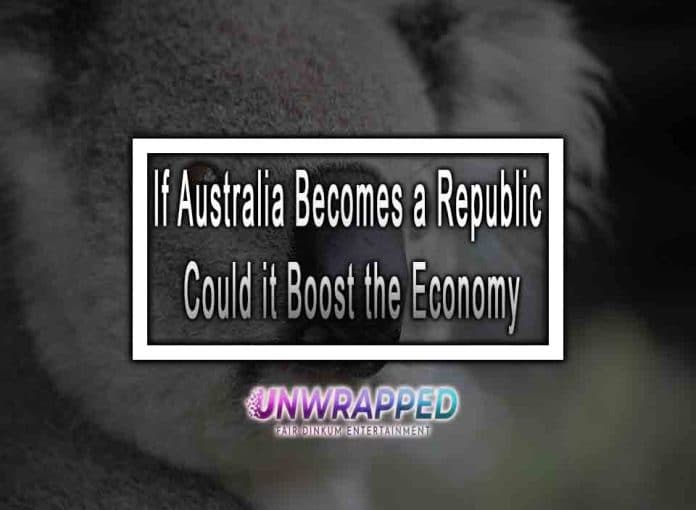 Some argue that if Australia became a republic, it could boost the economy. They say that it would increase tourism and investment, as well as create new jobs. Others argue that the cost of setting up a new government would outweigh any benefits.

There is no definitive answer, but it is an interesting question to consider.

Australia is currently a constitutional monarchy.

What is a constitutional monarchy?

A constitutional monarchy is a form of government in which a monarch–typically a king or queen–acts as the head of state within the parameters of a written or unwritten constitution.

In contrast to absolute monarchy–in which the monarch enjoys unlimited power–a constitutional monarchy typically has constraints on the exercises of their authority, such as laws passed by Parliament and/or adherence to precedent.

While the specifics vary from country to country, constitutional monarchies typically have a clear separation of powers between the executive branch (led by the monarch) and the legislative branch ( parliament).

In many cases, the monarch also serves as the head of the judiciary. Other countries with constitutional monarchies include Monaco, Morocco, Nepal, Oman, Japan, and Bhutan. Canada, Australia, and New Zealand are examples of Commonwealth realms–countries that have a constitutional monarchy but are not part of the United Kingdom.

The Constitution of Australia is the supreme law under which the government of the Commonwealth of Australia operates, including its relationship to the States of Australia. It establishes the framework for the laws, institutions, and values that shape Australian society and government.

There are several different models of republics, but they all involve the head of state being elected rather than inheriting their position.

There are pros and cons to both systems, but the key difference is that in a republic, the head of state is not a monarch.

What is a republic?

A republic is a system of government in which the people elect representatives to rule on their behalf. The word “republic” comes from the Latin phrase res publica, which means “public thing” or “public affair.” In a republic, the government is responsible to the people, and not vice versa. The United States is a republic, as are many other countries around the world.

There are advantages and disadvantages to any system of government, and a republic is no different.

What are the benefits of becoming a republic?

There are a number of potential benefits to becoming a republic.

One advantage of a republic is that it allows for a wide range of voices to be heard in government. Another advantage is that it provides stability and continuity, since there is no one person or family in charge.

It could also increase tourism and investment. Australia is already a popular destination for tourists, but becoming a republic could make it even more attractive.

Furthermore, it could increase Australia’s standing in the world. Some argue that being a republic would make Australia more “modern” and “progressive,” and thus increase its prestige internationally.

What are the drawbacks of becoming a republic?

There are also some potential drawbacks to becoming a republic. First, it could be costly to set up a new government. It would require a lot of debate to arrive at any decision. It would then take a lot of time and resources to transition the system into a republic.

Second, there is no guarantee that a republic would be any more stable or effective than the current system.

Third, it could also lead to increased division within Australia. The debate over whether to become a republic has been ongoing for many years, and there is no clear consensus.

Republics can be slow to respond to change, since decisions have to be made by a large group of people. Another disadvantage is that it can be easy for special interests to gain too much influence in government.

If Australia were to become a republic, the Constitution would need to be rewritten.

There are two main models for an Australian republic:

1) The Head of State is elected by the people

2) The Head of State is appointed by Parliament

The first model is known as the popular election model, and it is the model that is most often used in republics. Under this model, the people of Australia would vote for their President, who would then serve a fixed term.

The second model is known as the parliamentary appointment model, and it is the model that is currently used in Australia. Under this model, the Prime Minister would appoint the Head of State, who would then serve a fixed term.

There are pros and cons to both models, and it is up to the people of Australia to decide which model they prefer.

So, could switching to a republic help or hurt the Australian economy?

There is no easy answer, as there are pros and cons to both systems. It is possible that a republic could boost the economy by increasing tourism and investment, but it is also possible that the cost of setting up a new government would outweigh any benefits.

Ultimately, it is up to the people of Australia to decide whether or not they want to become a republic.

What do you think? Would an Australian republic be good for the economy? Let us know in the comments below.

Get This: The Impact of the Ageing Population on Australia’s Economy

Stay Connected
41,936FansLike
5,685FollowersFollow
820FollowersFollow
Previous article
Inflation? What Does it Mean and What Can You Do?
Next article
How To Protect Yourself Against Inflation

5 Facts to Consider Before Trading Forex in Australia

What to Look for When Evaluating an Investment Opportunity

Benefits of Using the Marketplace for Vendors and Buyers

The Importance of Ethical Leadership in Business

5 Facts to Consider Before Trading Forex in Australia

What to Look for When Evaluating an Investment Opportunity

Benefits of Using the Marketplace for Vendors and Buyers

Top 10 Tax Tips When Running A Business in Australia