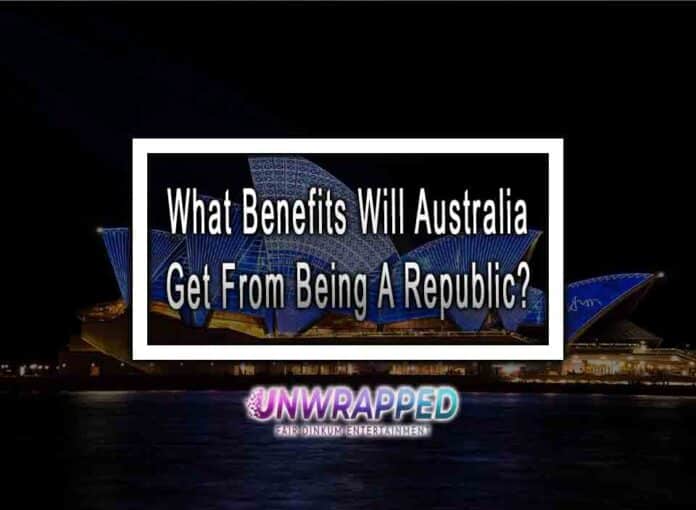 Australia is a nation in transition. While we have been an independent country for over 100 years, we still live with the vestiges of our colonial past. It’s time for Australia to face this reality and choose: do we want to be part of the 21st Century or continue as part of the 19th?

With all its trappings, the monarchy is an ancient symbol and a remnant of an Empire that no longer exists. It has become more than just symbolic – it’s actively holding us back as a people. This blog explains why.

Also see: Life After The Queen Time For The Australian Republic

Australia Will Have a Head of State who is an Australian Citizen.

As such, she does not live in Australia and does not contribute to our economy or culture.

The Queen also has no real power in Australia; all her powers are passed down by the prime minister of Australia.

Although she has a representative in the Governor General who influences matters politically in Australia.

Having an elected president who lives here among us Australians will allow us to feel closer together as one nation rather than being separated by distance.

For instance, now, with having someone overseas representing us on our behalf when they could be doing so much more good if they were living here amongst us instead of where we need them most right now.

The Decisions of a Foreign Power Won’t Influence Australia.

If Australia becomes a republic, it will no longer be bound by the decisions of a foreign power.

Australia is an independent nation and part of the British Commonwealth.

This means that countries in this association are all bound by the decisions made by their head of state—until her recent demise, it was Queen Elizabeth II in Australia’s case.

However, becoming a republic would mean that as citizens and residents of Australia, we would no longer have to follow these decisions or laws made by our head of state’s home country.

The current constitutional arrangements of the Commonwealth of Australia are unusual in that they are not based on a written constitution, and our laws derive from the United Kingdom Parliament via an Act of Parliament.

This means our system is more akin to that used by Canada, New Zealand, or India than the United States.

In addition, we currently have a federal government with limited powers; most significant powers are held by state governments who control their constitutions and legislation.

It is, therefore, an anomaly for Australia not to have its own head of state. The Queen appointed our Governor-General by an act of Parliament.

The relationship between these two parties is quite different from other countries, where there may be some unwritten agreement between their respective leaders.

Laws Made by Elected Representatives are Bound to be Fair.

The laws that govern Australia are made by elected representatives, meaning the people have chosen them.

The Australian constitution is based on democratic principles, which means that politicians are meant to act pretty and represent the interests of their constituents.

A republic will allow Australians to be heard and contribute to policymaking at all levels of government.

It will also ensure that politicians are accountable to the public, not just via elections but daily in their duties as office holders.

The powers given to parliamentarians under a constitutional monarchy include setting taxes and deciding how money should be spent on services like health care or education, making laws related to crime, making decisions about war, appointing judges, conducting foreign affairs, and entering into treaties with other countries.

Not To Miss: Australia Must Now Become A Republic

Civic Virtue and Knowledge is Promoted.

The benefits are not simply theoretical. The Australian Republic will bring about positive changes in how we think of ourselves, and interact with one another, our government, and the world at large.

It is important to note that the Republic will not impact Australians’ daily lives except when they vote in a general election or referendum.

As an Australian citizen, your rights as a citizen will remain unchanged: you can still vote in elections, you have free speech, you can join political parties, etc.

The Australian Republic will change how we think of ourselves as Australian citizens. Australians will no longer feel that they are a part of an outdated system but rather an active participant in developing their nation’s future.

Broader Participation in the Political Process for Citizens.

As a Republican, you can vote for the head of state, giving you more of a say in what happens in your country and how it is governed.

Being a Republic will make people feel like they have more stake in society and their community.

They will be more likely to vote because it allows them to elect someone who can make decisions on Australia’s behalf and represent our nation on the international stage.

More people will also feel confident about their ability to participate in politics because there will be no restrictions on voting based on gender or race – everyone can participate equally.

The political system would become fairer for all Australians making it easier for them to get involved with issues that concern them directly, such as climate change mitigation strategies or immigration policies.

Power is in the Hands of the People.

The power of the people is at the heart of a republic. In a democratic system, emphasis is put into the hands of the people, who can vote for and choose their leaders.

In a republic, there is also an elected head of state. However, this person does not have absolute power over a country and cannot make laws or change the constitution. The head of a state’s role is to represent the people and their interests at home and abroad.

Leaders Emerge Based on People’s Talents, not Their Birthright.

With a republic, the Australian people can choose their leader based on their skills, knowledge, and experience—not because of who their parents are.

This means that leaders come from all walks of life and don’t have to rely on family wealth or connections to gain power.

This is one of the main reasons why many people want Australia to become a republic: they feel it would give them more freedom when picking politicians for high-ranking positions.

Change and Reform Come About by Vote, not by Force.

Being a representative democracy, we elect our representatives, who make decisions in Parliament. An Australian republic is also a form of democracy.

A republic is different from the current system because a monarch does not bind it as its head of state but instead has an elected president. This means that change takes place through a public vote, not force or revolution.

Australia is a great country, but we’re still a constitutional monarchy that does bring down our international reputation. As a republic, Australia would be more respected and have more influence on the global stage.

Must Read: The Time Is Now For An Australian Republic

Stay Connected
41,936FansLike
5,682FollowersFollow
815FollowersFollow
Previous article
The Time Is Now For An Australian Republic
Next article
Why Australia Must Become A Republic