Skip to content
You are here:Home / Top Ten Of The Worst Crimes That Happened In Australia 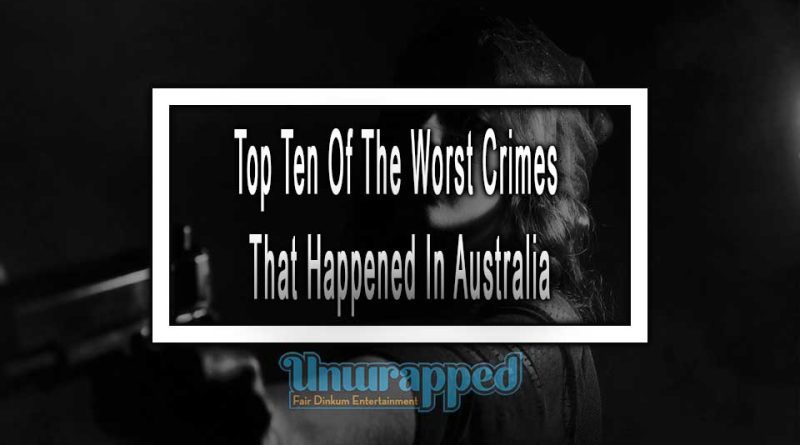 The Australian government’s tourism website proudly states that this country is very safe. With low crime rates, residents and visitors alike can enjoy Australia without fear (except spiders, maybe!) But it is not immune from monstrous people. Australia also has a history of shocking crimes, ruthless serial killers, notorious abductions, and horrifying massacres.

Here, you will learn the ten worst crimes that plagued Australia throughout its history.

Martin Bryant seemed to have no future ahead of him during his teenage years. He was a delinquent with a tendency of schizophrenia. With an intelligence quotient of 66, Martin Bryant could not read, write, or function normally in society. He also enjoyed torturing animals, drowning his playmates, and destroying their neighbor’s property.

But his mental deterioration led to the most infamous massacre in Tasmanian and Australian history. From April 28 to 29, 1996, Martin Bryant went on a shooting rampage. He killed 35 victims and injured 23.

This tragedy prompted the Australian authorities to impose sweeping gun restrictions. As for Martin Bryant, he became imprisoned for life in solitary confinement. Some sources also say that he cannot watch the news about his mass shooting because it delights him.

2.      The Backpacker Murders by Ivan Milat

Locals and tourists alike enjoy trekking the landscape of New South Wales. For some, hitchhiking is a part of the experience. Unfortunately, some of them would become victims of serial killers like Ivan Milat.

From 1989 to 1993, Ivan Milat picked up hitchhikers along the Hume Highway (one of the primary roadways connecting Melbourne and Sydney). But instead of bringing them to a nearby town, Ivan Milat killed them at the Belanglo State Forest. Their corpses discovered years later showed their horrifying and spine-chilling end.

He had seven victims, five of whom were tourists. Hence, Ivan Millat got convicted with seven life sentences without parole. He never admitted his crime until his death on October 27, 2019.

Snowtown was a tranquil town until it became the hotspot of a notorious serial murder incident. From August 1992 and May 1999, John Bunting, Robert Wagner, James Vlassakis, and Mark Haydon targeted 12 people they considered as sexual deviants. The group tortured them and took their proof of identity before ending their lives. They then hid their corpses in barrels filled with acid inside an old bank vault in Snowtown.

Because of this incident, tourists flocked to Snowtown for years after the trials. The local government even sought to change the town’s name to bury the infamy brought by the serial killers.

Eric Edgar Cooke’s childhood and teenage years got scarred by misery and trauma. Their parents were violent at each other, and he faced intense bullying because of his facial deformities. As early as six years old, Eric Cooke got expelled for stealing his teacher’s purse. He then found himself in orphanages and an asylum. When he was fourteen, Eric Edgar Cooke suffered from suicidal ideation, intense burns, head trauma, and severe injuries at a local factory.

But this does not excuse him from the horrors that would lead him to the death penalty. He robbed, raped, strangled, shot, stabbed, hit, and axed people. Eric Edgar Cooke even raped his dead stabbing victim and threw her into a nearby lawn. His crimes seemed random and unrelated, so authorities thought several criminals were behind them.

This case became infamous as an example of grotesque violence against women. On September 22, 2012, Jill Meagher got raped and killed while going home from a pub in Melbourne. The criminal, Adrian Bayley, had three other rape cases at the time, so the people got furious about the state’s justice system. In the end, Adrian Bayley will get jailed for life.

Anita Cobby had a promising future. During her teenage years, she won beauty pageants and tried modeling. But, in the end, she decided to become a nurse. He would meet his would-be husband while studying for this degree.

But on the night of February 2, 1986, she was kidnapped, raped, and brutally murdered. Her corpse got mangled with knife stabs and barbed wire. The gang of five men who did these also slit her throat.

The public condemned this case so much that they pleaded to the government to continue the death sentence that got outlawed recently. But the members of the gang got imprisoned for life instead.

In Adelaide, a mysterious group of politicians and professionals labeled as “The Family” tortured, abused, and killed five young men during the 70s and 80s. Only one of the perpetrators, Bevan Spencer von Einem, got caught and convicted for 24 years of imprisonment.

Although this incident happened more than fifty years ago, it remains infamous in the Australians’ consciousness. In 1966, the Beaumont siblings younger than ten went to Glenelg Beach in Adelaide to celebrate Australia Day. They have been missing since then, never seen again.

Investigations and witnesses say that they went with a tall man. Unfortunately, they cannot determine who he is as well. In 2018, the government announced that they would give one million dollars to anyone who could provide a lead about the Beaumont children.

9.      The Abduction of Willian Tyrrell

William Tyrell, a three-year-old kid, visited his grandmother’s home in New South Wales. But he could no longer be found since September 12, 2014. The police authorities report that his location was a hotspot for sex offenders during that time. Hence, they believe that William Tyrell got abducted by one of them. Nonetheless, his grandmom is also a person of interest as they consider that the boy might have fallen from the home’s balcony.

10.  The Murder of Eurydice Dixon by Jaymes Todd

Eurydice Dixon was an Australian actress and comedian who had a promising career. Unfortunately, she got attacked, raped, and murdered by Jaymes Todd as she went home from a pub. The Victorian public and government conducted vigils to commemorate Eurydice Dixon.

Also Enjoy: Events That Lead To The Demise Of Ned Kelly 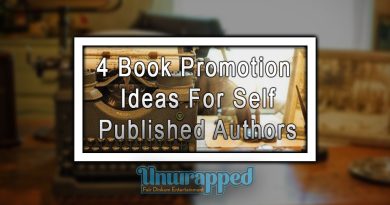 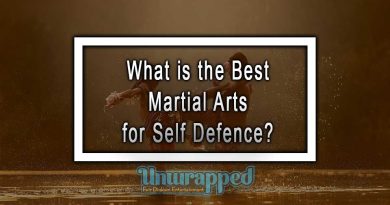 What is the Best Martial Arts for Self Defence?