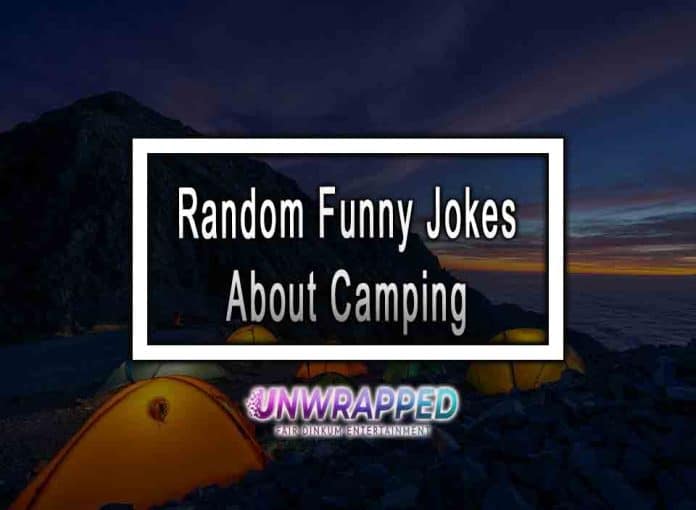 Ready for a laugh? I have collected from around the internet some of the funniest random jokes on Camping. See below 5 side spitting (or not) jokes on camping.

I think we should get some polar bears to help with the evictions at Dale Farm, I heard that they’re pretty good at clearing out campsites.

“I promised my romantic girlfriend the other day that I would stay up with until we see the sun rise in the British countryside.
A week later I’m starting to fall asleep.”

“My mate just spent an hour and a half sat in one spot desperately trying to put up a tent.
Camping noob.”

“After we all finished our main meal I asked the party if they’d like Baby Jellies?
One young lady laughed ‘they’re Jelly Babies!’
Confusion was soon lifted when I brought out the dessert”

“I despise bears so imagine my horror when out camping in the wilds, I ran into one.
Knowing it was me or him, I didn’t give him time to think and blasted him three times in the head with my hunting rifle.
Even though I had escaped this time, my ordeal got a whole lot worse.
Mrs.Grylls reported me to the Police and I’m now facing a murder charge.”