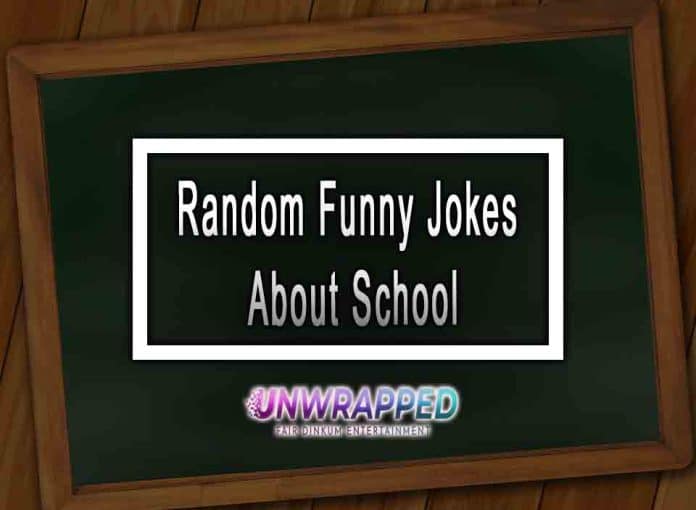 Ready for a laugh? I have collected from around the internet some of the funniest random jokes on School. See below 10 side spitting (or not) jokes on school.

“Like many people, I had no idea what to do after I left school.
But after thinking about it for a while, I decided to go home.”

“BBC News: “”Teachers all across Britain are holding a strike tomorrow regarding recent payment cuts.””
Somebody should tell them that it’s their own time they’re wasting, not ours.”

“I was called in to school to see the teacher today.
“”We’re a bit concerned about Lucy, Mr Carter as she seems disturbed about something. She spends a lot of time in the girls toilets and refuses to get changed for PE.””
“”That is worrying.”” I agreed, scratching my chin. “”When she leaves for school she’s Michael.”””

“Teacher: “”Imagine you are in a world with dinosaurs and a dinosaur was going to eat you. What would you do?””
Boy:”” Easy, stop imagining.”””

“My son just got an A in English.
Which unfortunately means he failed his spelling test.”

I was in school today when my teacher handed me a piece of paper that told me to write everything I know about World War 2. I wrote on the paper, “en.wikipedia.org/wiki/World_War_II”

“Just walked in on my illiterate brother sobbing about how difficult his English exam is going to be. I gave him a big hug and said, “”There, their they’re.””
He’ll never know the difference.”

“I used to think symmetry was really hard at school.
On reflection, it was easy.”