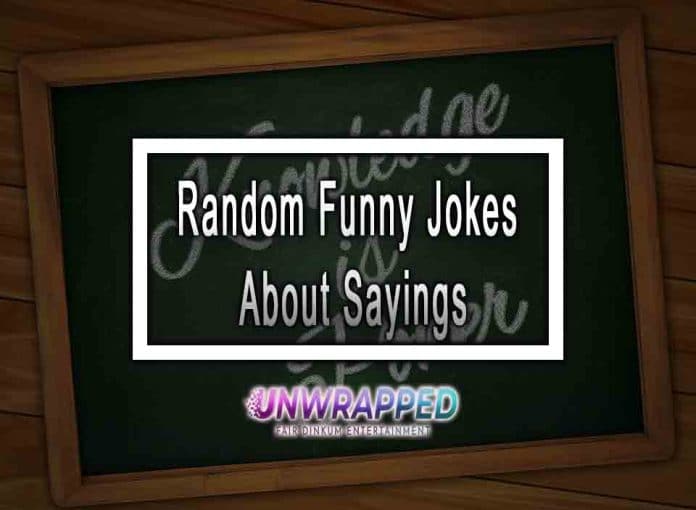 Ready for a laugh? I have collected from around the internet some of the funniest random jokes on Sayings. See below 10 side spitting (or not) jokes on sayings.

“The greatest thing about the internet, is that you can quote something and totally make up the source.” – George Washington.

“I was at a very awkward party last night in an Igloo.
I tried to break the ice, but it just made things worse.”

“Bigger is better.
Unless it’s a tumor.”

“My old man used to say “”When in Rome do as the Romans do…””
That was just before he got locked up in an Italian prison for murdering 20,000 Christians.”

“I was taught, the real secret in business is honesty.
Absolute, irresistible, downright, honesty.
Once you learn to fake that, you’ll make a fortune.”

“Never judge a book by its cover.
Use the paragraph on the back, it tells you what the story is about.”

“My friend said he’s going to set a new standard in pubs by opening one on the top of a mountain.
Personally, I think he’s raised the bar too high.”

“My Korean mate was going to cook his wife a surprise birthday dinner.
But someone let the cat out of the bag.”

“They say, “”Crime doesn’t pay.””
Well, I work in Cash Converters and apparently it does.”