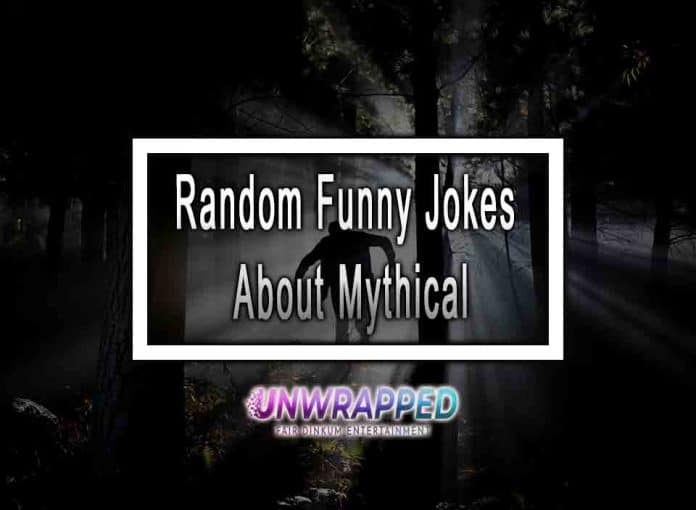 Ready for a laugh? I have collected from around the internet some of the funniest random jokes on Mythical. See below 10 side spitting (or not) jokes on mythical.

If vampires can’t see their reflections, how come their hair is always so neat?

“After watching a few zombie films I’ve come to the conclusion that I would be a cameraman in the event of a zombie-apocalypse.
They never seem to attack them.”

“Vegetarian Zombies;
They want your grains.”

“Why are there no vampires on Facebook?
Because they can’t take pictures of themselves in front of a mirror.”

“When I get to the age where I can’t walk properly I’m going to dress up like a zombie…
and follow somebody.”

This Hallowe’en I’m saving money on zombie DVD’s. I live in Stoke, it’s chucking out time and I’ve just opened the curtains

“Went to a zombie party last night.
It was dead at first but eventually things started coming alive.”

“Top Tip
Girls date a zombie. He’ll love you for your Brains.”

“My wife said, “”Imagine we’re sat here now, and flesh eating zombies started smashing their way into the house… What would you do?””
I said, “”Hide behind you…
…you big fat tasty looking lump.”””

“What’s A Vampires’ Version Of A Lollipop?
A Used Tampon.”