Top 10 Reasons to Buy A Property in Australia 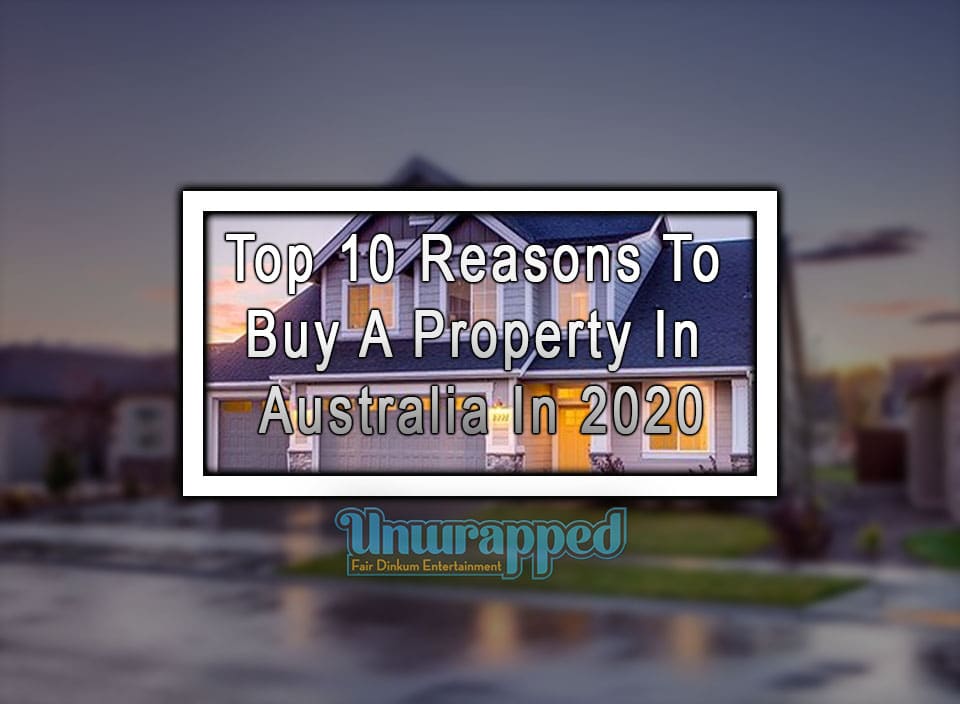 Here Is Why You Should Buy A Property In Australia

Owning a house is everyone’s dream and if your house is at “heaven on Earth” then it is worth the investment. Buying a property in Australia could be one of the wisest decisions you would have made in your life. The country is witnessing a surge in its population with a parallel increase in property demand. A glimpse at Australia’s property market report for the year interestingly highlights, increase in property cash rates are not expected as the economy is likely to be strengthened exponentially by that time. If you are planning to invest your money in buying land in Australia, then you are in the right place, as here we have curated top reasons for you to buy a property in the country.

One of the emerging economies in the world, Australia has surpassed many countries when it comes to industrial growth and revolution. The country has hit the mark globally in agribusiness, energy sector, higher education, financial services, and above all tourism. What is more, Australia is building its capacity in a wide range of sectors from healthcare to technology. The country’s strength is its resources sector which has attracted investors from continents like Asia which greatly relies on the smallest continent in the world to fuel its industries. A quick glance at Australia’s industrial standing tells that gold, uranium and iron ore are produced in the country in quantities greater than any other country in the world and the country has one of the robust agriculture sectors in the world. Australia’s tourism market stands at seventh place internationally and it is 3rd most famous tourist destination among students. This illustrious industrialization in the country makes it the perfect place to invest as thriving industries is paralleled with the country’s booming economy.

For 28 years in a row, Australia’s economy has remained in the annual economic growth due to which it has set a record for unremitting economy expansion among the developed nations. The nation’s economy is the fourteenth largest in the world. Such records speak for the robustness and resilience of Australia’s economy and prove the country’s worthiness for investment in property and business. In fact, Australia is one of the safest and low-risk countries to live. Strong institutions, ability to cope with global challenges and services based economy underpin Australia’s stable growth. For investors, the country presents a practical ground where cost-effectiveness is essentially guaranteed and dividends are provided sooner than expected. High population growth is the major factor in real estate investment. In major cities of Australia like Sydney and Melbourne, population growth will continue to rise therefore; investment in these states is alluring.

Property in Australia has a remarkable straight record of capital growth for applicable and looked-for property types. Though future growth cannot be predicted from history and such an illustrious growth can never guarantee an equally good future growth but here, we can be a bit generous and accept that 200+ years of reliable property price growth could also mean the same in future. Australian Bureau of Statistics forecasts that the population of Sydney and Melbourne will be doubled by the mid of this century. But the country has not built enough property to entertain this massively growing population. This difference in demand and supply chain might go in favour of those wishing to buy a house in the land as property rates will hold their value over time.

Read More: Mistakes to avoid when buying property in the Australian Market

Why not buy a property in a country which has 9 out of 10 Fortune 500 companies and 8 out of 10 Forbes 2000 enterprises functioning in its premises? Australia has an open and well-integrated economy that is recognized globally. This makes the country an ideal place to invest and trade. The country has strong international ties with Asia and Oceania where top 10 Australia’s market goods are exported. What’s more, Australia has friendly policies and the country’s free trade agreements with economic giants globally accelerate the flow of merchandise, goods, and services. International enterprises can easily tap into Australia’s bottomless business links and cultural ties with the Asian continent so as to enter global value chains across the region. In view of such remarkable international ties and because of the ability of Australia’s property to uphold balanced rental yield with positive capital growth, buying a property in Australia becomes indispensable.

Some raw estimates show that the eastern coast of Australia will be booming with people in the coming decades. Some of the most scenic cities and popular tourist destinations of Australia including Brisbane, Melbourne, and Sydney are lodged in that region. Growing population brings with it productivity and opportunities especially when the economy of the country is flourishing. This scenario perfectly fits Australia which is the hub of industrialization and holds great investment potential where only 0.2% of country’s land bearing 75% of the population adds 80% to the economic activity of the country. Look no further than the eastern coast of Australia if you are seriously planning to invest your money or buy a property in Australia. These cities being the tourists’ hotspots offer some of the most beautiful places to build your own house.

The biggest secret of Australia’s flourishing economy is an investment in education, science, and innovation which have earned the country the 5th place globally in entrepreneurship. Not only this, the country is involved in cutting-edge research and innovation. It has huge cultural diversity and a significant portion of the population is multilingual speaking Asian or European languages. This diverse population has an entrepreneurial mindset and innovative spirit. One of the leaders in quantum and blockchain computing, Australians have potential in agri-tech, fin-tech, food technology, and medical technology, among others. Such an intellectual approach, thriving capital, and an integrated attitude make Australia an ideal place to live.

Let me give you a more convincing reason for buying a property in the land Down Under. If we talk about brilliance, elegance, and uniqueness, Australia’s infrastructure has got it all. The country is spending billions of dollars on infrastructure building and upgrading. Improvement of infrastructure brings with it economic boost which calls for more investment in land and business. For a property investor, such infrastructure presents incredible prospects for growth. With a large and stable economy, risks for investment are quite low whilst the dividends are on the high side given the right location and properties are selected.

You must be wondering how imperfection could be a reason for buying a property in Australia but just note it down that Australia’s property has got a unique advantage in that it is imperfect and large at the same time. The country doesn’t have a single property market but an assemblage of many large individual property markets sprouting here and there. You would encounter huge variations in property prices from states to cities to suburbs, to outskirts, to coastal regions. This presents an amazing opportunity to invest less in the land and sale when the cost of the property increases. Besides, investment in Australia is an easy peasy job, unlike other countries which have very strict investment policies; Australia has flexible rules in this connection. Neither you need country’s citizenship nor have you to set up a company to buy land in Australia. The Government has taken important steps to make the property buying game mild.

Mark Australia as one of the hot favourite places in the world where you can live, study and invest. Its picturesque sun-kissed beaches attract thousands of people from across the globe. What natural wonder country has not to offer? Australia’s gorgeous coastlines, serene waters, creepy national parks, mouth-opening waterfalls, luscious islands are a great attraction and above all, the country’s diverse delectable cuisine is cherry on the cake. It is anticipated that in the near future the trend of immigration to Australia will rise so the property prices are likely to hike. So, you must not wait for that to happen, just find a good place that suits you well and buy your dream house in a dreamland.

Let’s talk about some economics; Australia’s GDP is likely to rise at a steady rate in the years to come. It is one of the most advanced economies in the world which makes it an excellent location to invest. With such a good record, you could not hold yourself back from buying a property in the country. Australia has got the world’s best universities to study in and the most prominent industries to invest in as well as to earn a job in the world’s top economies.

Summing it all up, Australia is just a great place to live. The country has a thriving economy, resilient infrastructure, skilled manpower, tremendous job opportunities and the best educational opportunities in the world. The World Competitive Workbook says that the economy of Australia is one of the most resilient ones in the world. Further, the country has witnessed consistent steady growth for more than two decades. Its strategic position is an added benefit for buying a property as the region is fastest growing in the world.

Why do people want to buy property?

Often driven by a desire for independence, freedom, self-expression, control of one’s environment, and a wish to build equity in real estate over time, first-time homebuyers flood the market once they have the financial means to do so. The first home purchase is often the easiest you will ever make.

How To Encourage Customers to Recycle Your Packaging

6 Things to Consider When Starting a Home Staging Business

5 Ways To Become More Productive In The Office