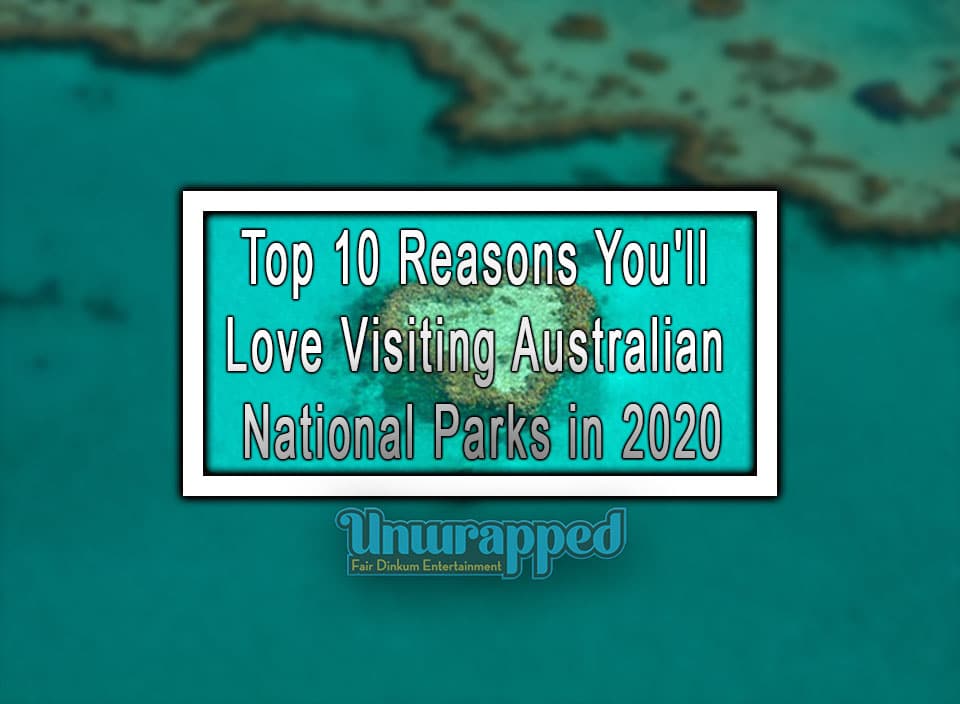 Explore The Immense Biodiversity by Visiting National Parks in Australia

Tourists from all around the world visit Australia to explore its natural beauty, mesmerizing beaches, incredible landscapes, and beautiful biodiversity. The Australian island is known to have more than 500 national parks. Around 19 of these national parks have been designated as World Heritage Sites by UNESCO. These parks are habitat to immense biodiversity of not only plants but for animals too. Due to the presence of such exotically beautiful biodiversity, Australia can be said as the perfect destination to enjoy the vacations. Let’s explore together the beauty of Australian national parks together.

Kakadu National Park is a worth visiting place, not because it is very beautiful and picturesque. The reason to visit Kakadu is its extreme biodiversity. There are many chirping birds found in this park. It is rightly said that around one-third of the bird species found in Australia live in the swamps and waterfalls of Kakadu National Park. This park is located at a distance of 3 hours’ drive from Darwin. The swamps present there is a natural habitat of crocodiles and water lilies. The history states that these swamps in the Kakadu National Park were once part of a base camp of the aboriginal nationals of Australia who used to live in the caves of Kakadu. The caves of Kakadu are a true depiction of that legacy of bininj/mungguy in the form of the cave paintings after as long as 50,000 years.

If you are interested to explore a perfect scenic landscape that combines with ocean and features a mesmerizing rock formation, then you must visit Port Campbell National Park in Australia. These rock formations were made as a result of wave action of the Southern Ocean currents. Some of the rock formations in Port Campbell National Park are named as the Twelve Apostles, Loch and Gorge, and the London Bridge. Since this national park is located on the Victoria state’s Shipwreck coast, so if you are interested to gather some information about old shipwrecks, this park must be your go-to place. The natural biodiversity of Port Campbell National Park comprises of orchids and peregrine falcons. You can just walk around the park and find spectacular views or drive at the Great Ocean Road.

Among one of the most amazing national parks of Australia is the Litchfield National Park. This park is located very close to Kakadu National Park. It is a heaven for the people who are in love with nature and trekking. Some of the main attractions in this region are Florence, Tolmer, and Wangi waterfalls. These waterfalls form a natural pond which is suitable for swimming. If you do not want to hike in the Litchfield National Park, then you can just book a 4 x 4 vehicle and travel towards the limestone domes of the Lost City. You can also go to the Blythe Homestead Ruins to find the ruins of the mining area.

Read More: Top 10 Things To Do in Byron Bay, Australia

Combination of the ocean with amazing rock formation is one thing that is known to be famous in Australia. The Nambung National Park is a place, which offers this combination to its visitors. The oldest of these rock formations date back to more than 3.6 billion years, and they are not in water like the 12 Apostles, rather they are present in a desert adjacent to the ocean, known as the Pinnacles Desert. If you visit the Nambung National Park, you will be amazed by seeing the hundreds and thousands of pinnacles or pillars which are rising up from yellow sand of the desert. It is located at the coast of the Indian Ocean. Some of these pinnacles are short in size and some are much tall. Besides these pinnacles, the Nambung National Park is famous for its abundant biodiversity. There are around 176 different species of animals in this park. You can spot red kangaroos and dingoes in this park. If you are lucky enough to be there during the migration season, then you can even spot humpback whales.

Daintree National Park, a mesmerizing place to visit in Australia, is famous for its magnificent rainforest. These rainforests are known to be the oldest of their kind in this world. This national park is situated in the far North of Queensland and houses great biodiversity of flora and fauna, which is particular to only this place. Another thing for which Daintree National Park is famous is its rainfall. The place gets abundant rainfall around the year, and the rain conditions are worse during the summer monsoon weather. Floods during summer are very common in the region due to heavy rainfalls, but if you manage to see beyond this flooding, the Daintree National Park is at its most beauty during this season. You can spot box jellyfish, which is very active on the coast at this time. The freshwater swimming holes are also the cleanest during this time of the year.

The Flinders Chase National Park is located in the Kangaroo Island. It is a natural animal reserve in South Australia. Here you can find koalas sleeping in the trees, sea lions and a number of kangaroos jumping. The Flinders Chase National Park is a place where you can experience the beautiful sunset, the magic to which is added by the light and the shadows formed due to Remarkable Rocks present in the place.

The Cradle Mountain-Lake St Clair National Park is among the most astonishing national parks in Tasmania. This huge park is home to a large range of environments, including the areas covered by dense rainforests to the alpine mountains. The park is named after the Cradle Mountain which is at the north and the Lake St Clair which is at the South of the park. If you love hiking then there is a six-day Overland trek for you, which will take you down towards spectacular mountain sceneries. It is one of the most popular natural areas in Tasmania, due to its picturesque nature.

If there would any be a new Jurassic Park movie, the forests in the Mount Field National Park would be its set for the making. And you will know the reason why we say this when you will visit this national park. It is occupied with giant eucalyptus plants and ferns. There are multiple swamps in the park and you will feel like you are in some science fiction film. Amazingly the landscapes in this park also change with the season. During the time period of April to May, trees here are coloured with golden, whereas, during August it is so snowy that you can ski here. The Russell falls in this park are world-famous for being the most magical landscape. No matter in which season you visit, this park has immense to offer you.

The Great Sandy National Park is located on Fraser Island in Queensland. This place is a wonderful destination for the people who love to see dingoes in their wild habitat. Fraser Island is the largest sand island on the globe. The Great Sandy National Park is home to hundreds and thousands of dingoes, which are a protected species here. While you are here, you must follow park safety rules because these animals are sometimes dangerous for humans. Besides dingoes, you can see wonderful features of this park including a number of beaches and beautiful swamps. Mangrove forests with a variety of birds are also present in Great Sandy National Park. You can visit Cooloola on a 4 x 4 vehicle or just walk for 5 days if you enjoy trekking.

If you are travelling to Australia, it mostly involves a long flight, because it is the other corner of the globe. But you can surely use the time in your flight to sleep because once you land, you will be rolling to cover all the national parks in Australia. There are more than 500 national parks in the region and every park has different features. Some are made of spectacular limestone, rock formations, biodiversity, rainforests, beaches, and whatnot. The amazing flora and fauna of the national parks in Australia will make you feel awed. So enjoy your time with our exotic kangaroos, dingoes, koalas and much more.

Why does Australia need national parks?

Australia has thousands of national parks and conservation reserves to protect Australian native landscapes such as rainforests and eucalypt woodlands, as well as unique native plants and wildlife.

Top 10 Most Remote Places in Australia to Visit

Rainy-day outfit don’t be shocked by The Weather

Grow Vegetables In Your Backyard