Skip to content
You are here:Home / Top 10 Natural Resources In Australia 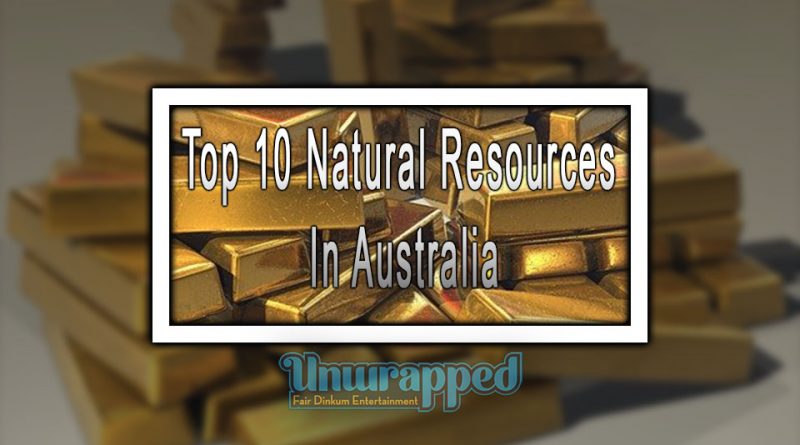 Australia also known as the Commonwealth of Australia is a continent rich in natural resources. Australia is a sovereign state and is mainly made up of mainland Australia and other islands including Tasmania. The Australian country has a surface area of around 2,969,907 square miles, making it the sixth-largest country in the world. Natural resources like minerals, incredible agricultural land, natural gas, and wonderful land features are abundant in this country. Its natural resources are the basic reason behind booming tourism in the region. The country has become the strongest global economy because government utilizes all these natural resources in Australia very efficiently.

The production of gold in the country is a major natural resource in Australia. The country is the second-largest producer of gold in the world, first being Chile. That makes Australia really a golden country. We all know that gold is one of the rarest element on earth making only 3 ppb of outer layer of earth. And due to its rarity and its properties, gold is among the most expensive of the natural resources of earth. Since there are very few yellow-coloured metals, gold is one of them. It is a very interesting substance because it is malleable, appealing to eyes, ductile and a good conductor too. It is heavy in nature and its weight is 15 times more than water. In Australian gold mines, it is expected that the concentration of gold in eastern states took place as early as hundreds of millions of years ago, and in Western Australia, this concentration took place around thousands of millions of years ago. After these millions of years of concentration, these rocks with the gold veins are now exposed to the surface of earth and they are eroding. With this erosion, the gold present in these rocks gets washed down to creeks and results in formation of alluvial gold deposits. Due to the water action, gold further concentrates and makes secondary gold deposits.

Another very common natural resource in Australia is coal. According to estimates, coal deposits in Australia are as large as 24 billion tons. One quarter or we can say around 7 billion tons of this coal is black coal or anthracite. These reserves of black coal are deposited in Permian sediments along the Sydney Basin of New South Wales, and Queensland. The deposits of brown coal are found in Victoria. This type of coal is used in the production of electricity. Due to the immense natural reserves of coal in Australia, the country consumes its domestic coal and exports the surplus amount of coal produced.

When we count different natural resources of Australia, petroleum reserves are always on the list. Situated in Western Australia, petroleum reserves are among the most important natural resources in Australia. The variety of natural reserves of petroleum resources include crude oil, natural gas, and condensate. There are many refineries in the country which produce final products of petroleum for domestic use, however, major part of these products are exported to foreign markets which in return generate huge foreign exchange reserves. It is estimated that the natural gas reserves in Australia are stretched over an area of 3921 billion cubic meters. Approximately 30% of these reserves have been proved commercially. According to estimations, the country is blessed with more than 58 billion barrels of oil shale reserves. Besides the oil shale reserves and natural gas reserves, Australia is also famous for the production of LNG or Liquefied Natural Gas. Stats suggest that during 2004, Australia accounted for 6% of the trade of liquefied natural gas around the world.

Australia has large reserves of minerals, whose presence has a very beneficial impact on the economy of the country. Human’s history and patterns of settlement in Australia also suggest the differential minerals found in the place. The demographic pattern of Australia in this age highly depends on the deposits of alluvial gold. After World War II, the world has seen discoveries of many minerals in Australia including gold, bauxite, manganese, iron, opals, sapphire and other gemstones.

When we talk about the marvellous natural resources of Australia, how is it possible not to talk about the land features of the country. Due to its natural features, Australia is among the most attractive tourist destinations in the world. The tourism sector of Australia accounts for more than 3% of GDP. And the blooming tourism in the region is the reason behind the employment of more than half of workforce of the country in this sector. People visit the country because of the Great Barrier Reef, MacKenzie Falls, Shark Bay, Uluru, The Pinnacles, The Twelve Apostles, Whitsundays Island, Ningaloo Reef, and much more. The most important natural feature in Australia is the Great Barrier Reef which is the only feature on earth that can be seen from space. It is estimated the reef system is as old as 25 million years and stretches over an area of more than 2300 kilometres. The Great Barrier Reef is home to more than 1000 different types of corals and thousands of different species of tropical fish. However, this system is getting polluted due to a large number of visitors from around the globe. Uluru another famous destination in Australia, is very well protected because it is considered as a cultural heritage. It is a spiritual and sacred place for the aboriginal locals of Australia. Also known as Ayers Rock, Uluru rises to the height of 1,142 feet and has a circumference of approximately 6 miles. This rock is shown to have different hues depending upon the time of the day you visit.

The Australian economy is vastly driven by natural resources. Besides the mining industry, the natural resources have also led to boom in tourism industry. Australia is a natural home to most of the important minerals of the world. From gold to uranium, iron to nickel and petroleum to natural gas, every type of mineral can be found in Australia. The country also is the largest exporter of black coal, iron, alumina, zinc, and lead in the world. When it comes to exporting uranium, Australia is the second-largest world exporter. The natural landscapes and beaches further add to the natural resources of Australia. 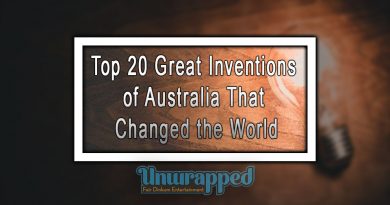 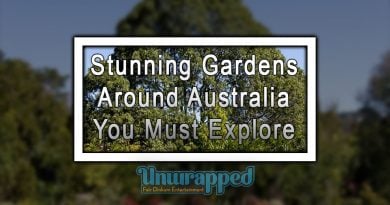