Skip to content
You are here:Home / Top 10 Netflix Shows in Australia to Watch in 2020 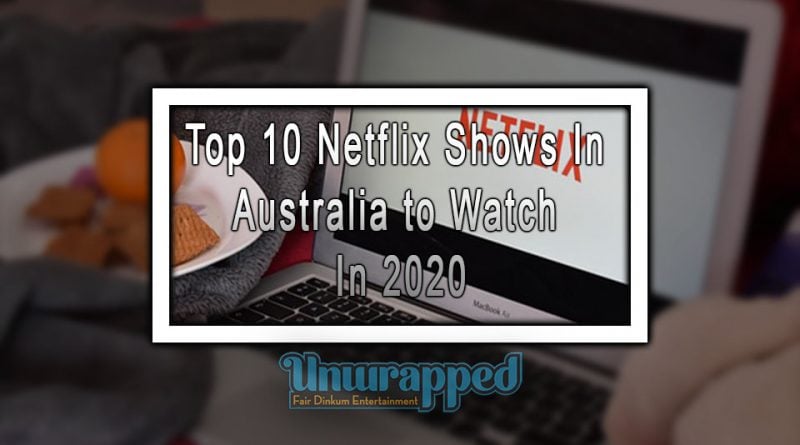 Netflix Australia: What to Watch in 2020

Netflix Australia has got all that you can think of entertainment: from the transfixing thrillers, quirky detective seasons, spooky horror numbers to enthralling sci-fi and insanely endearing animated series. Counted as one of the most celebrated streaming services in Australia, Netflix has made quite a niche by launching a world of add-free screening of TV shows. The excitement never ends on Netflix Australia where every now and then new shows and series are broadcasted. And our quest for next Netflix binge goes on and on, so just gear up as here is our picks of best Netflix shows to watch in 2020.

Are you ready for the nasty, exciting, thrilling and frenzied breakdown happening in the Jurassic Park series? Well, it’s better to start afresh from a camp, because Netflix and DreamWorks Animation are bringing for its brave viewers an action-packed animated adventure series premised in the Jurassic Park franchise. So, here goes what we know yet. A clan of six “chosen” teenagers will have once in a lifetime experience at a new adventure camp just opposite to Isla Nublar. But luck would not be on their side as Velociraptor – the dinosaur featured in the series – gets loose, the teenagers will be stranded in the camp cut off from the outside world with no hope of help. What worst could happen this time? It’s the moment to dust off those forsaken maths books again on Chaos Theory. Scott Kreamer, Lane Lueras, Frank Marshal, Colin Trevorrow, Zack Stentz and Steven Spielberg are all putting in their magic in the production of the series, which will be set during the timeframe of 2015’s Jurassic World events.

Topping the charts of Australia’s favourite Netflix show, You is a provocative psychological thriller to sink your teeth into. Created by Sera Gamble and Greg Berlanti, the series features remarkable performances from Luca Padovan and Shay Mitchell. Though the producers definitely had no idea that the show would become a Netflix phenomenon, Sera Gamble admitted that it was created with the streaming service’s binge-release model in mind. The show has taken its viewers by storm through its anti-romantic wit which twists the typical “boy meets girl” tale into a nail-biting psychosomatic thriller. What we already know from the previous season is that a charming bookstore manager Joe Goldberg (Penn Badgley) falls in love with an ambitious writer Guinevere Beck (Elizabeth Lail), the stunning woman who drove Goldberg madly in love. So guys, get ready to once again dive in the romance-cum-thrill as this Netflix kick is far better than anything you could have wished for 2020.

Ask Leon Logothetis and he will tell you what kindness really is. The series is about the London based broker cum author, TV host and motivational speaker, who spends his time moving around the world on a trip that reflects kindness, open-handedness, and the human spirit. Logothetis’ believe in the generosity of this world kept him moving without a single penny in his pocket. A must-see show, The Kindness Diaries, pictures a completely different angle of life, the one in which self-interest and money doesn’t matter at all. The show teaches a good lesson that little acts of kindness always pay as the show star Logothetis gathered the kindness and persevered on his journey of helping others.

This show can be better called as the new Breaking Bad for the fact that it tells the tale of the main character pretty much out of his depth dealing with a Mexican drug league. In contrast, in Ozark, the leading character is instead involved in money laundering on behalf of bad guys. Who could have done the leading role better than Jason Bateman (Marty Byrde), capably supported by Laura Linney (Wendy Byrde) who played Marty’s wife? When Marty found out that his money-laundering scheme has flopped, he quickly relocated his family from the Chicago suburb of Naperville to the summer resort community of Osage Beach, Missouri, to get away with their cartel-related problems. But alas! Marty’s plan gets failed and the events took a turn when upon reaching their planned destination, the family was confronted by local criminals including Snells and Langmores. Not as hilarious as Breaking Bad and graver at times, Ozark is a show for the fans of crime and drama genre.

Thanks to Ricky Gervais for coming out of the same old romantic witty series and producing a popular and hit series, After Life, that has finally re-energized Netflix. Gervais takes the role of journalist Tony Johnston, who was living a perfect life until something terrible happened in his life. His wife, Lisa Johnston (played by Kerry Godliman) passed away after struggling with cancer. This agony turned Tony into an extremely insolent honest with everyone around him. He decided to do and say whatever he likes. Considering his attitude as his Super Power, he pushed away anyone who tried to help him cope with his trauma but in turn, he was met only with kindness. The show is a string of tear-jerking yet hilarious experiences balancing tragedy and humour. Be ready to watch all-time favourite Ashley Jensen, Tony Way, David Bradley, Tom Basden, Diane Morgan, Mandeep Dhillon, Roisin Conaty, Penelope Wilton, Tim Plester and Paul Kaye.

Good news! Netflix is coming up with another season of the British historical fiction TV series – The Last Kingdom – in the next year. Who knows that soon Game of Thrones will pass its reign to this fantasy offbeat favourite when the show has done with its final episode? This Viking drama, one of the titles being thrown around, is based on Bernard Cornwell’s series of novels titled: The Saxon Stories. The show features the journey of fictional protagonist, Uhtred of Bebbanburg, raised by Vikings. Having forced to serve King Alfred, Uhtred is entrusted with the task of training Alfred’s soldiers to fight the attacking Danes. As Alfred the Great defends his kingdom, Uhtred dreams of returning to his ancestral home to claim his birthright. This historic show is one of the most high-demand titles streamed on Netflix Australia.

7. The Haunting of Hill House

Moving between nostalgia and present-day drama, The Haunting of Hill House features heartbreaking events of Crain siblings’ childhood and the way that tragedy has shaped each character’s adulthood. Just around the Halloween, Netflix came up with its exquisite and eerie adaptation of The Haunting of Hill House, the critically celebrated 1959 horror novel of Shirley Jackson. This supernatural horror drama has already been filmed twice but for the first time ever, Jackson’s novel has been re-considered for binge-TV streaming pleasure. Hugh and Olivia Crain and their five kids in 1996 moved into a vacant empty Hill manor in order to renovate and resell it but soon events took a turn and things start bumping in the night. The spine-chilling show gives its viewers plenty of horrifying, thrilling and hair-raising moments.

8. Kipo and the Age of Wonderbeasts

So, guys, DreamWorks has lined up an exciting new series for Netflix, the Kipo and the Age of Wonderbeasts. This post-apocalyptic tale is executive produced and created by Radford Sechrist (story artist of How to Train Your Dragon 2 and Penguins of Madagascar) and Bill Wolkoff (writer of Once Upon a Time). Kipo voiced by Karen Fukuhara is thrust into an adventure where she meets few remaining survivors lodging amidst a huge number of cute animals. The girl joins survivors’ clan and embarks on a whimsical journey through post-apocalyptic Earth where everything is thoroughly adorable and endearing.

A super-hero kind of the story of a boy whose dream gets fulfilled when he acquires cosmic stones of power, Kid Cosmic animated series comes from the creator of The Powerpuff Girls, Craig McCracken. Unfortunately, the reality strikes the boy hard in the face as the fantasy versus reality truth confronts him. What use is of power when you don’t know how to handle it? Such a thing happens to the good boy who despite having superpowers causes more harm than good. Not knowing whats and hows of his power, Kid Cosmic ends up being a poor hero.

It is depressing to know the tales of orphan children or the kids being neglected, abandoned or left by parents but in many instances, such a depressing situation teaches children humility, fills them with compassion and empathy that remains with them for the rest of their lives and make them a better person. Such children also develop a greater capacity to care about others after going through something of the sort in life. Such is a case with the four abandoned kids who struggle to adapt their antiquated values in the contemporary world in the animated feature show, The Willoughbys. The show adapts the title of children’s book by Lois Lowry. The film is a story for families about families struggling to be perfect but often failing in this. It is an old fashioned tale peppered with tropes and surely targets a modern-day audience.

Netflix Australia has one downside: actually, there’s too much to watch! Its voluminous library offers hours of non-stop entertainment. No matter whatever genre you pick, the list is never-ending. The thrill will continue to enwrap you in the year 2020 as Netflix Australia will stream these top hit shows for all those Aussies Netflix fans 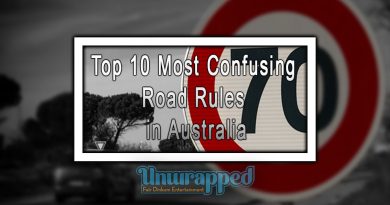