Skip to content
You are here:Home / Top 10 Flora And Fauna In Australia To Explore In 2020

Biodiversity in Australia to be Explored

Australia is home to large biodiversity of the world. There are many unique birds, animals, plants, and reptiles in Australia. Some of the most famous wildlife species, which are found only in Australia include Kangaroo, koala, wallaby, echidna, dingo, and platypus. The biodiversity in oceans of Australia is much larger than that on the land. Marine animals like cone snail, blue-ringed octopus, and the sea snake are also found only in Australia. Besides the animals, there are more than 24,000 different plant species on this continent country. It can be said that the flora and fauna of Australia is one of the most prized assets in the world. Some of the flora and fauna to explore in Australia is discussed here.

The first thing that comes in mind when we talk about Australia is Marsupials, or more particularly kangaroos. They are unofficially the national animal of Australia. Kangaroos are known to be the largest species in the marsupials. They are found only in Australia. The Red Kangaroo is known to be the largest surviving marsupial in the world. Kangaroo is said to be the most iconic animal to see in Australia. Kangaroos are easy to spot in wild in many of the rural parts of this continent country. There are more than 50 different species of kangaroos inhabited in Australia.

Commonly famous as wattle trees, Acacia is a native floral species of Australia. The country is home to slightly more than 1,200 Acacia species. The golden wattle is the floral symbol of Australia and can be found in wild in Canberra, Victoria, Southern New South Wales, and Adelaide Hills. These trees flower during spring and summer. In Australia, Wattle Day is celebrated on 1st September annually.

The cuddly koalas are one of the natural inhabiting species in Australia which are a must-see. These tree herbivorous animals can be spotted in the coastal regions of Queensland as well as Victoria. Although it is a symbol of Australia, the species is suffering on the hands of a human. Due to the destruction of habitat and hunting of the animal, koalas are now a vulnerable species. These are very adorable animals and as you can imagine with their pictures, their fur is very soft. You can pet koalas in most of the wildlife and national parks. Some park will also allow you to hold these furry animals. But if you want to find this animal in its natural habitat, then you can spot it at Australia’s temperate eastern coast.

Platypus is another egg-laying member of mammals found only in Australia. It is a semiaquatic animal and can be said as a combination of duck, otter, and beaver. It is also known as one of the very few venomous mammals in the world. This monotreme animal is difficult to spot in the wild because they live in burrows near the bank of rivers.

Eremophila is commonly known as emu bushes. These plants constitute approximately 200 species and are found only in Australia. In the wild, emu bushes grow in arid and semi-arid regions of Western Australia. They are also famous for their colourful shrubs, fleshy fruits which is edible for birds as well as animals.

Wombats are another animal which is native to Australia and are mostly inhabited in the mountains of South Australia. If you want to spot a wombat, you might visit the Epping Forest National Park. The wombats are stout and burrowing animals, hence it is very difficult to spot these animals. They dig a burrow underground with their claws and teeth.

Tasmanian Devil which was once very commonly seen in Australia, can now only be spotted in Tasmania. These animals control the introduced animals which prey on the native wildlife of Tasmania hence they have a very important role in the ecosystem. These are known to be the only animal which outwits introduced animals like feral cats and red foxes. However, it is now an endangered species in Australia and is in the IUCN red list. In the last 10 years, its population has seen a decline of 60% due to contagious facial tumour.

There are more than a million different species comprising the natural flora and fauna of Australia. More than 80% of these species including flowering plants, frogs, mammals, reptiles, freshwater fish and birds are native only to Australia. there are more than 4000 fish species, 1700 corals and 50 types of marine animals that are also endemic to Australia. Australia has vast biodiversity which needs to be conserved.

Top 10 Places To Visit In Geelong Australia In 2020 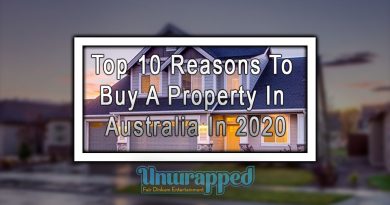 The 10 Best Hotels & Places to Stay in Port Campbell, Australia 2020