Skip to content
You are here:Home / Things to Look For In The Matrix – Rewatch For Easter Eggs 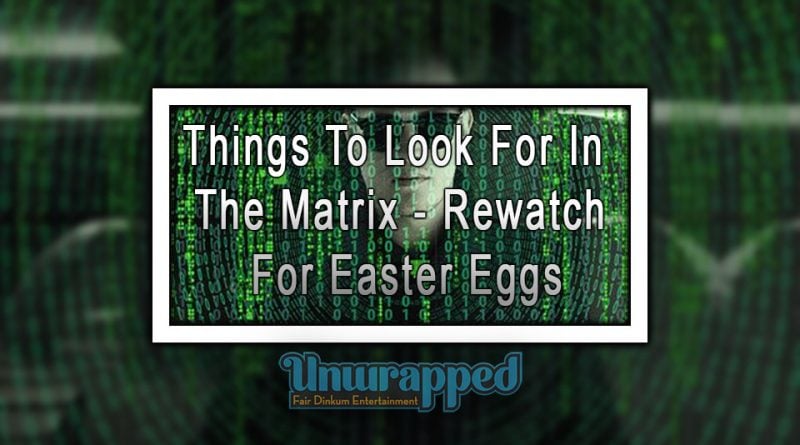 AUSTRALIAN TOP 10 Best Dystopian Novels For Adults
12/11/201908/09/2020 Dave Peterson 0 Comments dystopian science fiction classic, Homage to Orwellian Dystopia, human resistance, Secrets that you can uncover in the Matrix, survive in an apocalyptic hellscape, the first Matrix instalment was released in 1999, The world is a place of dystopian layers, the Zion, Things You May Have Missed in The Matrix

Things You May Have Missed in The Matrix

Decades after the release of the Matrix movies, moviegoers still uncover secrets which they missed the first time around. Take into consideration that the first Matrix instalment was released in 1999 and unarguably this is the type of dystopian science fiction classic that you want to watch over and over. Each time you discover aspects and things that you haven’t noticed the previous time.

Secrets That You Can Uncover In The Matrix

The Matrix which was written and directed by the Wachowskis is filled with an ephemeral reality and a blurred line between what is artificial and what is real. The world is a place of dystopian layers with some of humanity trapped in the Matrix, which is a machine-built program that enslaves their minds in a fantasy world.
The humans living outside the Matrix are trying to survive in an apocalyptic hellscape. They are hopelessly fighting against Artificial Intelligence that overtook the world. Some people do not believe that there is another world which is “real” outside of the Matrix and that the free people, which is the human resistance, the Zion is merely another Matrix layer.
There are however several layers of symbolism that you might have missed in the Matrix due to its fast-paced action. It certainly is the type of movie that you must watch more than once to fully grasp it and take in everything. These secrets or aspects are subtly buried, and particularly rife with key plot points and themes which are audible, verbal and visual.

Biblical references that you might have missed include the city of the human, Zion. What about the name of the ship, Nebuchadnezzar or the name Trinity which is also biblically inspired? Neo with his status as being the One is another strong biblical hint as Neo is an anagram of “the One”. A matrix fan theory is that Neo is basically Jesus when they refer to his death, his rebirth and then his miraculous powers. People with keen eyes would also remember another strong biblical reference on the Nebuchadnezzar ship’s registration plate that reads “Mark III no.11”. Another is the Audi’s licence plate number that Smith pulls up in when Matrix Reloaded starts. The number reads IS 5416. Read Isaiah 54:16 in the King James Bible and you will notice the incredible reference; “Behold, I have created the smith that bloweth the coals in the fire, and that bringeth forth an instrument for his work, and I have created the waster to destroy.

If you weren’t an eagle-eyed viewer you probably missed the name of the hollowed-out book. Neo gives a computer file to Choi with contraband but it is inside the book, did you notice the name of the book though? It’s called Simulacra and Simulation which is a real book about hyperreality, written by Jean Baudrillard who is a French philosopher. Baudrillard describes the modern world as a hyperreality and to simplify his idea, it is how humans interact with the internet.

3. I’m Beginning To See The Light

Most people entirely missed the significance or even noticed the background music during the scene when Neo meets the Oracle. I’m Beginning To See The Light from Duke Ellington plays softly during their meeting. It reflects on him being woken from the deception with the Oracle who sheds light on Neo’s purpose. It is the perfect example of how music almost subconsciously and discreetly acts on viewers and probably something that many missed.

Considering that the Matrix is playing with reality and time, it is rather surprising that they actually have everything lined to a canonical time frame. The Trace Program during which Cypher and Trinity first spoke, has is one the 2nd of the 19-month 98. While the real worlds are in 2199 in the movie, the Matrix also has another significant date near The Matrix Revolution’s end when the trace program read the 9th of the 18th month 99 when Neo was talking on the phone.

5. The TV Series, The Prisoner

You need sharp eyes to have noticed the TV playing The Prisoner but watch it again and freeze-frame the scene. There is more than one interesting connection which goes without saying that the writers and directors knew very well what they were doing. The Prisoner TV series is about a secret agent being held captive in a mysterious village and in the Matrix a man is trapped in a strange reality. The other connection is the names of the protagonists. In the Prisoner, the main character is called Six and, in the Matrix, the main character is One-Neo. The scene plays off when Neo dashes through the city after his clash at the subway station with Agent Smith. He runs past apartments and in one of the apartments a TV clearly shows The Prisoner being watched. Take into consideration that the prisoner aired in 1967 and never again.

You might also have been distracted by the red-dressed woman as Neo was and not have noticed the rest of the crowd. The scene is a crowded street and obviously the woman stands out in the otherwise bleak and colourless world of the Matrix. Every single person who was hired as movie extras were either twins or triplets. It is an unbelievable amount of detail that the Wachowskis have gone through to have doppelgangers.

Keanu Reeves had to learn karate moves which were based on the late Bruce Lee. While it wasn’t in the script, Reeves out of his own honoured the king of Kung Fu, Bruce Lee. When he combats with Morpheus, he does the same as Bruce Lee always did, he thumbs his nose.

Before Neo or rather Thomas Anderson whom he was before, becomes aware of the Matrix or his true purpose, he is a prisoner and slave to the system. He does not even realize that his apartment is his prison cell and that his own reality is whatever the Matrix tells him. In George Orwell’s 1984 room 101 is where fears and nightmares realize. Anderson lives in apartment 101 which is the writers and directors, Wachowski brothers’ way of acknowledging George Orwell for the debt of his dystopian vision of mankind enslaved.

9. Homage to the Art Director

When Thomas Anderson is being interrogated by Agent Smith, he opens a file with the details of Thomas. In the text which is shown to the audience but many might not have realized or picked up on is the woman who is listed as his mother, is Michelle McGahey. It was probably done to give Michelle who is The Matrix Art Director additional credit aside from the ending credits.

Neo had zero knowledge about his life or situation except that The Matrix is a reality with no existence beyond it. When he meets Switch, who is one of Morpheus’ associates, she calls him Coppertop. Not because of his hair, since he has black hair, but because of him being an energy source for the machines, he is, in fact, a battery to power the Matrix. You will see that when Morpheus holds up a battery with its copper top.

You are probably going to watch this dystopian science fiction again to see the things that you may have missed in the Matrix. What everyone agrees with is that the Wachowskis paid homage to every media that they included in the Matrix. It is a movie which is the sum of countless parts and inspirations drawn and throughout the movie the ambiguity is reflected subtly. 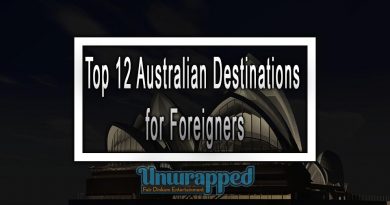