Until a few years ago, a large number of people haven’t heard of dystopia and those who did hear the term had no idea what it was. Even in movies, dystopia has become a genre of its own. It is the type of movie that speaks loudly of our own fears of possible futures or what could have been.
While you shouldn’t confuse it with only sci-fi or post-apocalyptic movies, they often overlap as post-apocalyptic dystopian etc. Dystopia tells a story of oppressive regimes, and the what-ifs are only natural to explore through movies.
Dystopian societies are hugely marked by great injustices and mass suffering which are often visible and not only through reading or watching movies but in real life. Fortunately, we are only looking at fiction for now.

Top 50 All-Time Dystopian Movies to Add to Your Watchlist

The Matrix must be number one for many reasons. It comes from the directors, Wachowskis with Keanu Reeves, Carrie-Anne Moss and Laurence Fishburne as some of the main characters. It is the best cyberpunk dystopian movie with top accomplishments released in 1999.

Blade Runner which was released in 1982 as an American neo-noir dystopian science under the directorship of top director Ridley Scott. He had a brilliant cast of A-Listers like Rutger Hauer, Sean Young and Harrison Ford.

Brazil was filmed in 1985 from director Terry Gilliam as a haunting and horrific bureaucratic dystopian future.

Terminator is known around the globe for its brilliant portrayal from Arnold Schwarzenegger. James Cameron is the director of the film, released in 1984.

When Mad Max was filmed in 1979 everybody was talking about the Australian dystopian action movie with Mel Gibson as the lead character. George Miller is the director while Bruce Kennedy is the producer.

Children of men was based on the 1992 novel by P. D. James of a dystopian sci-fi thriller. The screenplay was co-written and directed by Alfonso Cuarón in 2006. It starred top A-Lister including Michael Caine, Clive Owen and Julianne Moore.

Stanley Kubrick is the director of A Clockwork Orange which is based on the 1962 dystopian novel from author Anthony Burgess. It stars Steven Berkoff, Warren Clarke and Malcolm McDowell in the movie that was released in 1972.

12 Monkeys was released in 1995 as an American dystopian film directed by Terry Gilliam. Top stars in the movie that was absolutely brilliant include Brad Pitt, Christopher Plummer and Bruce Willis.

Paul Verhoeven is the director of the 1990 film Total Recall starring Arnold Schwarzenegger.

Michael Radford is the director of 1984 which was also released in the same year. It is based on the ever-popular dystopian literature of George Orwell.

When Charlton Heston sets off to a planet where apes are the dominant species you must know what followed unless you have been living under a rock since 1968 when the first Planet of the Apes was filmed. The first was from director Franklin J. Schaffner with Charlton Heston as the astronaut.

13. The City of Lost Children

The 1998 dystopian universe is highly imaginative about the ad scientist who harvests children to remain young. It’s filled with clones, Cyborgs and trained circus fleas from directors Marc Caro and Jean-Pierre Jeunet. Ron Pearlman is the circus strongman who seeks his little adopted brother.

As always, we get the best from director Steven Spielberg in the dystopian 2002 released Minority Report. It is a near-future dystopian thriller about a pre-time policeman that cannot save himself from mean bureaucratic forces. It comes from screenwriters Jon Cohen and Scott Frank with metallic tracking spiders and Tom Cruise as the disillusioned cop.

Director Bryan Singer is behind the 2014 released X-Men: Days of Future Past. Dystopian movie lovers need no introduction to X-Men with its extraordinary cast that tread the difficult path to choose between self-righteousness and righteousness.

The brilliant Logan’s Run was released in 1976 under director Michael Anderson where 30 is the new 80 in the far-flung future of 2274.

George Lucas directed the 1971 released movie, THX 1138 which is a brilliant dystopic society with its android cops disciplining the people. In typical dystopian form is our hero called THX while his oppressor is simply called OMM.

Andrew Niccol is the director of the 1997 released Gattaca. Top star, Ethan Hawke is our main protagonist who is the “flawed” person in a dystopian future where all children are lab-created while he was naturally conceived. Children born in the lab are genetically modified to prevent physical or mental “imperfections”. Everything about this movie is brilliant, from the storyline, the visuals and excellent music.

Neill Blomkamp is the director of District 9, which was released in 2012. It’s a dystopian gene of its own kind that is a mixture of RoboCop, The Fly, Independence Day and Alien Nation thrown together.

A.I. is the dystopian brilliance of two of the movie industry’s top directors, Steven Spielberg and Stanley Kubrick which was completed only after Kubrick’s death.

Alex Proyas is the director of the 1998 dystopian cult classic. It casts John Murdoch as an amnesiac that wakes up only to discover that the city he lives in, has been overrun by incredibly white men who wear fedoras and black trench coats. The themes of techno-rebellion, slavery and free will as well as the visual style is very similar to The Matrix. It is a must-watch movie!

Kathryn Bigelow is the director of the 1995 movie, Strange Days which is one of her most compelling dystopian pre-war terrors. It is written by James Cameron filled with L.A. riots where people’s experiences and memories are recorded via their brain cells and sold on the black market.

Douglas Trumbull directed the 1971 released Silent Running which is a touching dystopian science-fiction. The story is set on a spaceship that keeps watch over Earth’s last wildlife and forests. Follow the story of the ship commander who refuses to take human interference and takes his ship with passengers to the furthest reaches of outer space.

John Carpenter directed the 1981 Escape From New York which at that time was about the far future (at the time it was) 1997. Air Force One, the US President’s plane gets highjacked and forced to crash-land in Manhattan’s maximum-security prison. Kurt Russel is the one-eyed man who is sent to rescue the President.

Paul Michael Glaser directed the 1987, The Running Man with yet again Arnold Schwarzenegger, who seem to be the favourite when it comes to dystopian sci-fi actions. It is loosely adapted from The Running Man from Stephen King. The story is developed about a future where people tune into a TV show where criminals might for survival against professional killers and fellow criminals. It is a bit like Hunger Games even though it lacks the sophistication.

The movie from director Robert Rodriguez is one of the latest dystopian releases of 2019. What can you expect other than brilliance when you take an amazing dystopian novelist like James Cameron and Robert Rodriguez to produce a combination of cyberpunk and sci-fi dystopia? It follows the story of Anita with her human brain and artificial body and without a past that lives in an overpopulated post-apocalyptic city with an abundance of cyborgs?

Mark Romanek directed the 2010 movie that is an adaptation of the dystopian novel written by Kazuo Ishiguro. It follows the story of a seemingly carefree group of young people that are in fact clones that were only made to be organ donors for the rich counterparts they were cloned for.

Mike Judge directed the 2006 movie, Idiocracy which is a dystopian story of runaway dysgenics. They are the group that were not selectively bred living as “stupid” people in a crippled economy, in poor physical and mental health and food shortages. They have an upside though, they are indeed too stupid to realize that until a time traveller, who is the smartest man on earth from 500 years ago drops in on their timeline.

Peter Watkins is the director 1971 released Punishment Park. The story follows a group of young activists with two terrible choices. Either choose jail or Punishment Park where the young people must run over fifty miles on scorching desert sand where soldiers and trigger-happy cops lie in wait. It is a dystopian world of pointless wars, bureaucratic injustice, inequality and police brutality.

Bong Joon-ho directed the 2014 dystopian sci-fi in a futuristic world. It is two decades after the earth was left as an ice covered, barren wasteland and the bit of humanity that is left, living on Snowpiercer, which is a train that is governed by a ruthless system.

Jean-Luc Godard directed Alphaville in 1965 which is a great storyline of a secret agent that is sent to Alphaville, which is a galaxy away from earth. He must destroy the creator of all artificial intelligence, whom is Alpha 60 who runs Alphaville under his own laws including the prohibition of any emotion.

Kurt Wimmer directed the 2002 Equilibrium about a futuristic law officer that gets his face cut off by our hero John Preston, played by Christian Bale. Preston slices through many law officers with his futuristic sword to get rid of the binding totalitarian state that has also outlawed the expression of feelings.

Sleeper was directed by Woody Allen in 1973 and he also stars in his movie as a cryogenically unfrozen man that joins an underground movement to rise up against a robot-enforced tyrannical government.

Duncan Jones directed Moon in 2009 about a man living on a lunar mining facility to harvest clean fuel that is needed to meet the energy demands of future earth. While he thinks he is alone except for a computer system, after a near-death accident he meets his clone and slowly but surely the truth started to reveal itself about why he is really there and what is going on.

Luc Besson both directed and co-written the 1997 The Fifth Element which is a French dystopian sci-fi action starring Milla Jovovich, Gary Oldman and Bruce Willis.

The second instalment of Mad Max was released in 1981 which is another post-apocalyptic dystopian action movie with George Miller as director.

The 2007 released I Am Legend by director Francis Lawrence portrays the brilliant acting of Will Smith about survival in a dystopian post-apocalyptic horror.

Will Smith is brilliant yet again in the dystopian sci-fi that plays off in 2035 about incredibly intelligent robots that take over public service positions around the globe. Will Smith plays the detective that investigates a suicide which he is convinced was murder. He uncovers a conspiracy against humans where robots intend to enslave humankind.

If you watched Starship Troopers once, you will watch it again, and again. It is a 1997 American military sci-fi dystopia about humongous insects that are taking over and the young troopers that risk their lives trying to destroy the highly intelligent insects.

28 Days Later is a 2002 British dystopian post-apocalyptic horror that was directed by Danny Boyle.

Beyond Thunderdome stars Mel Gibson again in the third instalment of the Mad Max series directed by George Ogilvie and George Miller.

Top stars like Oskar Werner, Cyril Cusack and Julie Christie play in the 1966 British Dystopian sci-fi drama which is based on the novel Fahrenheit 451.

Simply another must-watch movie and the second in the instalment based on the dystopian novel by Suzanne Collins.

Divergent is based on the dystopian novel by Veronica Roth. It is a 2014 American science fiction and the first of the Divergent series. It stars Ashley Judd, Shailene Woodley and Kate Winslet.

The Maze Runner is based on the 2009 dystopian novel by James Dashner. It was released in 2014 as an American science fiction dystopian thriller under the directorship of Wes Ball.

I hope you enjoy the gathered list which will certainly give you a wake-up call of what could have been. While it is only fiction, it is the type of “reality” fiction that does happen in some societies around the world in some sort or the other. Meanwhile, you will be captivated by the current movies of societies gone wrong and the incredible struggle of those that have to overcome it. 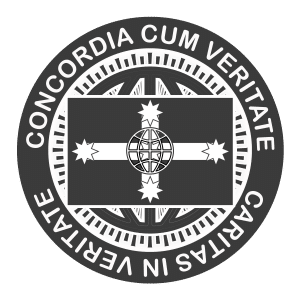