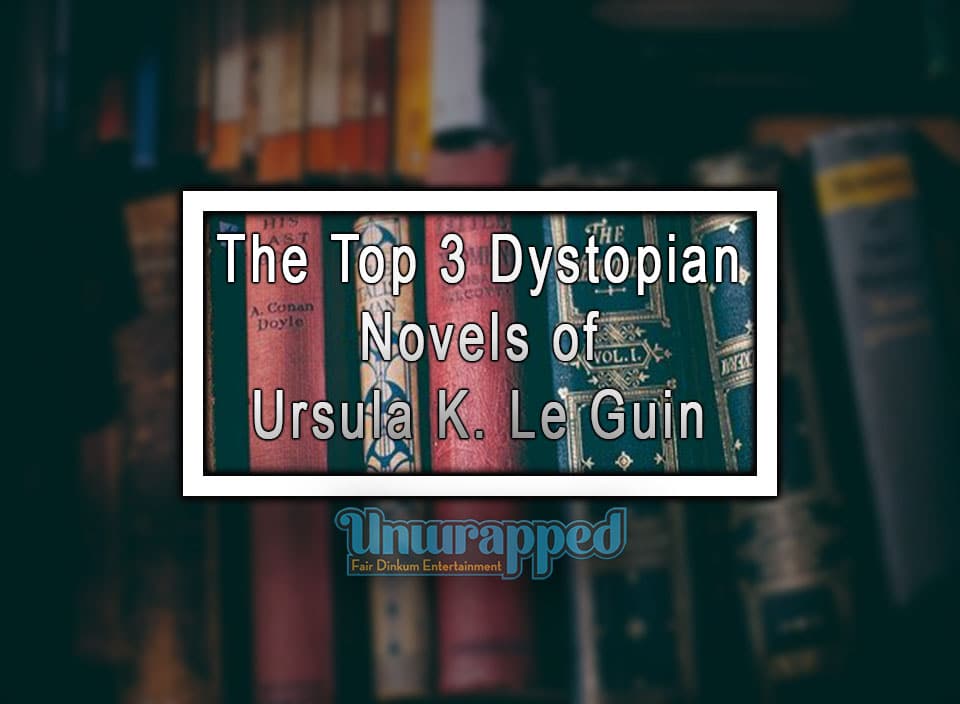 Ursula K. Le Guin was the literary grandmother of many dystopian authors. She was the polestar of many writer’s understanding of fantasy and science fiction and the world itself. Her five-decade-long career is filled with remarkable works that we are blessed with.
Weighing a book against another especially when it is from an outstanding writer like Ursula K. Le Guin is a personal process. Nevertheless, I endeavoured to name her top three Dystopian novels, which you should include in your library.

Le Guin’s Dystopian novels are bound by an invention, the ansible and communication across interstellar destinations. The Dispossessed follows the life of Shevek, a physicist who shares the ansible’s invention. It also involves numerous political systems and their interactions.
The setting is Anarres, a colonized moon and planet Urras. The inhabitants of the colonized moon are anarcho-syndicalist dissenters from one of Urras’s countries. They have been on Anarres for two centuries. The inhabitants and political factions on Urras believe that the people of Anarres are naïve dreamers even though they are surviving on Anarres’ incredibly harsh conditions.
In order to survive on Anarres, you must be very tough, or you will not make it. The Dispossessed follows Shevek through his early childhood on Anarres before he goes to Urras to further his education. Here he encounters the planet as a capitalist, traditionalist society and his encounters are at times tragicomic. He is repelled by the society and political structure but essential to him in becoming a scientist.

2. The Left Hand of Darkness

The Left Hand of Darkness was first published in 1969 and one of that era’s best dystopian novels. It follows the story of Genly Ai, he is something between an anthropologist and an ambassador living on Ekumen which is a galactic confederation. His people sent him to Gethen which is an icy planet where the unique inhabitants are ambisexual.
They have no fixed sex as their bodies shift from one sex to another at times of fertility. The capital of Gethen is the kingdom of Karhide and Genly Ai’s main relationship is with the prime minister, Estraven.
The people of Gethen finds Genly Ai either a dangerous disruption or mad curiosity as they haven’t encountered other people before and neither understood the concept of interstellar travel. Follow the story of mistrust and misunderstanding Genly Ai experience himself and that of the Gethenian people especially when more of Ekumen’s people touched down on Gethen.

Dystopian literature at its best in this novel that follows two conflicted groups of Terran settlers who live in a world where nobody else exists. While one group is the descendants of pacifist political dissenters, the other group are children of a penal colony.
The penal colony descendants regard themselves as the planet’s oligarchical rulers. The pacifists are suffering under the rulers and since they are predominantly farmers, they decided to pack up and start a new farming community away from the rulers and further inland.
The rulers obviously try to put a stop to it as they are unwilling to let their “subjects” go. The Eye of the Heron takes interesting and shocking twists and turns especially when Le Guin decided to kill off the hero figure of the pacifists halfway through the book.

Buy Now : The Eye of the Heron

These three novels are about culture and race, power, domination and gender. They are magnificent examples of Dystopian literature in Ursula K. Le Guin’s clear and quick prose that are filled with the genre vital to her storytelling. These novels contain everything that I love about this exceptional writer and the niche.