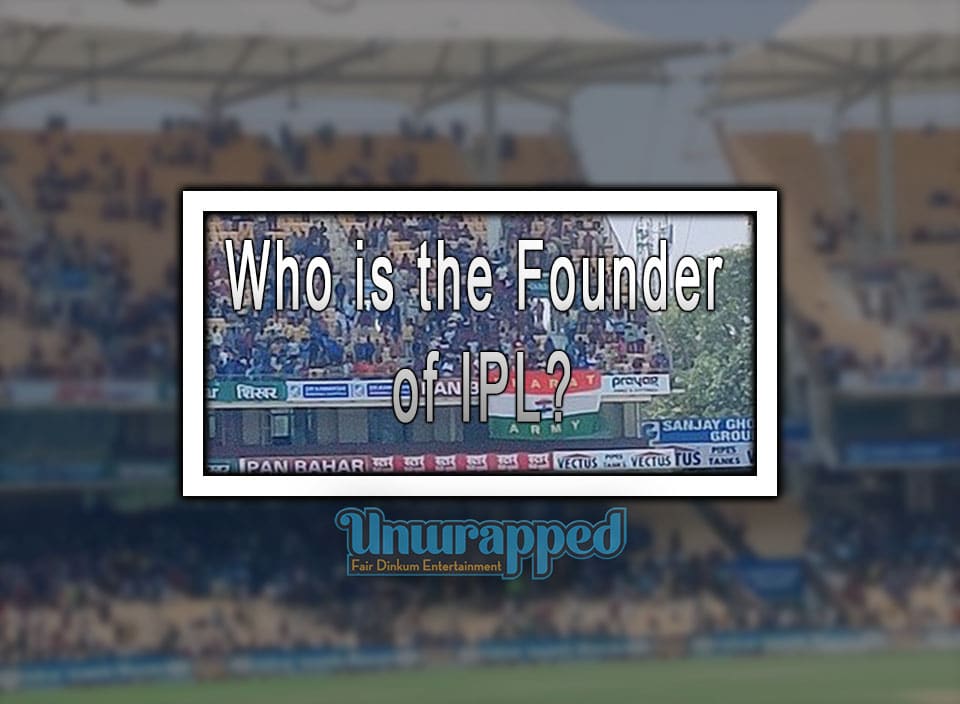 All There is to Know About IPL

Next to football (soccer), cricket is one of the most popular sports in the world. Aside from having a huge fanbase, the game is played by numerous teams from multiple countries. Australia, England, Asia, and the West Indies are just some of the biggest players in the sport of cricket. Thus, it comes as no surprise that many cricket leagues exist today. One of the most followed is the Indian Premier League, an annual tournament that is typically held in India. For those who aren’t in the know, here are a few things you need to know about the IPL.

IPL or the Indian Premier League is a confederation designed for professional Twenty20 teams. The IPL consists of a total of eight teams, with each team representing a specific city in India.

Amongst all the leagues, the Indian Premier League is the most attended in the world. In fact, there has been a lot of data to support this, for example, the IPL was ranked in 2014 as the sixth most attended sporting event. The sport made further headlines in 2010 when it became the first-ever tournament to be broadcasted on Youtube via live stream.

Consultancy firm Duff & Phelps reports that as of 2019, the Indian Premier League is valued at $6.7 billion USD. The league further establishes its economic contributions to India from the revenue generated by IPL seasons. For instance, a $160 million USD subsidy from a 2015 Indian Premier League season was added to the country’s GDP that year. As of 2020, the viewership of IPL has increased to over 20% since the 2019 league season with an impressive record and average impressions of 31.57 million.

Since its inception, there has been a total of thirteen Indian Premier League seasons. The most recent of which was played and moved to the UAE due to certain pandemic concerns.

The Early Start of the Indian Premier League

Though cricket originates back to the 16th century in the south of England, it wasn’t until 2007 a league in India was formed. Funded by Zee Entertainment Enterprise, the first squad to be formed was the ICL or Indian Cricket League. This association was however not accepted by the BCCI or Board of Control for Cricket in India, nor was it recognized by the International Cricket Council (ICC). The BCCI and the ICC were so against the ICL that they began imposing lifelong bans on cricketers who were caught participating in the Indian Cricket League and issuing larger cash prices for tournaments that were held domestically.

Soon after a win by the Indian team at the 2007 Twenty20 World Cup, the Board of Control for Cricket in India announced on September 13, 2007, a T20 tournament that was franchised based. This franchise competition was dubbed the Indian Premier League.

The first IPL season was launched in April the following year from its inception in New Delhi. It was the vice president of BCCI, Lalit Kumar Modi who oversaw and detailed the ins and outs of the tournament, including the format, squad formation rules, revenue system for the franchise, and of course the prize money. Additionally, it was also discussed how the IPL was to be managed by a governing council composed of a seven-man team. Members of the proposed council were made up of officials from the BCCI, as well as former Indian cricket players. It was also revealed that the two teams that topped the tournament would then qualify to play for the annual Championship League Twenty20. Modi further divulged that the concept of the Indian Premier League was worked on for over two years, and not as a reaction to counter the formation of the ICL. To further drive his point, he also discussed how the format was inspired by the NBA and the Premier League of England, two of the most well-established sporting associations in the world.

League owners were chosen through an auction system. The first league auction was held on the 24th of January in 2008. At the time, the basic rate of a league franchise began at roughly $400 million. Winning bids were announced at the end of the auction, along with the city a team would be playing for. The cities Bangalore, Chennai, Delhi, Hyderabad, Jaipur, Kolkata, as well as Mumbai, were the selected Indian cities that the teams would be based on. Records show that team franchises were eventually sold at the auction for the total amount of $723 million USD. The efforts made to put together the Indian Premier League eventually resulted in the Indian Cricket League throwing the towel in by 2009.

Lalit Kumar Modi: Who is he?

Indian Premier League fans credit its establishment to Lalit Kumar Modi. Born on November 29, 1963, Lalit is a successful businessman in India and a cricket director. He is best known as the founding father of the IPL, he even acted as the first Chairman and Commissioner of the league when it was officially formed. During his three-year tenure, he was credited for the success of the tournament until he stepped down in 2010. Aside from his IPL role, he also acted as the Champions League’s chairperson for two years starting in 2008.

Unfortunately for Lalit Modi, all was not smooth sailing in the world of cricket. A known associate of Vasundhara Raje, the leader of the Bharatiya Janata Party, Modi was nicknamed the “Super Chief Minister” by the media and the opposing political party. Many say that his political ties played a role in the resignation of Shashi Tharoor the Indian National Congress minister. Modi’s allegations that Tharoor had free indirect shares in the IPL franchise of the Kochi Tuskers Kerala. In retaliation, the franchise (Kochi) alleged that the harassment was being done to them because Modi had wanted a different group to get the winning bid of the franchise. Accusations of financial irregularities, misconduct, and dissension surfaced shortly after the Indian Premier League season in 2010, the BCCI suspended Lalit Modi. He was later found guilty of all charges in an investigation launched by the Board of Control for Cricket in India. The punishment for his actions led to a lifetime ban. Though he refuted any misdeeds and had pointed the blame at rival political parties, he remained banned. Eventually, he moved to London, with many hinting at his choice as an attempt to avoid another investigation which was launched by the Enforcement Directorate. While he was plagued with controversy, Lalit Kumar Modi remains credited for the institutionalization of the Indian Premier League.