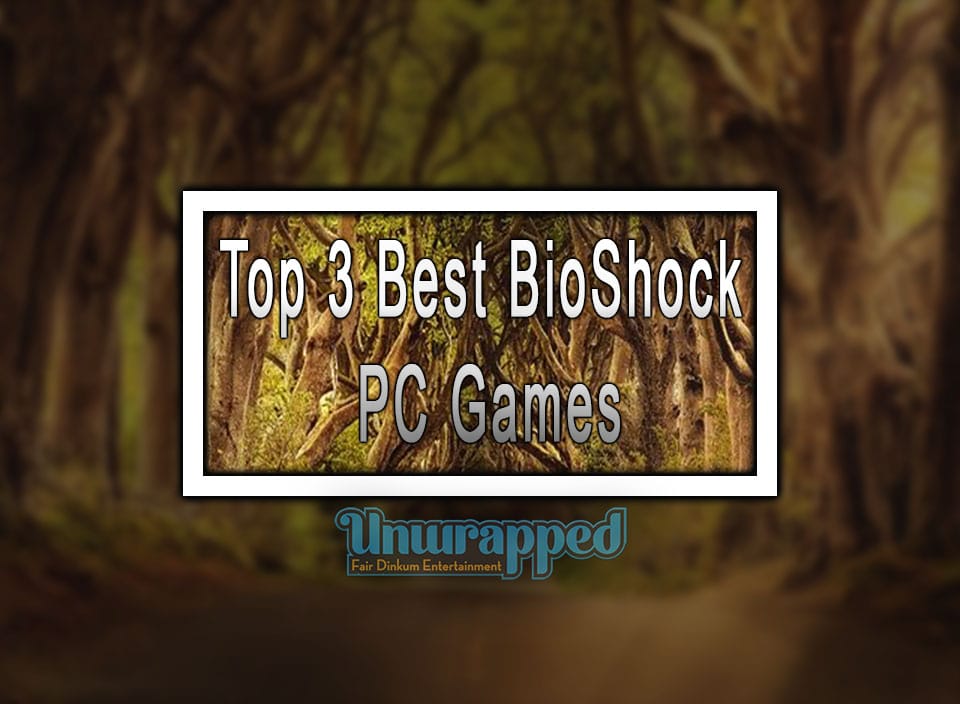 Irrational Games are the developers of the retro-futuristic dystopian world of BioShock. The games give players a combination of role-playing and first-person shooter which is a rarity in a game to combine both. On May 2019 it was concluded that BioShock is currently the best-seller in video game franchises. Collectively has the games sold over 33 million copies.

Read More: Things to Look for in the Matrix

BioShock takes place in Rapture during the late 1950s through to the 1960s. It is a fictional underwater world which was built by Andrew Ryan twenty years prior. The business tycoon’s intention for Rapture was for society to escape the oppressive authorities and governments as an awesome city to live, work, socialize and obviously prosper.
However, scientists working in Rapture discovered that a specific species of sea slug contained a substance which they called ADAM. With the ADAM substance, they would be able to give humans different “superhuman” abilities. It modified the genetic material of humans.
They used little girls for their experiments and implanted the sea slugs containing ADAM into their little stomachs. The little girls who were called the Little Sisters were a target as some tried to destroy them while others wanted to get hold of more of ADAM. As protection, the scientists developed Big Daddies to protect the Little Sisters.
Rapture was a full dystopian world within a year as war broke out with non-ADAM users on the one side and the others who are called Splicers on the other end. A player enters this futuristic dystopian underwater world when his plane crashed close to Rapture. He will side with the non-ADAM people and fight of Splicers.

BioShock 2 plays off eight years later and you will be playing as a Big Daddy called Subject Delta. It is both a single-shooter and multi-players setting where multi-play is called Fall of Rapture that takes place two years before the war in BioShock. Playing as Subject Delta, you will fight off the psychotic humans called Splicers. This will be done through your own genetic modifications and weapons.
You will be protecting a Little Sister called Eleanor as well as fight off Splicers. Eleanor is taken away from Delta by Sophia Lamb, her biological mother. The mother then uses mind control and causes Delta to shoot himself.
Ten years later Eleanor and her other Little Sisters use their power to wake Delta who has no memory. He is, however, drawn to Eleanor because of their past connection. The game is filled with intrigue and has a great storyline and you will love every second of it!

BioShock Infinite was released on March 26, 2013, and not a prequel or sequel to the previous BioShock games. Instead of an underwater city the developer went to the other extreme with a city built suspended in the air. It plays off in 1912 in Columbia which is a combination of giant balloons, blimps and quantum levitation.
The American government designed the city in 1893 but after an incident where Chinese civilian were shot, the US disavowed the city. Your role in the game will be that of Booker DeWitt, a former Pinkerton agent who is sent to the airborne city to rescue a young girl who has been held captive. Elizabeth possesses strange powers, Booker soon discovers after he found her.
Columbia is ravaged by Tears and she can manipulate these Tears and he discovers that she is the key to the dark secrets of the city. You will fight off enemy with weapons as well as psychokinetic powers which will be given to you by the Vigors. The girl too has powers to fight off enemies. While you are there a civil war breaks out with the Founders on one side and the Vox Populi as the resistance.
During play, you will fleetingly revisit Rapture which shows us that there is a connection and at a later stage in another game you will learn more. This game is called Burial at Sea and we urge you to try it after you played Infinite.

One of the main developers and designers of BioShock, Ken Levine said that he took his inspiration for BioShock through reading material from dystopian author George Orwell and Ayn Rand. He also loves dystopian and utopian reading from the twentieth century and loves the dystopian atmosphere and environment for games. He cited, in particular, Logan’s Run and Nineteen Eighty-Four regarding artistic influences for BioShock.