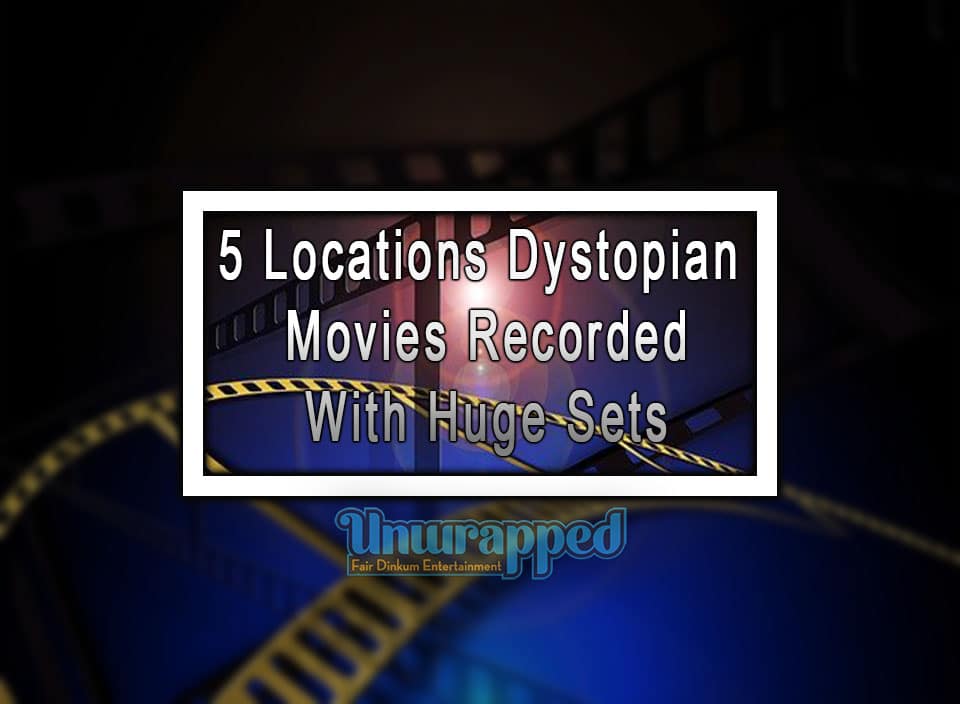 In most dystopian movies the future looks very bleak with a struggling world and societies struggling with the aftermath of war, pestilence, oppression, high crime and overcrowding. At the same time is many of the buildings and surrounding uncomfortable familiar which is thanks to the brilliance of filmmakers who use real-world buildings as part of their movie sets.

Did you know or ever noticed or recognised any of the buildings, bridges or surroundings of the generic” any-place” of any of the Matrix movies? The movies which were shot during 1999 until 2003 features quite a lot of Sydney, Australia.
Keanu Reeves or rather Neo works as a programmer inside the Metacortex building and this is where he also realizes that something in the world isn’t quite right. This building is actually a shopping mall in the Sydney CBD called the Metcentre.
In another scene, Neo waits for Trinity at a bridge to take him to meet Morpheus. The bridge where he is waiting is near Sydney’s Chinatown and is, in fact, the Adam Street Bridge.
Sydney shows up in other scenes too, for example, one time a woman in a red dress at a fountain distracts Neo during one of Morpheus’ training programs. This woman transforms into one of the “agents” in the movie. However, the fountain where he sees her and where she transforms is a plaza fountain on the corner of Pitt Street and Martin Place in Sydney.
At one time Neo has a moment of “déjà vu,” when he sees a black cat and warns his friends of an impending attack. This takes place with the Westin Hotel in the background.
In the scene in a restaurant where Neo is betrayed to Agent Smith by one of his own teammates, the scene was shot at the Forty-One Restaurant in Chifley Square.
In the Matrix Reloaded the historic Sydney White Bay Power Station features during a scene where rebels try to kill the electricity to a building by blowing up a power station, which is that specific historic building.
In Matrix Reloaded Sydney features again during a meeting that takes place between the Architect and the Oracle who meets at Sydney Harbor’s Royal Botanical Gardens.

A Clockwork Orange which was filmed in 1971 about Alex DeLarge with his juvenile delinquent cronies was predominantly shot on location. Some of the locations belie the rubbish-strewn, decaying urban bleakness roamed by the disassociated delinquents like the modernist architecture of the Harlow Hospital.
The place where Alex and his cronies attack a tramp brutally at an underpass is actually the roundabout southern underpass of London’s Wandsworth Bridge.
The place where Alex’ family’s flat is, is actually in Borehamwood in the Canterbury House Tower block.
The record shop is actually Kings Road’s Chelsea Drugstore even though it is currently a McDonalds.
The house where a writer and his wife were attacked by the delinquents and Alex returning later, is in Hertfordshire. It is the Skybreak House, The Warren.
Alex attacks Georgie and Dim at a waterside walkway. You will recognise it as the Thamesmead South Housing Estate.
The lobby to Alex’s flats as well as the entrance of the Ludovico Medical Clinic as well as various assorted interiors in the movie is all actually the London, Brunel University in Uxbridge.

In a dystopian science fiction where Rick Deckard fights against cyborg replicants, it is actually filmed inside a Los Angeles landmark, the Bradbury Building as well as the courtyard of the Bradbury Building.
Early in the movie, Deckard catches a replicant at the “Yukon Hotel”, which is, in fact, the Pan Am Building which is opposite the Bradbury Building.
Deckard receives orders at the police station to eliminate all the replicants. The “Police Station” is actually a set that the filmmakers built inside the major railway hub of Los Angeles’s Union Station.
The apartment that Deckard lives in, is the building designed by Frank Lloyd Wright, the Ennis House.

The movie Logan’s Run which was filmed in 1976 was predominantly shot in Fort Worth, Texas, as well as Dallas and numerous of the scenes, were shot in the Market Center in Dallas. This shopping mall was the “Underground City” in which the residents believed was the only place on Earth that was safe. Meanwhile, during filming another mall in Fort Worth, the Hulen Mall was just completing its construction and some of the scenes were filmed there s well.
The City obviously had its own hydro-electric power generator and the Fort Worth Water Gardens were used as this generator. The Water Gardens which were designed by Philip Johnson is unusual and a major tourist attraction with its three concrete pools with water features and fountains. This active pool features prominently in the movie.

The Hunger Games feature District 12 where the heroine Katniss Everdeen lives in an impoverished coal-mining village. The majority of the film was filmed in North Carolina. The District 12 centre is the actual abandoned Henry River Mill Village. The Henry River Mill Village was built in 1904 and it was home to the people who worked at the textile mill on Henry River. When the mill closed in 1980, the entire town went bankrupt and people left which made it perfect to serve as District 12.
In the last Hunger Games, Katniss is invited to a party which was held at the estate of President Snow. The gorgeous estate of the scheming Snow was, in fact, Swan House north of Atlanta Georgia.
The victors of The Hunger Games stayed in the Capitol, Panem, with its striking elevator, interiors and magnificent interior courtyard. This housing though is none other than the Marriott Marquis Hotel in Atlanta.

It will be interesting to watch each one of the movies again and see if you recognize any of the locations, I for one, certainly did.