Skip to content
You are here:Home / History of Gun Control: USA and UK 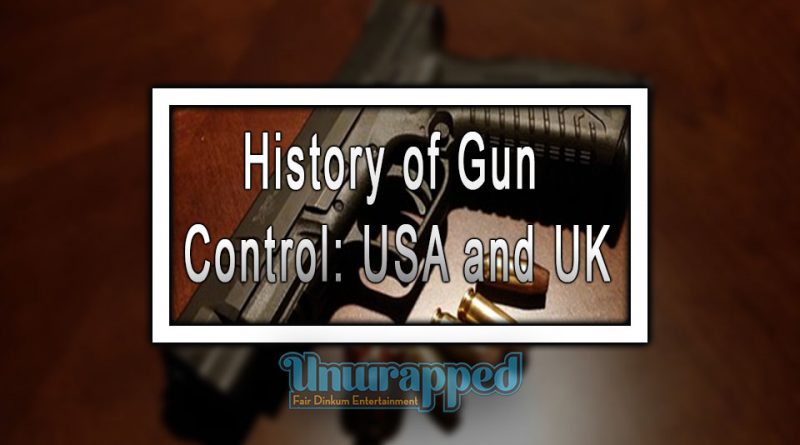 A Timely History of Gun Control –USA and UK

Gun Control is one of the most controversial subjects in modern history. In ancient times, as depicted in novels, movies and theatre, everyone was entitled to carry their own weapon (i.e. firearm). This was the only way to protect yourself against the hostility of other human beings (i.e. tribes) and the danger of predators around you.

Today we live in a civilized world with laws to protect us and police force to carry out those laws. There is law and order in our society today which leaves us with the question;

Do we Need to Carry Guns Around as Our Ancestors Did?

There has been a debate over this matter for decades and in this series, we will be looking at both sides; proponents and opponents of gun control, trying to figure out their reasons behind their positions. We will also be using statistics to clear some of the myths we have about gun control.

In the next section, we will be looking at the history of gun control in four countries (America, Australia, Switzerland and the UK). We will dedicate this article to two countries (America and the UK). The history of gun control in the other two countries (Switzerland and Australia) will be dealt with in a subsequent article. It is highly recommended that you read the whole series in the order presented so that the later comparisons and statistics become meaningful to you.

It is the laws and policies governments impose in order to regulate the manufacture, sale, transfer, possession, modification, or use of firearms by civilians.

Similar to the United States, the UK made noticeable progress on the regulation of the civilian ownership of firearms through the enactment of 1920.

Considering the fact that the first parliament of the United Kingdom was held in 1801; tighter regulations of the firearms were not introduced until the 20th century.

As you can see, the current laws and policies of gun control have been developed over years and years of legislation and debates. Most of the time these laws were driven by horrible massacres where these massacres are the cornerstone in the proponents’ argument.

Australia and Switzerland is our next destination in the history of gun control. Stay tuned.

Also See : Ask Yourself Do You Really Need It