Squid Game Is Officially On The Run Again 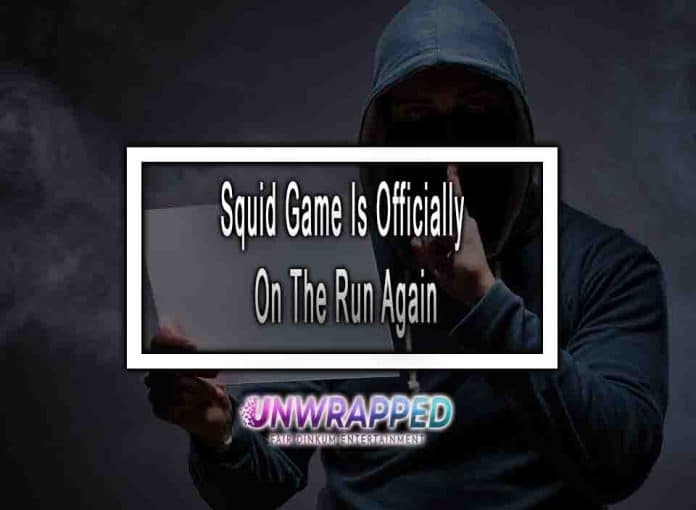 Netflix issued a quick teaser on Sunday, officially announcing the return of the smash drama series ‘Squid Game’ for a second season.

According to Variety, the footage came with a letter from Hwang Dong-Hyuk, the show’s creator, writer, director, and executive producer, detailing which characters will return for the sequel. In a message to fans, director, writer, and executive producer Hwang Dong-hyuk remarked, “And now, Gi-hun returns.” “The Front Man is back. Season 2 is on the way.”

“Squid Game” is a fictitious South Korean drama in which participants in dire need of money compete in hazardous children’s games to earn cash rewards.

The main character in “Squid Game,” Seong Gi-hun, is a divorced gambler who entered the competition for a large prize. In the second season, Hwang announced new characters and plot developments. He commented, “The man in the suit with ddakji could be returning,” alluding to the mystery salesperson who attracts desperate game show contestants.

The letter also stated that fans will meet Cheol-su, the “boyfriend” of Young-hee, the show’s notorious robotic doll. In October, Netflix told CNN that “Squid Game” was the company’s “biggest-ever series at debut.” It is the first Korean series on the platform to achieve No. 1 in the United States, with 1.65 billion hours of viewing in the first 28 days after its premiere.

“Bringing the first season of Squid Game to life last year took 12 years,” Hwang said in the letter. “However, it took Squid Game only 12 days to become the most popular series ever.”

According to Variety, the first season of ‘Squid Game’ was Netflix’s most-watched TV show ever, with 1.65 billion hours seen in the first four weeks after its debut last autumn. Previously, in January, Netflix co-CEO Ted Sarandos indicated that there would be additional episodes.

What Would the Second Season of Squid Games Be About?

Based on what Hwang has mentioned about the series’ future, the next chapter might be a prequel, focusing on the Frontman’s history. The tale would focus on his past as a police officer in particular. He believes that the problem with police personnel is not unique to Korea. he stated. “I see on the global news that the police force can be very late in acting on things. There are more victims, or a situation worsens because of them not acting fast enough,” he says this was an issue that he wanted to raise. Maybe in Season Two, I can talk about this more.” Hwang told The Sunday Times.

Hwang famously authored Squid Game entirely on his own, which means that if Season Two is approved, it may add a whole writer’s room’s worth of viewpoints.

However, in a new interview with The Hollywood Reporter, Hwang said he had some ideas for Season Two.

“I’d like to explore that storyline — what is happening between those two brothers?” He mentions that there’s the story of that suit-clad recruiter who plays ddakji with Gi-hun and gives him the card in the first episode. He also notes, “And, of course, we could go with Gi-hun’s story as he turns back and explores more about how he’s going to navigate through his reckoning with the people designing the games.”

So, in a nutshell, he has a few options for interpretation. What about Lee Jung-Jae, the show’s star? In an interview with Esquire, he previewed what’s in store for Gi-hun. Surprisingly, Lee thinks we could see Gi-“humorous hun’s side” when the series resumes after his now red-haired character is determined to go after the inventors of the Squid Game.

“Because Gi-hun became more serious because he has to rescue these people, I’m thinking that he would become a more determined character,” Lee stated. “But if he’s just too determined, that could be a bit boring. So I’m guessing the fun parts of Gi-hun will also come out in the next season.”