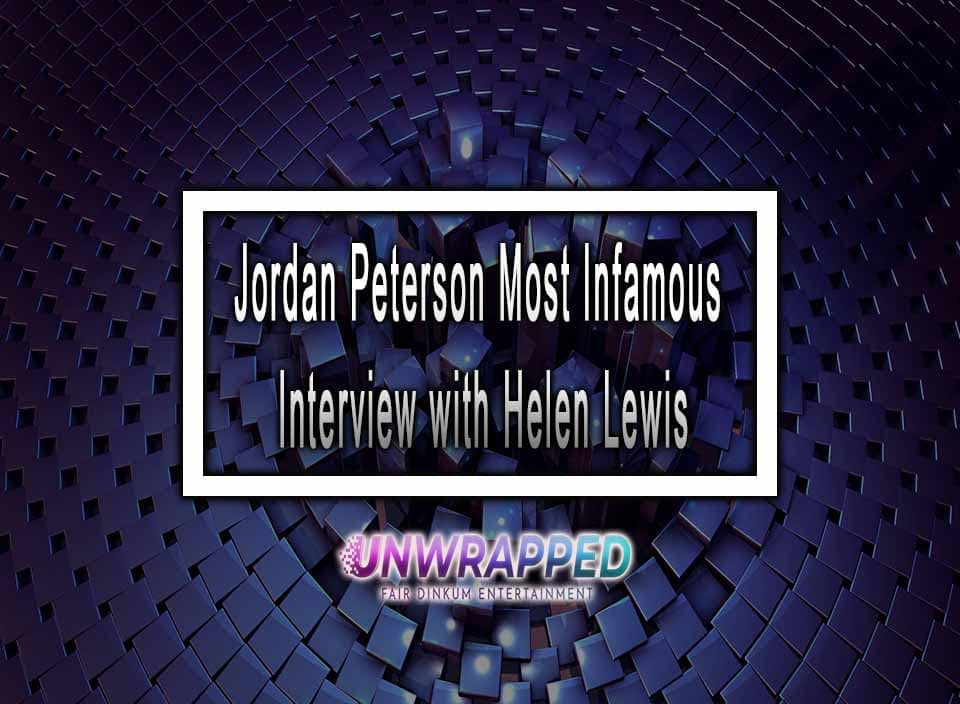 There was plenty of motivation to take me out. It just didn’t work

Professor emeritus at the University of Toronto, Jordan Bernt Peterson is a Canadian clinical psychologist, YouTube personality, author, and professor emeritus of psychology. During the last decade, Peterson has been attracting wider attention for his conservative views on cultural and political issues.

During a video interview for GQ published in September 2018, Lewis interviewed Jordan Peterson. It has since been viewed more than 45 million times. In a review of Peterson’s second book, Lewis called the interview “the most viral thing I’ve ever done.“.

Following this interview in my opinion Peterson came out very favourably and demonstrated great restraint, it was clear he was far from the devil and in fact too many a saviour.

Why do you hate me so much @helenlewis? I have tried to be a good man. https://t.co/ZhrecqZGU8

Who is Jordan Peterson’s net worth?

Following the interview he has shot to fame, he now commands a significant net worth. As of 2021, it stands at around 8 million according to Wealthy Gorilla.  Clinical Psychologist from Canada has become a global sensation helping people in ways that before he came along simply did not exist.

Does Jordan Peterson have kids?

Jordan and his wife Tammy have a daughter, Mikhaila, and a son, Julian. They married in 1989 and had children not too long after with his daughter arriving in the world in 1992.

How Old is Jordon Peterson?

Originally from Edmonton, Canada, Jordan B Peterson was born in 1962 as the firstborn son of Walter and Beverley Peterson. His parents are a librarian and a teacher, respectively.

How high is Jordan Peterson’s IQ?

IQs exceeding 150 are considered extraordinary and are considered record-breaking. Jordan did study intelligence quotient at one point, so it’s possible that he would have submitted to an assessment himself, although it’s not clear if he has ever said such.

12 Rules for Life: An Antidote to Chaos, Jordan B. Peterson

Maps of Meaning, Jordan B. Peterson

Peterson, Jordan B: Beyond Order: 12 More Rules for Life

Peterson’s work was hampered by health issues associated with severe benzodiazepine withdrawal syndrome in 2019 and 2020. He returned to podcasting in 2021 and published his third book, Beyond Order: 12 More Rules for Life.

What Are Jordon Petersons 12 Rules for Life?

Enjoy: Short Review of 12 Rules for Life by Jordan Peterson

Peterson’s reach has transformed many people thinking and way of life, simple things like cleaning your room all the way challenging your belief systems. He approaches things in a way many including myself wish I could articulate but he has words for most people’s thoughts.

More Madness: Unethical Life Hacks That Will Blow Your Mind