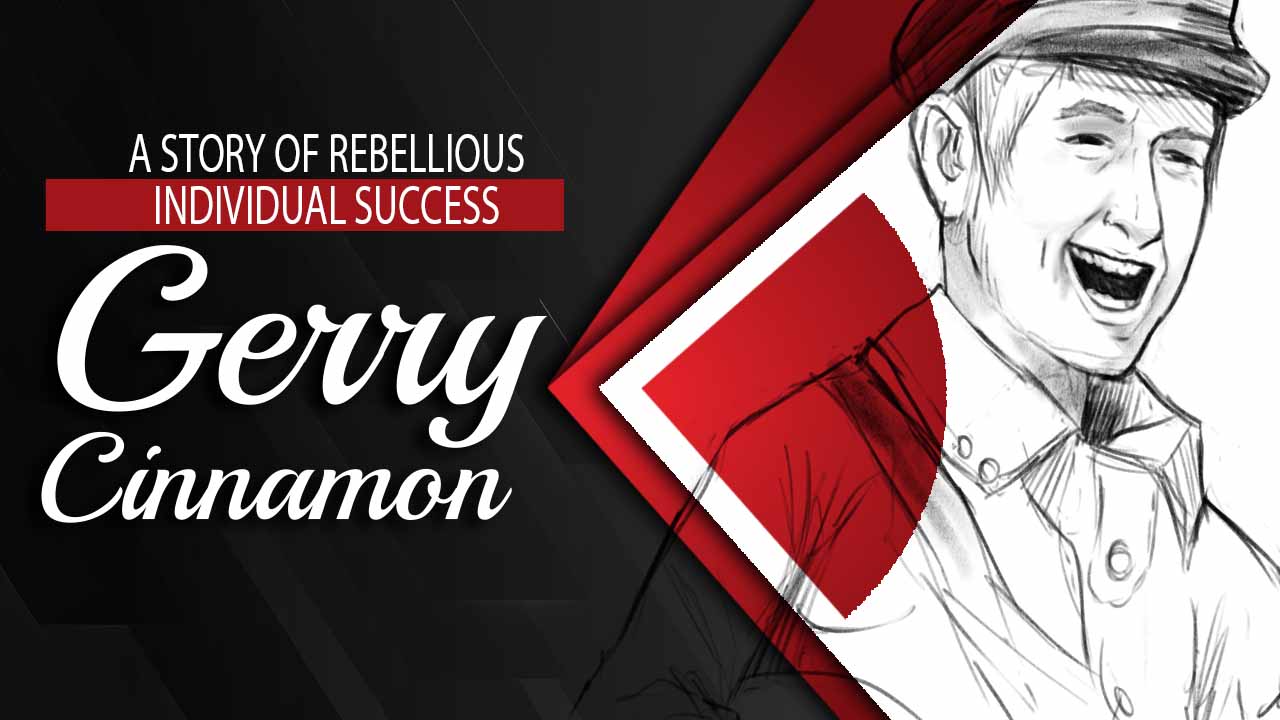 Gerry Cinnamon: A Story of Rebellious

Gerry Cinnamon is a name that has all of Great Britain in an uproar, we’ll tell you here all about this star and his stupendous rise to success and a couple of traits as an artist that make him different than all the rest.

Gerard Crosbie, better known as his name Gerry Cinnamon, was part of a band called  the Cinnamons, a band from he took his now-famous moniker as an artist.

This band came in the 2000s, but was swept under all the indie music movements of the time and went by as a blip on the radar. This did not stop Gerry from trying it out in music however and only serve as a stepping stone.

At the end of The Cinnamon’s run, Gerry had to remake himself as an artist, and started making his own songs and playing in bars. It is to note he did not do this as an established famous singer but started from scratch as a brand new artist.

This new beginning in his career would give him a new outlook and shape his mindset as an artist. You can find on Youtube some covers he made as an artist replaying other musicians as a new and hungry up and comer in the folk rock world.

His simple folk style and the riveting story telling of his lyrics was a success wherever he went and he was beginning to have more traction than he did with the Cinnamons beginning as a solo artist. The Glasgow scene was soon populated with the name of Gerry Cinnamon as hot and upcoming artist.

All of this efforts would slowly come to coalesce, and people in the alternative scene in Glasgow would share his music through social media with his popularity ascending every passing month.

Big Break in his Solo Career

A big break in his solo career came as the “Yes Scotland” movement who supported the independence referendum in Scotland in the political stir of 2014 invited him to compose a song for the movement. His song was “Hope Over Fear”.

He did not want to become a face for the Yes Scotland movement but this opportunity did serve to make him a nationwide presentation and was a fundamental part of his soaring career.

Previously he had enjoyed popularity in the smaller alternative scene of Glasgow but this national presentation served to play his music for a larger audience, that after that showcasing began to include all of the United Kingdom.

In 2015 he published his first EP called “Kampfire Vampire” this was a success and this alongside his previous artistic displays helped grant him the invitation for the “T in the Park” festival where he had the chance to meet up with big name artists in the industry. Stereophonics was among of the names that he found himself among in the renowned music festival.

Must See: Gerry Cinnamon Everything You Wanted to Know

He was invited to the TRNSMT festival in 2017, something rare for an artist that did not yet have an album produced.

His first album came in September 2017, where he released “Erratic Cinematic” something that he did through the platform “PledgeMusic” and was produced by Chris Marshall, his old band member in The Cinnamons. The fact that he produces his albums in an independent manner has caught the attention of all of the music world.

The single “Belter” of his “Erratic Cinematic” album, reached Platinum status and was a big hit during his concert presentations that year. The song is a great sing-a-long and one his most requested songs during concerts, the audience loves to chant alongside Gerry with one of his most important UK hits. He opened concerts for other big-name artists during this period, among this The Courteeners.

He has made a stance against big-name music production companies, saying that they have a purely marketing focus as their end product and popularize low-quality content over better artists for monetary purposes.

“The Bonny” was also released with an independent studio, his stance against big companies being put into action with this release.

The record managed to be number 1 in the UK.

His rise to fame came to a sudden halt due to the 2019 Covid pandemic, he had a lot of shows cancelled, among them a tour through the United States. Nonetheless, he is confirmed in 2021 and 2022 to appear in big festivals and a tour through many countries in Europe.

He has made a name for himself with his lyrics, his down to earth and hard-hitting realism setting him aside from the more popular topics of money and egotism that you can see in more mainstream media. This doesn’t dim the fact that he has millions of views in Spotify and his career is growing every year.

Gerry’s artistic style has being heavily compared to that of Bob Dylan, and some of his artistic inspirations being The Oasis and The Beatles. He enjoys great popularity in the United Kingdom, and once he is finally permitted to make a tour through the United States, that audience is sure to expand his popularity by a considerable margin.

Must See: When and how much will Gerry Cinnamon UK tour tickets be available?

His main instruments are the guitar, the pedal beat, and the harmonica. He makes a lot of those instruments and his concert showings are always riveting.

His songs are full of banging anthems that have made him a popular figure in festivals and his concerts are known to leave audiences booming with excitement, with many of his concert nights carrying well deep into the evening and being city wide sensations.

His rise to fame as a solo artist has been cemented now, and now the whole world is on the look out for the next Gerry Cinnamon album.

Who is Gerry Cinnamon Dating Now?

5 Highest Grossing Movies by Jamie Foxx of All Time

When and how much will Gerry Cinnamon UK tour tickets be...