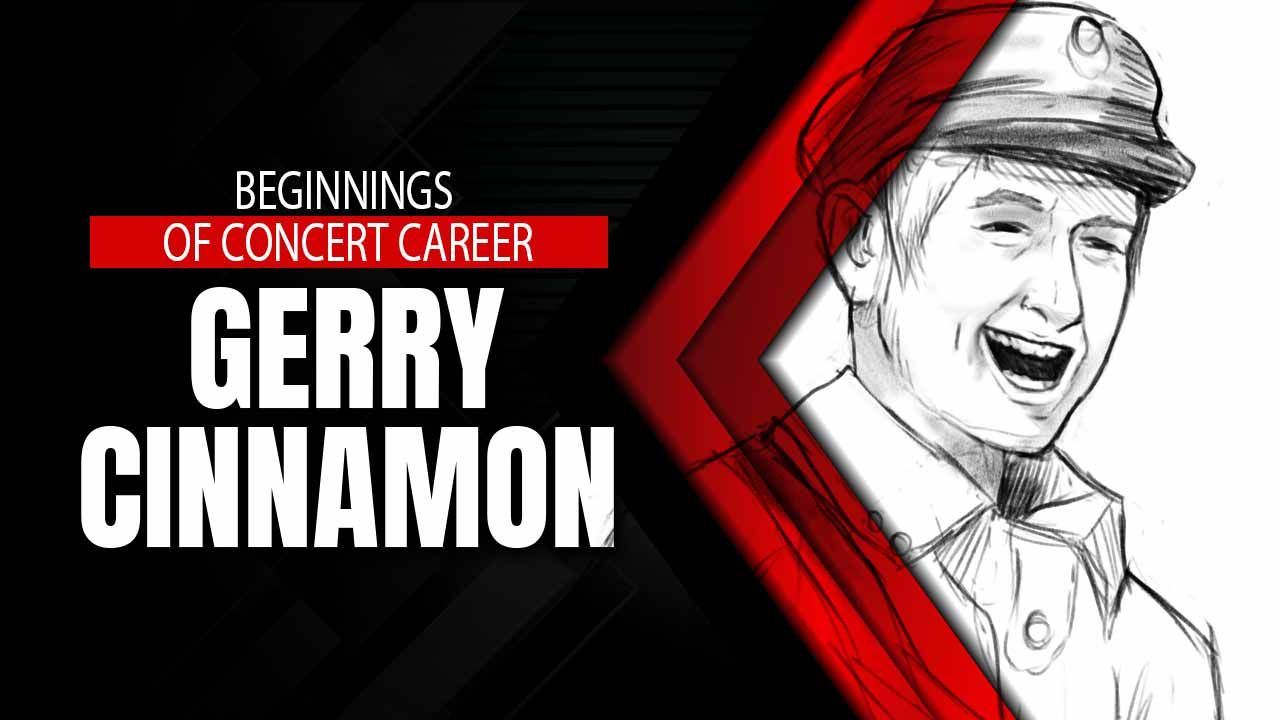 Gerry Cinnamon saw a lot of movement in 2010- 2015, his music career and name taking off yet not as much as it would after his first album in 2017, and was active in collaborations with plenty other musicians during this time period. Cinnamon supported John Power on tour in the summer of 2015, published another single, Campfire Vampire, and played to a big crowd on the T-Break Stage at T in the Park, satisfying a long-held ambition to perform at the event.

In 2014, after selling out small-venue shows solely via word of mouth and social media, he was requested to be a part of the Scottish independence event with his singing skills. His Scottish nationality and the musical positivism and cultural tradition he has shown through out  his career being very attractive for organizers of the patriotic movement.

In 2014, as his fame grew via word of mouth and social media, he was requested to write and sing a song at a rally event scheduled prior to the Scottish independence referendum. For the occasion, he wrote a song called Hope over Fear, which helped him gain the attention of a much larger audience. The song published as a single, although he claimed that he did not want to become a figurehead for Yes Scotland, the group representing the parties, organizations, and individuals pushing for a “Yes” vote in the 2014 Scottish independence referendum. An open mic evening in a pub on the Road in central Glasgow provided him with the chance to perform his tunes, and the event grew in popularity as Gerry’s addition to the tally was announced.

After the release of the album, he announced a December event at the Barrow land Ballroom. All tickets sold out within hours of being posted. Following a few days later by a couple of dates that sold out even faster. This accomplishment, a first for an unsigned musician, won him a seat in the ‘Barrowland Hall of Fame’ with Glasgow native Frankie Miller, Noel Gallagher, David Bowie, and the Ocean Color Scene. This traction that he has generated with his concert full housing served as a great motivator to release his first album, which he did in 2017, Erratic Cinematic.

During a solo performance at a college, he met Castle milk neighbor and ambitious producer Chris Marshall. They recently collaborated on a casual basis, with Marshall orchestrating the music and Crosbie writing the lyrics, and finally created a lo-fi band, called The Cinnamons, with Lori Duncan, Dave Bass, and GAV Hunter, and issued a five-song EP in 2010 with Gerry as vocalist. Crosbie later went by the moniker Cinnamon as a solo musician, and his latter discography includes several pieces from the period.

Must See: Gerry Cinnamon – The Famous Singer in Facts and Data

What Have You Done Lyrics – Gerry Cinnamon