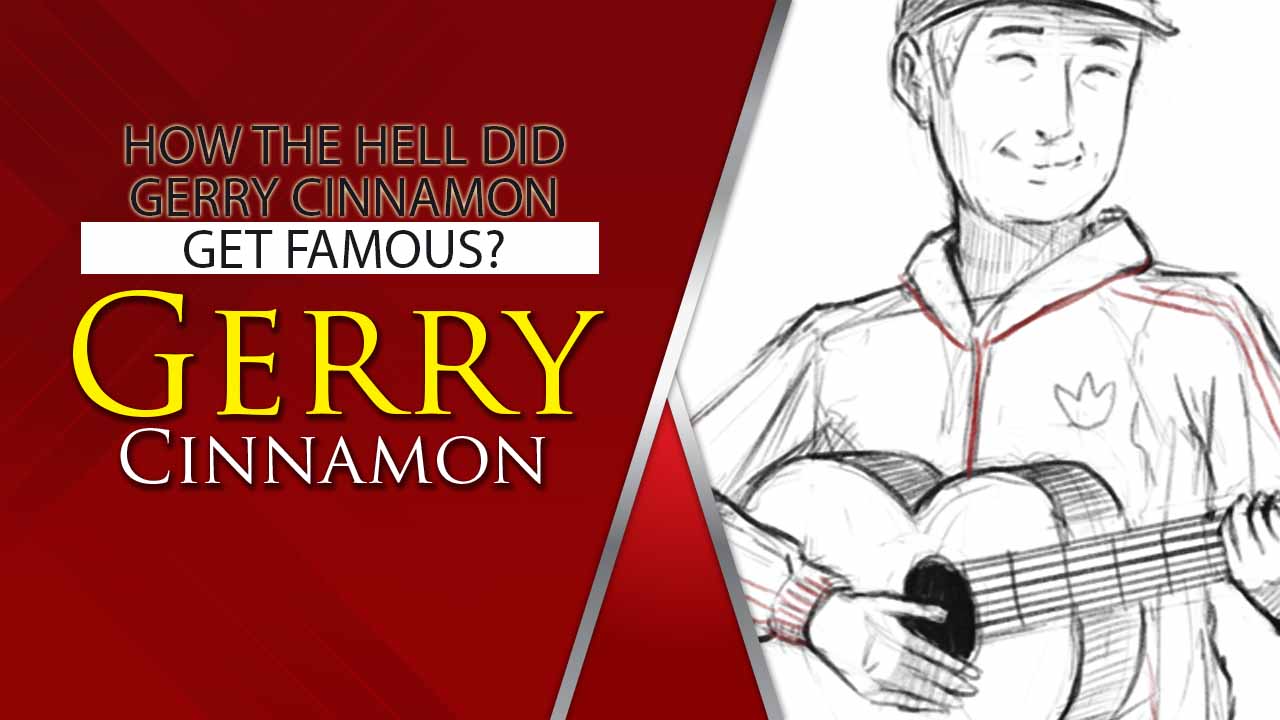 The music industry has evolved significantly in the previous decade, and Gerry Cinnamon, one of Scotland’s most successful musicians, is an excellent example of an artist prospering in a shifting musical world.

Cinnamon and his Music

Regardless of your opinions about Cinnamon and his music, there’s no doubt that he’s gone a long way in the last several years. Gerard Crosbie, a 35-year-old singer-songwriter from Castlemilk, rose to notoriety after performing at a local open mic night. Erratic Cinematic, his debut album, was released in 2017 and was funded through the PledgeMusic platform. Since then, he’s only released a few singles, but he’s still selling out venues around the country.

Cinnamon’s success reflects a significant shift in the music industry during the previous ten years. Cinnamon sells a lot of tickets, therefore record sales aren’t as important as they once were. In fact, he closed up 2019 by selling out two consecutive nights at Glasgow’s SSE Hydro — a 13,000-seat stadium – and then announced and sold out the largest event of his career at Hampden Park this summer, becoming the first Scottish artist to headline the venue.

Cinnamon has enjoyed success throughout the country, not just in Glasgow. Over the last few years, he was set to play at a variety of events in the United Kingdom and Europe, as well as an Australian tour. His 2022 tour promises he will be back with vengeance.

Gerry Cinnamon has developed a cult following, a committed and impassioned fan base that will go to see him anytime he announces a show, whether or not it is in support of new songs. This is another illuminating aspect of today’s music industry, where fandom reigns supreme and a musician’s or band’s success is often judged in terms of how loyal their fans are rather than how many records they sell.

All of this is not to say that Cinnamon’s success is just fortuitous. He arrived at a time when the whole ‘lad with a guitar’ busker vibe was becoming more popular, thanks to Ed Sheeran. Consider the last ten Brit Award winners for British Male Solo Artist: Ben Howard, James Bay, and George Ezra all share striking parallels in their musical styles, as well as their appearance and backgrounds.

Cinnamon, on the other hand, has a cult following that exists outside of the mainstream. He is characterised as an anti-folk hero and a “people’s poet,” akin to Billy Bragg before him, and has chosen to escape the music industry’s customary framework. Throughout his career, he has been mainly self-sufficient, operating without a record label and with little to no public awareness.

Cinnamon, on the other hand, releases all of his music through his own label, Little Runaway Records, and so retains complete creative control as well as the majority of the revenue generated from record sales. Cinnamon’s live shows have relatively low production costs — he generally performs alone with just himself and his acoustic guitar – therefore it’s reasonable to believe he’s generating money.

Cinnamon’s career isn’t slowing down anytime soon, with his second album, The Bonny, due out in April, a large summer tour planned, and an ever-growing fan base. While living in his own tiny universe has some difficulties, it is also the reason he has thrived. With such committed and fervent admirers as his, who knows where he’ll go from here?