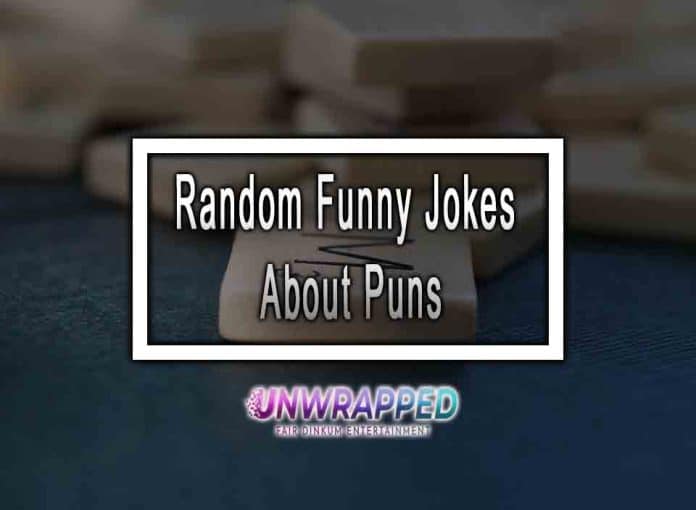 Ready for a laugh? I have collected from around the internet some of the funniest random jokes on Puns. See below 10 side spitting (or not) jokes on puns.

“The other day someone left a piece of plasticine in my house.
I didn’t know what to make of it.”

“My local museum is trying to raise money by setting up a dinosaur fossil display. How will it work?
Remains to be seen”

“I phoned the local gym and I asked if they could teach me how to do the splits.
He said, “”How flexible are you?””
I said, “”I can’t make Tuesdays.”””

“Ordered some stuff online the other day & I used my donor card instead of my debit card.
Cost me an arm and a leg.”

“I saw this really fit girl in the nightclub last night and she was wearing a chessboard patterned shirt…..
So, I made a move on her.”

“My girlfriend wanted perfume & jewelry for her birthday but I got her a chocolate egg & a toy instead.
She was kinder surprised.”