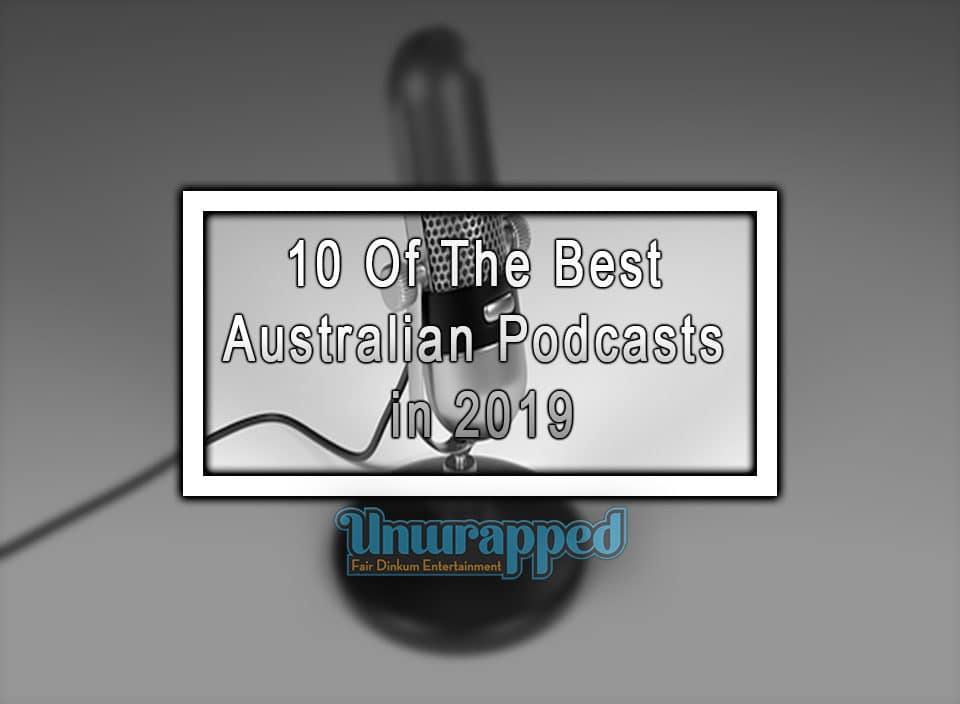 Australian Podcast Shows You Should not Miss

Have you got your new headphones? And still, have not listened to any podcast show? What is the best way to start using your new headphones or new Google Home, then to watch amazing podcast shows and get amazed by smart speakers?. The podcast shows can be as diverse as a music show, comedy show or live comedy. For me, some of the podcasts are so insightful that I can binge-watch them for hours. If you do not know where to start listening to a podcast show in Australia, no worries, we are here for you to help and let you decide what to listen. Some of the most amazing podcast shows in Australia are given in detail in this article.

This Podcast show has an average time lapse of 50 to 60 minutes. Although the podcast series has been completed now, we are still waiting for its case developments. This podcast show is based on investigative journalism that tells about the failures of Australian police in a proper investigation of disappearance of a young mother living in Sydney. The show is based on 1980s. True Crime Teacher’s Pet is a 14 episode series which covers the potential corruption of police. The series also focuses on high school teachers who are using students for sex. Above all, the series covers the story of a young mother, Lynette Dawson who gets missing and is never seen or heard again. The lead person in the show, Hedley Thomas, an investigative journalist collects all the shreds of evidence, interviews her friends, family, and other witnesses. He is seen to be asking hard-hitting questions from the people who might be involved in the disappearance or might be a murder, which remained unprosecuted for a good 40 years. This podcast is amazing to listen and sometimes unbelievable too.

2. Who the Hell is Hamish

Another podcast show in Australia which is greatly recommended is ‘Who the Hell is Hamish’. It is among the truest crime podcast of Australia. The show is not murder related and focuses on the wild story of an Australian con artist whose decades-long career is about to end. The show is absolutely incredible and covers the story of Hamish Watson who is a surfie from Sydney. But this person can morph into any person that he needs to be. Hamish got sentenced to jail in 2019 for duplicating a number of victims out of more than $7 million. But these crimes are just a little representation of who he really is because for decades he has been duplicating many victims in the United States, Australia, Canada, Hong Kong, and Britain. The show covers the realities behind how he used to do it and how he used to evade the authorities from around the world and managed to work for so long and whatever he has done to steal millions of dollars from people.

The average length of an episode of Bowraville Murders is 20 to 30 minutes. The show is complete and is available on Netflix. The show is an eye-opener for failings of the court system in Australia. The veteran journalist of the Australian newspaper, Dan Box starts an investigation of Bowraville Murders which is basically a series of three killings in small town of New South Wales. These murders were previously thought to be unconnected to each other by police and courts. This journalist keeps on working on the murders and piece together all of the available evidence to complete the puzzle and finds out that the three separate cases are not separate. He collects evidence to initiate the retrial of families of all the three victims who are fighting for justice since early years of 1990s. He collects interviews of witnesses, brings out quality narration of the incidence, the sound effects, and music which, and finally a taped phone call between Box himself and the suspect. It is a thrilling and interesting podcast show and should not be missed.

Boonta Vista is a very enjoyable podcast show by Ben McLeay. The show is based on politics but there are a lot of weird and wonderful things with very funny explanations in this show. One thing that you can do while listening to this show is to listen to it at double speed. The reason is that they all talk very slow but are worth watching. Andre, Ben, Lucy, and Theo will take you to an amazing journey deep down in Australian politics, media, and culture. This podcast is a little different from other thrilling podcast shows in a way that it does not solve murder mysteries, it just talks about politics and media in rather a fun way.

Trace is another amazing podcast show in Australia. Every episode of this show covers 30 minutes. The show has been completed but we are waiting for its further case developments. This podcast show encourages renewed police investigations. 37 years ago, Maria James, a mother of two children died, and for 37 years the police are unable to find the person who is responsible for this death. She was found dead at the back of her bookshop in Melbourne in a condition that she was stabbed 68 times. ABC journalist, Rachel Brown got attentive towards this case after she suspected some of the loopholes in over investigation. She found out that some of the facts were overlooked. She also has a background in police coverage and hence she explores all the avenues to ask people and society for this murder. She asked such blunt questions, which were not even asked by the police. Later she found out that Maria’s death might be associated with Catholic Church. The further developments in the case are still awaited.

The All Aussie Mystery Hour podcast is created in house by Josie and Melissa of PTV. The show gives us insights into the homegrown murders and mysteries. It is a fun show and many realities are described in it in a very fascinating way. If you are a fan of My Favorite Murder – Tegan, then you must check out this show too. Every episode of this show our Josie and Melissa brings out an unsolved Australian mystery on the table and share it with the public. Some of the mysteries have been solved and some are still under process. And interestingly every other mystery they bring on the table is weirder as compared to the previous one.

Phoebe’s Fall is one of the most-watched Australian podcast shows. The show has been completed but further developments in the case are expected and hence we are waiting for more episodes. This show is based on a case that is full of mysteries and hence is very challenging for the laws of Australia. In the show, the official who is responsible for the investigation of a 24-year-old Phoebe Handsjuk’s death, declare it to be an accident. It is stated that he died during an adventure of jumping into the garbage chute from her luxury apartment due to overdose of drugs and alcohol. Her family, however, is interested in re-opening the case and is trying to appeal the decision of the court. The show has had 6 episodes on aired and these episodes two of the reported from the Age starts investigating the case in detail. They find out the reason, why the justice system failed to give justice to Phoebe and how her family is still fighting for justice to be served. The show features interviews with the family of Phoebe, her friends, witnesses, and investigators are well. It is a mysterious yet very interesting to listen to the show.

8. It Burns with Marc Fennell

This interesting podcast show is about such a boring topic that we could have never expected it to be so much compelling and interesting. Yes, this show is about growing and eating chillies. The show features and odd cast and shows the fascinating world of chilli eating competitions. With this, there is amazing drama and controversy during the storytelling. It Burns with Mark Fennel is based on the story of 10-year scandal-plagued international competition. This show takes its listeners from Australia to South Carolina. It is alleged in the show that Australia was cheated out of Guinness World Record. The show is filled with war in which there are larger than life characters who are accused of cheating and theft. Basically in the competition of growing the breed of hottest chilli in the world, the hardcore chilli fans spread across the globe and compete in chilli eating and breeding. The show describes this and is entertaining to listen.

The average length of a single episode of CaseFile is 25-120 minutes. It is released weekly and it covers many interesting cases from around Australia. Besides the lengthy and complex crimes, every episode of this podcast show covers a separate criminal case. The CaseFile is different from any other podcast because when you listen to it, you will not feel like you are listening to an audio documentary. Instead, you will think that you are sitting in the room where someone is reading you a ghost story. The delivery of this show is very captivating and the presenters of this show are also anonymous. Believe us when we say when you will start listening to this show, you will remain hooked up to it for long.

Yumi Stynes will be your host while you listen to this show that is Ladies, We Need to Talk. It really is a very good discussion on the issues related to women in Australia. If you are women and intend to visit Australia, then you should listen to this show to get into the insights of the problems you might face. She calls amazing guests on her shows and often discusses the issues which are not talked about. Some of her show cover topics like how to close the orgasm gap, how to avoid being blindfolded by hormonal rollercoaster, the best contraception which will work for you and how you are not the only one suffering from this issue. It covers the tricky and taboo topics of the society which people usually avoid to talk.

Australian podcast shows are among the best podcasts in this world. These shows revolve around mystery, murder, politics, crime and much more. To get better insights into the culture and current scenarios of the country you must listen to its podcasts which are based on true stories. The podcast shows covered in this article are some of the most interesting shows you will ever listen.