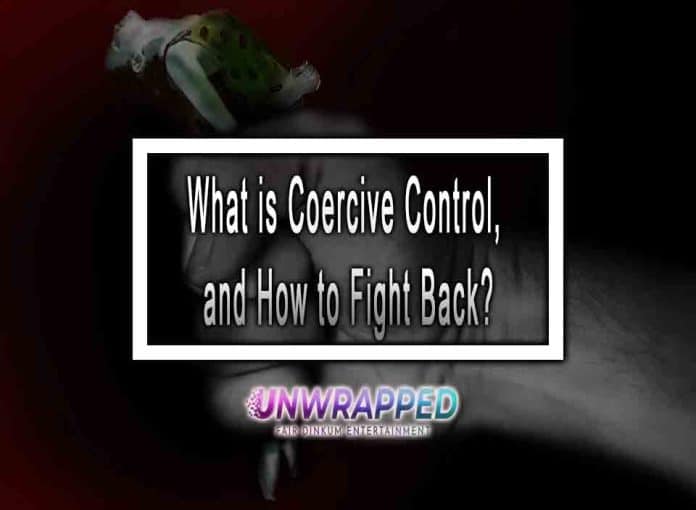 How to Identify Coercive Control

Coercive control is a form of emotional abuse and manipulation that a person uses to achieve power and control over another. It involves learning what makes the victim feel vulnerable, guilty, or bad about themselves, manipulating those feelings, getting them to give up something they want, and then dependent on their abuser.

Also, coercive control involves a systematic pattern of acts by one person to maintain power and control over an intimate partner through intimidation, isolation, threats, and other forms of abuse. The methods can be physical, sexual, psychological, and financial. Abuse may include controlling or monitoring where the victim goes, who they see or talk to, what clothes they wear and what time they are allowed to return home.

Denying a partner access to money, food, or clothing is also included in coercive control. Maintaining control over their communications such as phone calls, emails, and letters is another common form of abuse and physical violence such as punching/grabbing or pushing/shoving that results in injury. Before things get worse, you’ll want to speak with domestic assault lawyers to end the abusive contact. Coercive control also involves intimidation with weapons and threats such as threatening to commit suicide if the victim leaves or harms family members.

Coercive control is a pattern of ongoing behaviour and mental abuse that causes you to become afraid for yourself or someone important to you. It’s a type of abuse that can happen in any relationship and can be challenging to recognise as it’s not always obvious.

The abuser may use physical violence, threats, or other forms of intimidation, such as the destruction of property or pets. They may also try to control when you go out and who you see, including friends, family, and professionals such as doctors or counsellors.

Coercive control can be highly damaging to victims and seriously affect their mental health. It might also lead to financial abuse, such as preventing the victim from working or having access to money. People experiencing coercive control are often isolated from families and friends and have little freedom over their own lives.

Remember that there isn’t just one type of person who commits domestic abuse – it can happen in any relationship between people who know each other well, including those with no history of violence before.

A person is said to be subjected to coercive control if their daily life is limited by someone else, where that person is being prevented from doing things without permission. The perpetrator of this kind of abuse usually has a tight grip on the victim and their routine and often isolates them from friends and family members. The victim can be unaware of their situation, which could happen in any relationship.

This form of abuse is not easy to spot as there are times when loving gestures are combined with controlling ones. These different forms of control can sometimes be one-time incidents, but they may also happen over time, leading to physical violence that appears out of nowhere.

In most cases, the most common signs of coercive control are; physical violence, abusive language, control over a person’s personal life, and limitation of the freedom of the abused, among others.

See This: Top 5 Movies About Gaslighting

In most cases, you may wonder why two lovers who had great feelings for each other will one day get in a situation where one is completely dominant over the other and makes their life a living hell. It is expected that genuinely in love, people should love and care about each other. However, this doesn’t usually happen, resulting in bitterness, tears, turmoil, anger, depression, and loss of personal freedom.

When a relationship gets sour and coercive control comes in, two lovers change into an abuser and an abused. The abuser makes the abused person’s life intolerable, and the abused always lives in tears, fear, and a poor state of physical and mental health.

Read On: How Gaslighting Manipulates Your Mind

Coercive control is brought about by different situations that include;

These factors can lead to one partner feeling that they have control of the other and that they are their property. It is important to note that personal character plays a significant part in applying the above factors. A person’s personality makes them react to the above-listed factors by developing coercive control over their partner. It is always best to leave a relationship where signs of coercive power are noticed.

Failure to leave such a relationship will result in you becoming a victim of abuse that will significantly affect your physical and mental state. It will lead to physical violence, mental disorders, depression, and illnesses such as stomach ulcers, hallucinations, and headaches due to constant mental illness torture.

The effects of coercive control

Coercive control can be demeaning and highly stressful to the abused. The physical and mental torture can be overwhelming, limiting the quality of life of the abused. The victims mostly feel caged and helpless, and there is little that they can do to redeem themselves. The toll is very devastating, and with time the abused is exposed to the following dangers:

Coercive control is destructive and highly stressful, and in the worst-case scenarios, it can lead to extreme physical violence and even death. It is necessary to take this subject seriously because it is a precaution and an effective way of ensuring that you stay safe from abusers and hence live escape the jaws of physical and mental harm in an abusive relationship.

It is common for the abused to stay in an abusive relationship hoping for the abuser to change their behaviour and become better. At certain times, the abuser promises to revise and amend their ways, but within a short time, later they get back to their old ways. The abused are also blinded by love to risk their life by holding onto the hopes of love that will never work.

Please note that abusers are up to taking advantage of this, and the more you stick around loving them and hoping for change, the more they will keep mistreating you and abusing you physically and mentally because they know they have you within their grip. It is, therefore, best that no matter your feeling of affection for an abuser, you should call it quits from that relationship because you deserve better.

Read This: 7 Signs Your Dysfunctional Parents are Gaslighting You

How to fight coercive control

Coercive control can be subtle or obvious, but it’s always damaging. The perpetrator aims to make their victim feel helpless and undervalued while also making them utterly dependent on the abuser for their survival.

The first step in fighting coercive control is to recognise it. The signs can be subtle, and they may not fit your preconceived notions of domestic abuse. The abuser may be a good provider or a loving parent. The abuse can even seem like love initially, as the abuser tries to win you over with kindness and attention.

But remember that abuse is about power and control and not love, so if your partner wants to change who you are and how you live your life, that’s cause for concern.

Also See: What Is Gaslighting in Relationships?

Protect yourself. If you have children, make plans for their safety before deciding about leaving your partner. If you’re not sure where your partner will go or what he or she might do, stay away from them.

Get support. Receive help from trusted people who can help you make a plan and keep you safe while you figure things out. You may want to seek counselling with someone trained in domestic violence issues, such as a psychologist or social worker, or join support groups based on religion or ethnicity.

Make a safety plan to protect yourself and your children from abuse. Stay away from your abuser as much as possible. Keep phone numbers of friends and family members near at hand, keep important documents such as identification papers in a safe place, and have money available for emergencies. Also, it is necessary to know where local shelters are located if needed.

In summary, coercive control is a pattern of behaviours designed to make you dependent on someone else or restrict your ability to take action without their permission. It can include measures such as:

More on Gaslighting: How to Spot and Fight Gaslighting by Parents / Loved Ones

Coercive control is around us everywhere, and it is impossible to avoid altogether. In light of that, everyone needs to know about past cases of coercive power and methods of protecting against psychological abuse. Hopefully, this information will help you manage to shed some light on what coercive control is, how to spot signs of an abusive relationship and how to end it.