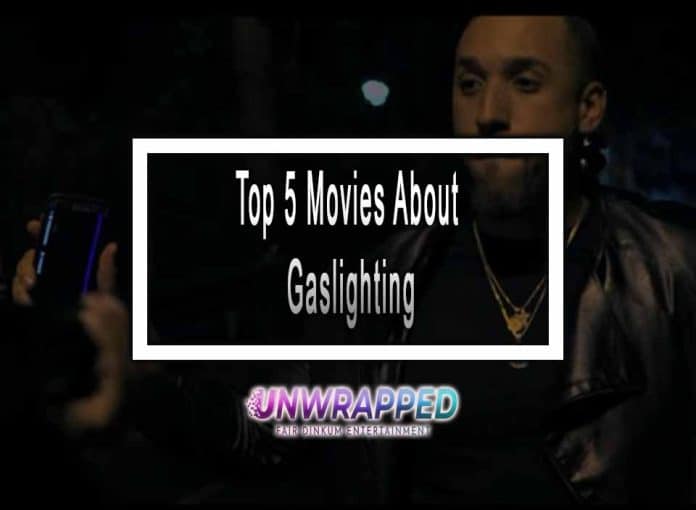 So Let’s Take a Look At 4 Classic Gaslighting Films.

If you are unaware of the gaslighting, you first need to know about it. Gaslighting is an aggressive, emotional abuse that you can witness in bad relationships. It is the purposeful manipulation of a person’s ideas, emotions, and current events to get them to doubt their thoughts, recollections, and current events. It can even reach the point where the individual believes they are going nuts. There are several movies about gaslighting available to watch.

Here is a list of top movies about gaslighting.

Sleeping With the Enemy

Sleeping with the Enemy is a fictional depiction of a toxic relationship that appears too genuine in actual life. Laura’s marriage seems to be ideal on the surface, but it turns out that her spouse has been deceitful mentally, physically, and sexually during their relationship. Martin claims Laura is trying to hook up with other men beginning of the film, .then seems to be using that alleged affair as a justification to be cruel to her. As a result, she is forced to flee her wedding and her abusive husband to restore her personality and stability.

A particularly extreme case of gaslighting is responsible for the bulk of the mayhem in the classic movie Fear. Nicole immediately learns David is a terrible guy after he intentionally beats up on her buddy Gary and causes her a black eye. She dumps him, but David persuades her that he’s just not like that and that, in reality, he was physically assaulted by Nicole’s father. Nicole rekindles her relationship with David, who tries to harass her and do horrific things—at the same time, attempting to persuade her that he isn’t this scary, murderous person, even though he is.

Unsane, unlike several horror flicks, emphasizes the gaslighting. Sawyer is taken to a mental institution without her will after mistakenly thinking she was heading to a support network. Even though the character is suffering from mental troubles due to coping with a harasser, she would not need to be related. The whole affair is a hospital plan to drain people’s insurance. Even scarier, this video is virtually identical to a genuine chain of institutions. They have become notorious for detaining individuals without their will and saying they had suicidal intentions.

Although Midsommar is nominally a scary movie, it makes every effort to deviate from established horror conventions. After a split, filmmaker Ari Aster scripted the film, mainly about Dani and Christian’s destructive marriage.  Christian repeatedly deceives Dani into believing she is mentally ill and incorrect throughout the film. Dani’s sister just committed suicide, and Dani requires help and support from the gentleman she pretends to be her boyfriend, Christian, who continuously tells her she’s needy and desperate.

The girl on the train

Girl on the Train resembles a recent Gaslight version in several aspects. According to her husband, Rachel has a problem with drinking, which causes her to pass out and do horrific things. He uses her claimed conduct as a reason to divorce her and marries another woman. But, as we find after the film, none of her flashbacks occurred in the manner claimed. She was too intoxicated to recall that her spouse was the perpetrator of these heinous acts, especially his dismissal from his work, which he continued to throw on her.

Get This: 5 Movies Like The Long Good Friday to Watch