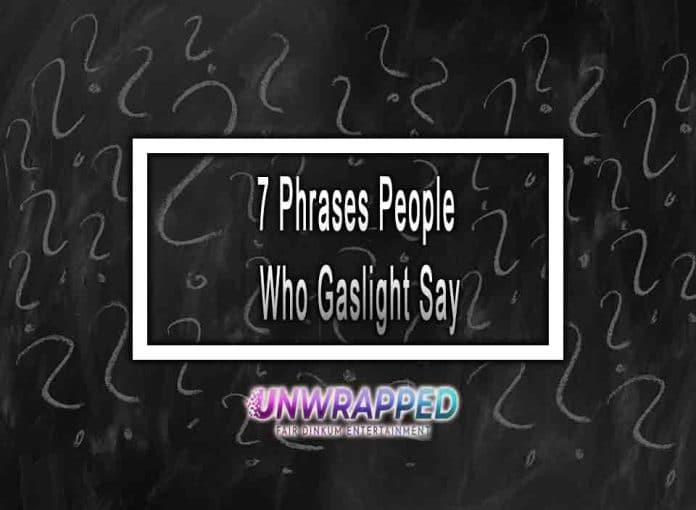 In abusive relationships, gaslighting is a prevalent kind of manipulation. It’s a type of covert emotional abuse in which the bully or abuser deceives the target by inventing a tale that causes them to doubt their own judgments and reality. After a period, the gaslighting victim begins to mistrust their own perceptions of the world, and even their own sanity.

Gaslighters trick you into doubting your own recollections or conduct by lying about them and accusing you of being mad as a result. If someone at work constantly contradicts your reality, you may be dealing with a gaslighter.

2. “You’re Overreacting” Or “You’re Being Too Sensitive/Emotional!”

Gaslighters also dismiss your emotions and argue that being sensitive is a negative feature that you must avoid. Pay notice if a coworker or supervisor accuses you of being overly sensitive – you might not be the source of the problem.

3. “You’re Imagining Things” Or “That’s Not What Happened At All!”

Gaslighters will say something, then go back on their word and pretend that they never said it. This leaves you wondering if they actually said it or whether you were simply dreaming things.

On that topic, gaslighters will frequently rewrite circumstances and make you question your version of events in order to avoid accountability. They refuse to recognize any of their faults, so they end up telling you that your recollection is incorrect, making you question your reality once more.

Gaslighters will also continue to convince you that something is wrong with you until you believe it. This accumulates over time and may be fairly ubiquitous, so keep an eye out for such remarks before blaming yourself.

Gaslighters will say the cruellest things to you and expect you to be unconcerned about it. They don’t want to accept responsibility or be accountable for their statements, so when you bring it up, they blame you.

7. “Don’t Listen To Anything They Tell You. You Can’t Trust Anyone But Me!”

Another typical gaslighting strategy is to use your convictions against you. “Don’t listen to whatever they tell you. You can’t put your confidence in anyone but me! ‘as a way to ignore or excuse their bad behaviour, You begin to question your initial reaction and wonder if you’re being fair because you do love the person.

Being the target of a gaslighter’s assault might make you question your own sanity, cause you to devalue your own sentiments, affect your professional connections and performance, undermine your confidence, and reduce your job happiness. While it’s crucial not to use terminology like “gaslighting” carelessly, this psychological type of abuse does occur in the workplace, and you can tell whether you’re dealing with one by the language they use.

More Enlightenment: How to Spot and Fight Gaslighting by Parents