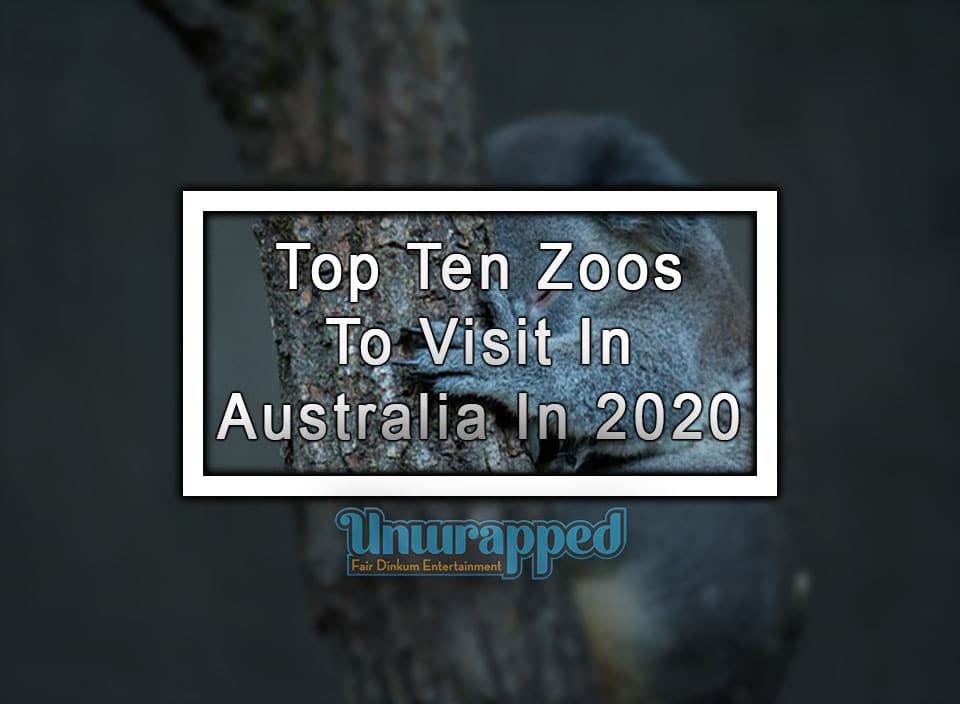 Explore the Natural Biodiversity of Australia in these Amazing Zoos

Australian zoos are home to amazing biodiversity. With wonderful animals and a possibility to encounter these animals closely, the zoos in Australia are a must-visit. Zoos are one of the major tourist attractions in Australia. It is because of the zoos that some of the most endangered species in the world are still alive. Some of the zoos with most valued animal species are discussed in this article so that when you visit Australia, you get a wild experience with these wild animals.

If you are a fan of Crocodile Hunter and if you use to watch his documentaries, then the Australia Zoo is a place for you. This zoo was founded by parents of Steve Irwin in 1970. Since the tragic death of Steve Irwin in 2006, his wife Terri and kids Bob and Bindi are associated with the Home of the Crocodile Hunter. Australia Zoo is a continued legacy of Crocodile Hunter. There are more than 1000 animals in an area of 100 acres. The zoo is located in Sunshine Coast Hinterland which is at a distance of one hour drive from Brisbane. If you are visiting this zoo, then you should not miss the legendary live crocodile feeding show, because it is very amazing.

Melbourne Zoo is the oldest zoo in Australia and is considered to be the oasis on the crossover of the centre of the city. Most of the Melbournians have grown up while going to this zoo. Since its establishment, this zoo has evolved a lot. Recently in the lion enclosure, Lion Gorge has been launched. This upgrade has cost around 5 million AUD. With this upgrade, the visitors can now get a closer look at the lions. With this new design, you can get so much close to the lions that you can feel the breathing of lions. A Wild Sea is also present in the Melbourne Zoo. This place shows the coastal wildlife of Victoria. The Melbourne Zoo is also known to be the leader in conservation of endangered species. Up till now, the zoo is targeting 21 endangered species including rock wallabies and pygmy possums for conservation. In the zoo, endangered species are captive bred and then they are planned to be re-introduced to the wild habitat.

Taronga Zoo is situated in Sydney and is very famous for the reason that you can experience the most spectacular view of the city skyline in this visit. You can reach this zoo by taking a ferry from Circular Quay in Sydney to Taronga Zoo. Among the major attractions of this zoo is the cable car which is located over the monkey trail. With this cable car ride, you can enter into the most amazing protected animal park. This zoo visit is filled up with many amazing adventures. You can get a stunning picture opportunity with the giraffes’ long necks merging and the skyline above Sydney Harbor in the background. This zoo has incredible views and it is more popular for its views than its animals. The zoo also organizes a special bird show which is free at particular times every day. So when you visit this zoo, get yourself a spot in this bird show so that you do not miss major fun with incredible birds’ demonstrations. The Taronga zoo constitutes a collection of more than 4,000 animals. Among its major attractions are a view of Sydney Harbor, a view of Sydney Skyline, Animals of all sort and much more. There is a new addition in the zoo, which is a jungle-themed tiger trek. In this area, you can be close to and take pictures with endangered Sumatran tiger species.

Werribee Zoo near Melbourne is a zoo of its kind because it is an African themed zoo. The African continent is famous for all sorts of safari animals. There are many animal species around the world, whose natural habitat is in Africa. The Werribee Open Range Zoo is considered to be the most attractive tourist wildlife destination in Melbourne. The zoo mostly constitutes of African species of animals and birds, but that does not mean this zoo is solely dedicated to African animals. There are a number of Australian wild species which are also contained in this zoo. Your children can learn more and more about African safari-style while outing in this zoo. Some of the famous animals which can be found in this zoo include African wild dogs, Antelopes, Camels, Cheetahs, Giraffes, Gorillas, Hippopotamus, Lions, Meerkats, Monkeys, Ostrich, Rhinoceros, and Zebra. Australian wild animals including koalas, emus, and kangaroos can also be found in this zoo. Hence, we can say that the Werribee Open Range zoo spread on an area of 225 hectares is a place where you can spot most of the animals you would expect to find in wild habitats of Africa.

Lone Pine Sanctuary is a worth visiting place for all our koala lovers. It is situated in Brisbane and it is known to be the world’s first as well as the largest sanctuary for koalas. The Lone Pine Sanctuary also conducts research for safety of this wild species. It is at a distance of 12 kilometres from the centre of Brisbane. You can reach there by bus and even from boat which will take you to the South Bank of the sanctuary. A general ticket on this sanctuary costs 36 AUD whereas children, senior citizens, families, and students are given discounts. There are more than 130 koalas in this sanctuary. The place has different wild habitats of koalas. Most of the states in Australia do not allow you to hug a koala, but when you visit this sanctuary, you are lucky, because its located in Queensland and the state allows being personal with koalas. So hug a koala and take a picture for lifetime memories.

The Healesville Sanctuary is located in the Yarra Valley wine region, which is just an hour-long drive from Melbourne towards north-east. The sanctuary gives you an experience of enjoying the wildlife as well as the indigenous culture of Australia. One of the major tourist attraction in Healesville Sanctuary is that they allow you to come closer and sometimes make contacts with native nocturnal animals of Australia. These animals, among others, include bilbies, bandicoots and possums. The sanctuary also houses a wombat enclosure, where you can enjoy being with wombats because these animals are difficult to spot when in wild. You can also visit lovely marsupials in the koala forest located in this sanctuary. This zoo is famous for animal rescue as well as rehabilitation of species.

Adelaide zoo, being one of the reasons people visit Adelaide, is a place where you can find 2500 animals belonging to 250 different species. The zoo houses both exotic and native species of birds, mammals, reptiles, and fish. Adelaide zoo is the second largest zoo in the country. The zoo operates on a nonprofit basis, like other major zoos of Australia including Melbourne Zoo, Perth Zoo, and Taronga Zoo. This zoo has one animal species, all of humanity loves to cuddle. Yes, we are talking about cuddly panda bears. There are two panda bears in this zoo and these are the only pandas found in Southern hemisphere. These pandas are named as Wang Wang and Fu Ni. There is international giant panda research going on in Adelaide zoo for better conservation and breeding of these pandas. The research focuses on ways to preserve the endangered pandas.

If you have been to Melbourne, you would have surely heard about this Sea Life Melbourne Aquarium, because it is one of the most sought tourist destinations in the city. The aquarium is situated at the banks of Yarra River in Melbourne. It is known to be one of the best marine wildlife zoos in Australia. The aquarium was established and opened for public in 2000 and is home to a large variety of marine life. Make sure you visit this aquarium while you are in Melbourne because it has many features which are worth a visit. Besides different tropical fish and marine organisms, the aquarium constitutes of rainforests, sea dragons, crocodiles, sea turtles, penguins, sharks. Mangroves, rock pools, stingrays and sea horses. In this aquarium, you will be very close to different kinds of marine life from all around the global waters.

If you want to visit an African themed zoo in luxurious enclosures, then Dubbo Western Plains Zoo is the go-to place for you. As compared to other zoos in the country, this zoo is amazingly luxurious. The zoo is focused on giving animals a large free environment to roam around, which gives them a more natural environment when compared to other zoos in Australia. The interesting thing about this zoo is that you can cycle around over the 6 kilometres long circuit and get closer to African wild animals to a point that there is only a moat as a separation between you and animals. A general entry in this zoo costs 48 AUD for a ticket. The best thing you can do in Dubbo Western Plains Zoo is being so close to giraffes that you can hand feed them, probably the only time you can come this much close to this creature.

The Tasmanian Devil Unzoo is known as unzoo because there are animals without cages, so technically it is not a zoo. The zoo has an aim to conserve endangered Tasmanian devil from official extinction. This unzoo constitutes of four different habitats of the Tasmanian devil without fences. The visitors here are informed about this endangered marsupial species. Besides the Tassie devil, you can see kangaroos, wallabies, hens, bandicoots, possums and some hundred species of birds roaming around you without fences.

The amazing array of Australian native and exotic wildlife can be experienced in the amazing zoos of Australia. Animals such as wombat and Tasmanian devil, which are impossible to spot in the wild, can be seen here. Besides Australian animals, many zoos also showcase African animals. The zoos beside showcasing and informing visitors about these animals are also working on conservation and breeding of many endangered species. So visit these zoos and achieve a remarkable wildlife experience in Australia.

What is Australia's most popular zoo?

Stay Connected
41,936FansLike
5,683FollowersFollow
820FollowersFollow
Previous article
Why Australia Is One Of The Safest Countries In The World To Visit
Next article
Top 10 Unusual But Popular Baby Names In Australia

4 Places To See If You Are Travelling Alone 2022