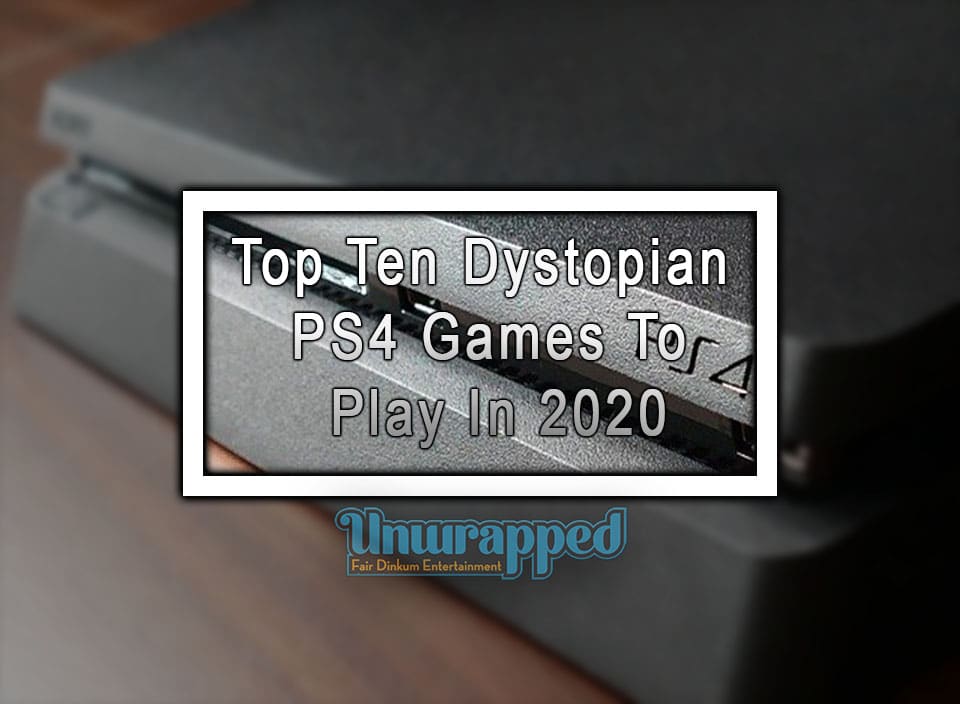 The calibre of our chosen top dystopian games for PS4 is beyond explanation. Just as these worlds are close to impossible to describe or liveable for a human being, you get to live in it for a couple of hours. Start working through these top PS4 games and experience narratives that gives you an intimate connection while playing our chosen dystopian games.

The Best Dystopian Games For Your PS4

Neurovoider contains roguelike and RPG elements in a dystopian future which is ruled by evil robots. A player enters the game as only a brain without a body which hijacks one of the evil robots in order to infiltrate the rest of the robot world unnoticed.
Permadeath mechanics apply in Neurovoider, which leads to a combination of funny and tragic moments throughout play. It is a highly engaging game with almost endless combinations which are procedurally generated.
It includes loot weapons and enemies to such an extent that it is highly unlikely that you would ever encounter the same loot, enemies or level layouts twice. The dystopian earth is completely overrun by partying robots while you as player is the only organic being that lives on the planet.
You will crash the robot party with rockets and bullets and enacting robot genocide. It is mayhem that does not slow down at any time and you will continuously encounter new misshapen robots.

Dystopia is practically defined by the horrors of the Nazis. Throughout history, many people have been speculating how it would have been if the Second World War was indeed won by Nazi Germany. In The New Order game, you don’t have to wonder any longer as they made this hypothetical Nazi Germany a horrific world where they are indeed the rulers. Aside from being the rulers of Europe, the Nazi’s also developed the most terrifying mechanical monstrosities. In addition, they also did gruesome experiments to create super soldiers and killer robot guard dogs. B.J. Blazkowicz is the protagonist whose mission it is to make them pay.

Human Revolution is Deux Ex’s prequel, and, in this game, which plays off in 2027, a player takes on the role of the security chief of Sarif Industries, Adam Jensen. He tries to unravel a global conspiracy post-human renaissance where economic, political and social effects are rife. In the game, mankind uses cybernetic human augmentation and it follows a post-human world. Aside from cyberpunk and post-humanism, the player also encounters conspiracy theories, mass media and human nature and a world where journalists change news as it suits them. Here you will encounter groups like the Bilderbergs and the Illuminati as well as augmented terrorists.

In Mankind Divided you continue where Human Revolution ended. It is twenty-three years after Adam Jensen’s unsuccessful attempt to save humanity. In Mankind Divided Jensen is part of a covert operation, the Juggernaut Collective as well as the private military company, Interpol. You will enter the game amidst a massive civil war over human augmentation’s ethics. Two organizations are against each other, Interpol who wants to destroy every and all augmented human and the augmented human organization. Keep in mind though that even though Adam Jensen is hell-bent on destroying augmented humans, he is one himself when he got reconstructed after he was shot in the previous Deus Ex game.

Purgatory is the name of the dystopian world where the game takes place. The entire world is involved in the post-apocalyptic world which draws its inspiration from games like Jagged Alliance, X-Com and Fallout. Purgatory is a place where parts of Hell and Heaven have merged with Earth.

Read More : 5 Best Call of Duty Games of All Time

Decades before the world suffered an ecological crisis or plague in which trees were spread everywhere. Even though the military was called in to fight this tree plague nothing helped. Trees grew literally everywhere in the streets, buildings and everywhere else and a cure was developed by scientists to prevent further spreading of the trees.
The trees, living trees, turned the cure against humanity with detrimental effect. Instead of killing trees, it became a lethal allergy targeting humans. Any infected human withered and died within a day much like the scientists planned for the trees to die.
A massive portion of the population around the world was eradicated. Only a few humans survived and struggle to survive in the empty, harsh world with no convenience or any electricity except menacing trees.

In this dystopian world, geological mayhem caused devastation to the entire planet. At the forefront of technological innovation, you have the Creo corporation that gives their employees augmented exoskeletons to give them superhuman abilities to work harder and even overcome disabilities.
Human augmentation is not all the Creo does, but also creating rockets which they shoot into space which would supposedly stabilize and heal the destroyed environment. Players will encounter new threats within the Creo facilities, critical information that is being withheld, secret projects and major political struggles within the corporation.

Set in a dystopian future the game plays of in 2021 in an alternate history United States. The recession caused cities to use private security firms and do away with police services. An ongoing Middle Eastern war caused the defence industry to merge with a robotics company, Grand Robotics.
The defence industry called Bartleby Automation decided against using Grand Robotics and the latter decides on a hostile takeover. The entire game takes place inside the head-quarters of Bartleby Automation and as a player you will be an office worker that is in the middle of the political unrest and hostile takeover.

In a world that is overrun by desolation and anarchy, a handful of people must try their best to survive. The Last of Us plays off in a world where a parasitic fungus that infected the brains of ants started adapting to the human population.
The majority of the human race becomes monsters which are called clickers. As a player, you will be taking the role of Joel who along with a young orphan girl need to fend off other desperate human survivors as well as the infected humans.
The orphan girl Ellie is immune to the infection even though she also gets bitten by one of the infected, survives. She plays a vital role in the survival of humanity as her blood is thought to carry a cure.

Buy Now : The Last of Us

You will be playing far into the future in the year 2048 in Berlin. You will be part of an incredibly grim future with humankind struggling with never-ending wars, governments forming their own regimes and shrinking resources. You will be playing a man who takes his family and leaves the physical world to live in a virtual utopia called City 5. Something goes wrong however during the data transfer to the virtual world and you will be left behind in a dystopian world.

Our top ten Dystopian PS4 games will give you hours of fun even though you will experience some of the most unimaginable alternate futures. Top developers with the best imaginations ranging from monsters to zombies to a non-human society, you will be glad that these are indeed only games and not your reality.

What is the most realistic PS4 game?

When it comes to photorealism, Red Dead Redemption II is one of the closest games you can get to real life. Every aspect seems to have an unprecedented level of detail, from the characters to the foliage to the, uh, unmentionables on the horses.