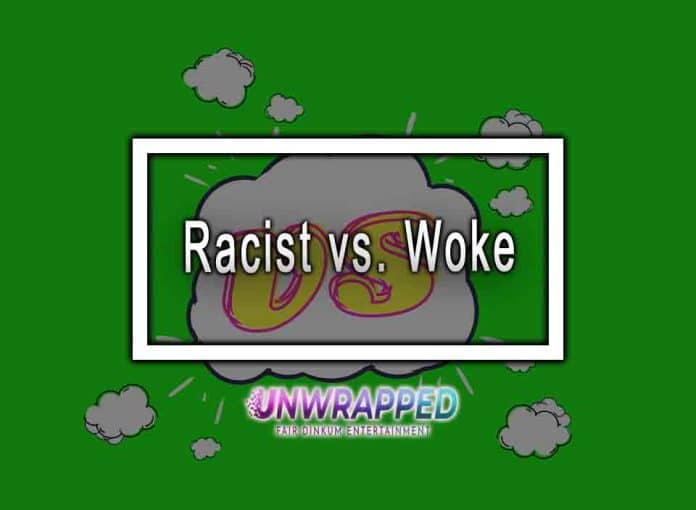 You see woke vs. racist comments just about everywhere nowadays. It forms a huge chunk of political and sociocultural debates in America and many European countries today.

There’s so much to unpack about these terms and how they shaped sociopolitical issues in the past and still do today.

Being woke simply means someone is aware of race-motivated discrimination and prejudices.

The word ‘woke’ has its origins among AAVE speakers and became popular in the 2010s. However, the term was first used widely in the 1930s and largely referred to being aware of sociopolitical issues plaguing African Americans.

Woke activism among Black Americans gained more prominence in the mid-2010s and during Black Lives Matter (BLM) protests. Rising popularity of this term during BLM protests mainly associated being woke with the Millennial generation and younger populations.

Terms like woke-washing and woke capitalism are commonly used to describe businesses that substitute reform for progressive messaging.

The most common action for woke people is to ‘cancel’ an entity based on their sociopolitical leanings. Hence, the term ‘canceled’ can loosely mean boycotting a service or brand due to their affiliations.

Not to Miss: Woke vs. Based: Which Is Good?

People who believe in the superiority of one race over the other are racist. Racism largely hinges on discrimination, prejudice, and antagonism directed at others because of their ethnicity.

Being Woke vs. Racist

Woke-ism largely stems from a long history of racial discrimination against minority populations. However, racism is largely driven by attitudes unequal opportunities for people due to their race.

While woke-ism might cause racism, being extremely racist is rarely linked with being woke. But adaptations over time have narrowed the gap between being a woke or racist individual.

As a matter of fact, a new term gaining popularity due to woke-driven racist tendencies has been coined. It’s called ‘woke racism’.

Apart from being woke or racist, a new subset of individuals are now classified as ‘woke racists’.

Woke racism is an extreme attempt at virtue signaling that may alienate non-minorities. Take Target’s badge feature directed at labelling Black-owned or founded products and brands on their website.

Even if Target’s attempts to support businesses owned or founded by Black people are admirable, it might set a dangerous precedent. Labelling brands as Black-owned or founded could send the wrong message to White shoppers and businesses.

Such actions targeted at supporting an economically-disadvantaged population might pass off as racist to others. White businesses might not welcome such actions and shoppers with Caucasian roots might boycott Target due to the feature.

Simply put, woke racism might lead to segregation of majority communities while trying to support minorities.