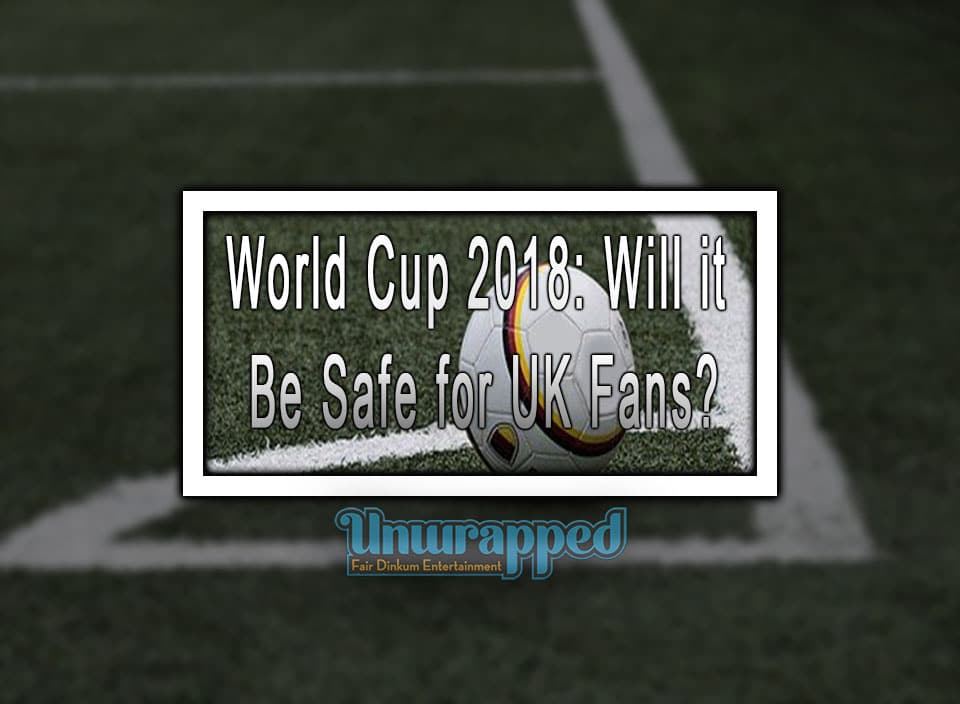 World Cup 2018 To be Hosted in Russia, Will it Be Safe for The UK Fans?

We don’t think so.

The English have had a long reputation for football hooliganism. And that reputation has extended all the way back into the 1960s.

An eye for an eye is what people call it.

And with the World Cup coming up, hooliganism will be present. It’ highly likely to be, since it’s an event that’s hosted only every 4 years.

Sources show that English fans have been threatened with hooliganism by Russian locals (1).

You see, England isn’t the only country in the world that practices hooliganism. Many football fans worldwide do so too. Especially Russia…

And that chance is available in the upcoming World Cup series.

Many national fans are going to show up, just to watch the events. And there will hundreds of thousands of attendees present.

So expect a lot of Hooliganism to happen. And expect some tight security measures to be in place.

Or at least, we think there’ll be some security…

Read More: The Quick Guide To The Culture And History Of Australian Cricket

Speaking of Security: How Will the Russian Government Respond to Hooliganism?

A lot of news sources are freaking out about Russia’s lack of security. Some claim that hooliganism might have ties to the Kremlin (2). Others claim that Neo-Nazis will join in the brawl (3).

Realistically, Russia has to prepare for the upcoming World Cup. Especially with its cold climate, there should be good utilities to serve the masses of fans.

But we think Russia is up to the job.

After all, if Russia could host the 2014 Sochi Olympics, then it should be able to handle the World Cup.

And the 2014 Olympics were quite tough to host. You had the LGBT community rallying heavily in Russia. And you had Islamist insurgencies threatening to disrupt the event.

Regardless, the Russian Government managed everything well. And security was top-notch.

So why wouldn’t we see the same levels of security at the next World Cup?

But Back to Hooliganism for a Second…

You know, football is a beautiful sport. And it has a lot of lovely elements to it.

Football isn’t just a game of scoring points. It’s a game of teamwork and tactics. And it’s also got an element of style and skill to it.

But the problems of football are always fan-based.

Hooliganism and violent bias ruin football. It’s the tribal mentality at its worst. It turns into an “us VS them” sport. And it loses out on its joy and fun.

Football is a sport watched by “proletariat” classes. It’s the past-time of many blue-collar workers and low-income homes…

And so the fan culture tends to be horrible. Bad mannerisms are quite common among football fans. As a result, you get a reputation for fan hooliganism, not seen in other sports.

Compare football with a sport like a tennis. How often do you see hooliganism in tennis?

Almost never. And it’s because the fan base tends to be a bit more… mild-mannered.

Also, there’s really no team affiliation in tennis. There’s no specific team that represents a nationality. And most players represent themselves in tennis tournaments, regardless of nationality.

You Can Still Enjoy Football… But Keep Away From Conflict Zones.

If you’re English, we don’t recommend you go to Russia during the World Cup. And if you still want to go, be on-guard and stay away from Russian fans…

Try as much as possible not to look English. If isolated leave, stick with groups of likeminded fans, worst case fakes a foreign accent if demanding to know if you are English.

Try to get seated away from gatherings of English fans. Look for a place where there isn’t crowdedness (good luck with that). And remember that situation awareness will do you well.

Also, don’t bring family along to Russia. Visit to watch the events, and keep your family home. This includes spouses, children, or elderly accompanying you.

But it’s best if you stay home. If you want to enjoy the excitement of the world cup, invite some friends over. Or visit a place that’s broadcasting your team’s matches.

The World Cup is exciting for all, whether watched in a stadium or out of the home.

Also See : How To Survive a Nuclear War Or an Alien Invasion? Part 2