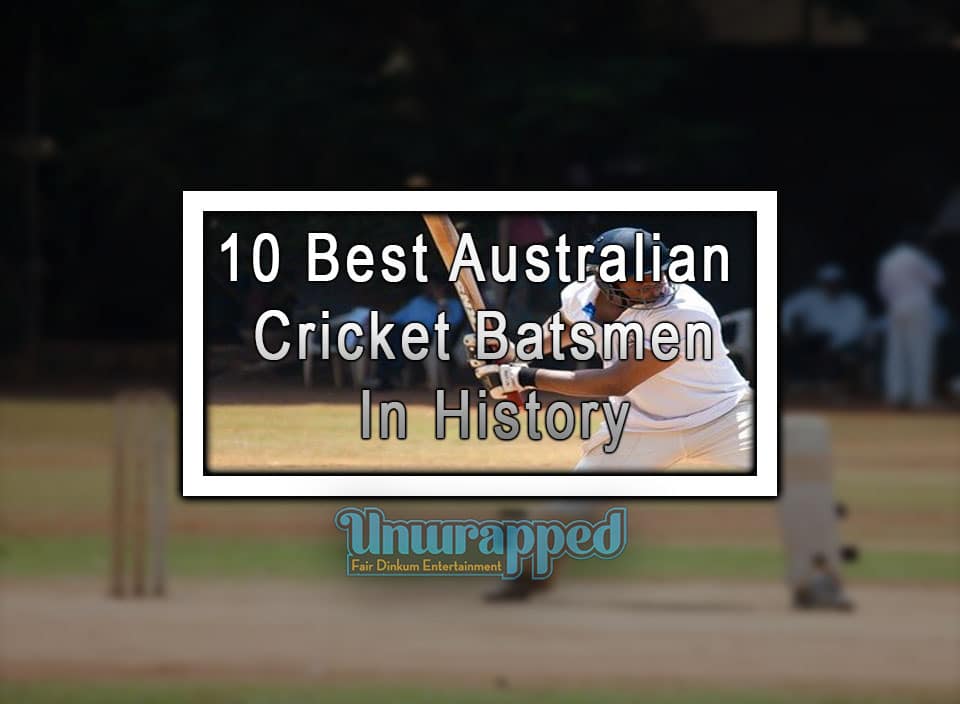 Around the world, Australia is known for its excellent cricketers and possibly the only team that always has an outstanding line-up of batsmen. Since the first cricket team emerged in Australia, it had the best batsmen which is one of the main reasons why the country continued to excel. Aside from the West Indies, there isn’t a country in the world that throughout its history always

The man that is referred to as a machine with the most impressive batting average in history is Donald Bradman. His average is close to 100 centuries at a rate of one in every three innings. While we concentrate on batsman it is worth mentioning that he still holds the record to run the highest number of runs in a day, 390 as well as the most runs in a series too where the average was 75, but in his case he did 974 runs.

Ricky Ponting is not only one of the best Australian batsman, but one of the best in the world. The former Australian cricket captain had a 17-year reign made across one-day Internationals and test matches. In one day internationals, he scored 1704 runs with an 80.39 strike rate and 42.03 average. Across the Test matches, the strike rate was 58.72 across 168 matches with an average of 51.85. He also scored 41 centuries in Tests with a massive run score of 13378.

In 1985 Steve Waugh made his Test cricket debut and played for 19 years until 2004. By the time that he retired the Australian team was the world’s best team again. He emerged as the best batsman in Australia at the time and a vital member of the World Cup 1987 winning team. When Australia won against England in 1999 the World Cup he was one of the leading batsmen and the team captain. In one day cricket, he scored only three centuries but he was in the lower order. He scored 10927 runs across 168 Tests with an average of 51.06 while also scoring 32 centuries.

Without a doubt is Greg Chappell one of the best batsmen during his 13 years of Aussie cricket. As an all-time great he started as Test batsman in 1970 in Perth while he finished at a high note in 1984 against Pakistan in Sydney. In 87 Tests he scored 7110 runs with a 53.86 average and 24 hundred. In one-day Internationals he aggregated 2331 runs across 74 matches with a 40.18 average and three centuries.

Allan border is one of the greatest Australia batsmen of his time that played for 14 years and amassed 11174 runs across 156 Test matches. This was Australia’s highest score for many years and during his Test cricket career scored twenty-seven 100s. He made 6525 runs in 273 one-day Internationals and in 1987 led Australia to the World Cup triumph.

Michael Clarke is Australia’s fourth-highest run-scorer. He retired in 2015 as the Australian captain after making his debut in 2004 in Bangalore against India. During his debut match he scored his first century and followed it up with 27 more over the next ten years. He scored 7981 runs in one-day Internationals even though he didn’t play many and in that time he scored 58 half-centuries and eight centuries. He was at the helm in the World Cup 2015 to lead the country to its fifth victory.

Michael Hussey only entered the international cricket arena when he was 29 but quickly rose to one of the leading batsmen in the world. This left-handed batsman played for eight years in 79 Tests with 6345 runs with a 51.52 average. He scored 29 half-centuries and 19 centuries in Test cricket. He scored 5442 runs across 185 one-day internationals and a 48.15 average.

Justin Langer started his cricket career in 1993 and only after he moved to the opening batsman slot, he became his generation’s top Aussie batsman. He played 105 Test matches to run 7696 runs and a 45.27 average. He scored 50 half-centuries and 23 centuries over the course of his career.

In 2010 Steve Smith entered as a leg-spinner in the Australian cricket team and at this stage, he is the world’s best Test batsman. To date, he has scored 5511 runs and 57 tests with an average of 61.23. in his career to date, he has scored 21 centuries with many more in store in the upcoming years.

While we didn’t forget any other excellent batsmen including the awe-inspiring Adam Gilchrist, we find that our top 10 best Australian Cricket Batsmen in history thus far is what you and other Aussies would agree with.

Who is No 1 batsman in Australia?

1 in batting rankings to complete meteoric rise. Australian star Marnus Labuschagne is officially the number one Test batsman in the world. Just three years on from making his debut, Labuschagne has surpassed England skipper Joe Root at the top of the ICC’s latest men’s Test batting rankings.

Also See : Top 10 Side Hustles To Consider in Australia in 2020 to make Extra Money