Skip to content
You are here:Home / “The Goddess Chronicle” and Other 7 Best Japanese Novels In Dystopian Genre 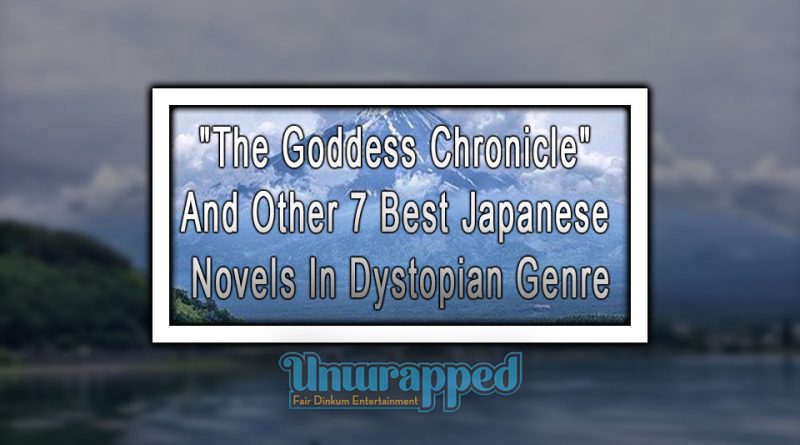 Best-Selling Japanese Dystopian Books For You To Read

As dystopian literature is on the rise and increasingly becoming more popular across the globe, it has also become diverse and remarkably imaginative and intellectually stimulating and provocative.

By saying so, I came out with a new list of dystopian novels that allowed me to delve into the literary world of Japanese creative writing that depicts dystopia or elements of dystopia.

Perhaps, the most successful and internationally highly recognized Japanese dystopian novel ever written is “Battle Royale” of Koushun Takami.

Translated by Yuji Oniki and first released in April of 1999, this novel is the epitome of what a world of dystopia is all about. Due to the grueling and mind-blowing plot of the story, it caught a lot of people’s attention, including blockbuster film and manga series adaptations.

It narrates about how junior high school students get abducted and sent to a remote deserted island to fight for their survival under a speculative fictional militaristic authoritarian new republic government of Japan.

2. The Stories of Ibis

Next on my list is “The Stories of Ibis” by Hiroshi Yamamoto, which tells about a world massively reign by androids and humans become a minority.

It starts with the wandering storyteller meeting Ibis. With his notion that all androids are an immense threat to mankind, he attacks Ibis to survive. The robot, on the other hand, tells him that she is way more competent in combat.

The storyteller gets injured while fighting against the robot Ibis. Upon seeing his injury, Ibis brings him to the hospital of androids to treat him. While recuperating, Ibis tells him seven stories. At first, he was cynical, but eventually, he agrees to hear the stories after she assures him that the stories are not illicit or taboo.

Initially published in 2006 and translated to English by Takami Nieda, the stories circle on the events evolving the development of “Artificial Intelligence (AI),” which don’t make any sense for the storyteller, leaving readers with different philosophies or ideas.

Written in 1937, this classic masterpiece from the brilliant mind of Juza Unno intrigued many readers today since J.D. Wisgo’s English translation publication in 2018.

Known as the father of Japanese sci-fi novels, Unno brilliantly crafted “Eighteen O’clock Music Bath,” which is one of his highly notable and well-celebrated literary works. This Japanese dystopian novel backdrops a futuristic, seemingly utopian world where mankind receives immortality.

Along with everlasting life, men also have the freedom to do everything and anything they like to do. However, the government strictly imposes that every hour, every day, they’re going to the “music bath” task.

This activity that requires extreme or superhuman productivity comes with adverse effects, which may not be preferable or favourable for them. The novel is a thrill ride between science fiction, political intrigue, and interplanetary war with a distinctive manner of gender-bending themes.

The novel that inspired the box-office hit film of Tom Cruise and Emily Blunt, “Edge of Tomorrow,” is “All You Need Is Kill” by Hiroshi Sakurazaka.

Published in 2004 and translated in English by Alexander O. Smith, the story focuses on the raw recruit that begins with him wearing a battle gear and getting sent out to kill the extraterrestrials, but ended up dying.

However, he finds himself reborn every day with the same scenes as the first. Upon realising that he’s in a sort of a time loop, he trains to do well on the battlefield, improving his fighting skills in the process.

As the plot progresses, he notices that he has the same fate as the female soldier. Together, they fight against the alien race and find out how to stop the loop.

This ten-book Japanese dystopian book series is another good grab. The “Legend of the Galactic Heroes (LOTGH) Vol 1” by Yoshiki Tanaka and translated by Daniel Huddleston, Tyran Grillo, and Matt Treyvaud is one exhilarating ride of suspense science fiction plot.

Published in English in 2016, the setting of the story takes place in a distant future where two intergalactic states get involved in perpetuating war.

One of the two planetary states is the democratic world of “Free Planets Alliance,” led by the humble leader Yan Wen-li, who only wants to keep the democracy in the land. The monarchy government of the “Galactic Empire” is the second one in the interstellar nations, which is under the autocratic ruling of Reinhard von Lohengramm.

Dubbed as “The Golden Brat,” Reinhard is an ambitious military leader whose mission isn’t just to protect his Empire but as well as to overthrow or destroy the old order and become the dictator of the state.

Yōko Ogawa’s 1994 Japanese dystopian novel entitled “The Memory Police” is up for taking as one of the most enthralling good reads.

Translated by Stephen Snyder and published in the English language in 2019, this book comes with a resemblance in setting to that of George Orwell’s classic masterpiece “Nineteen Eighty-Four (1984).”

The plot tracks a novelist on an unfamiliar, unknown island, which is under the autocratic “The Memory Police.” Hence, the title. People on the island are mysteriously collectively forgetting things and losing fondness on objects and connections to ideas due to an unidentified force.

“The Memory Police,” removes any person from the island who continues to remember things and other people like the novelist’s mother, while consequently, tracking down other citizens who still have the memory.

The story continues with the author hiding her editor from the Memory Police. She receives help from the old woman, who will later help her and the editor retrieve the lost items.

From the internationally best-selling author Natsuo Kirino, who is notable for her creative writing in speculative fiction crime-related stories, comes another masterpiece under her belt.

“The Goddess Chronicle” integrates multiple sub-themes and sub-genres within its beguiling and thought-provoking storyline. Published in 2013 and translated by Rebecca Copeland turned heads as readers and critics follow the lives and journeys of two sisters, namely Kamikuu and Namima, in a treacherous world of family secrets and broken loyalties.

Kamikuu and Namima came from a family of seers or oracles, who bought possessed distinct characteristics from one another. The setting takes place on a teardrop-shaped mystical island.

Widely admired for her goddess beauty is how Kirino describes Kamikuu, while Namima is small yet headstrong, who learns to live her life under the shadow of her sister.

As the narrative’s progress, Kamikuu becomes the chosen one to serve the realm of light, as hailed as the next Oracle, while Namima, left with no choice, serves the dark world. From there, the plot continues with the latter’s search for revenge and closure.

8. The Last Children Of Tokyo (The Emissary)

Refuted by a couple of critics that it’s not a dystopian book, despite a few readers who view Yoko Tawada’s novel as such, “The Last Children of Tokyo,” written and interpreted in English as “The Emissary,” as translated by Margaret Mitsutani is worth to read literary writing.

Written with a flair of fun in a dystopian society of Japan after an enormous man-made global disaster occurred, Tawada’s novel narrates a story about the children who grew up to be weakly.

While the elderlies are always on the go, the children become weak and hair turning to gray, but describe by Tawada as wise and compassionate. Within the bittersweet story of “The Last Children of Tokyo” is the undying love of a grandfather to his beloved fragile grandson, who might not grow old in time.

In closing, “Battle Royale” and “All You Need Is Kill” novels give us that edge-of-the-seat feeling, as you read through each narrative of how gruesome and grueling the tasks they have to take to survive. While “The Stories of Ibis” and “Eighteen O’clock Music Bath” offer us a roller-coaster ride to a futuristic sci-fi world with each different fight to win.

“Legend of the Galactic Heroes (LOTGH) Vol 1: Dawn” shows us a world in a dystopia with two interstellar states endlessly fighting against each other due to the fear of getting conquered by one another.

“The Memory Police,” “The Goddess Chronicle,” and “The Last Children of Tokyo or “The Emissary” offer us the essence and conflicts of relationships and the love of a family. How will one do anything to protect what they have? 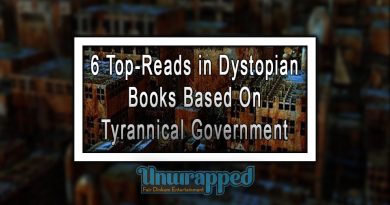 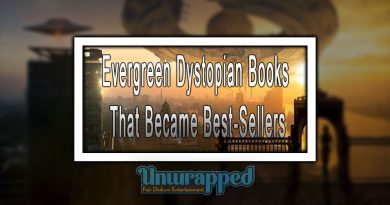 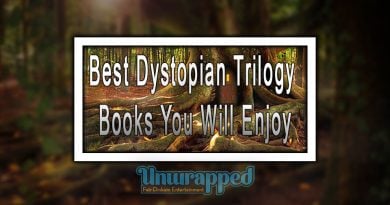