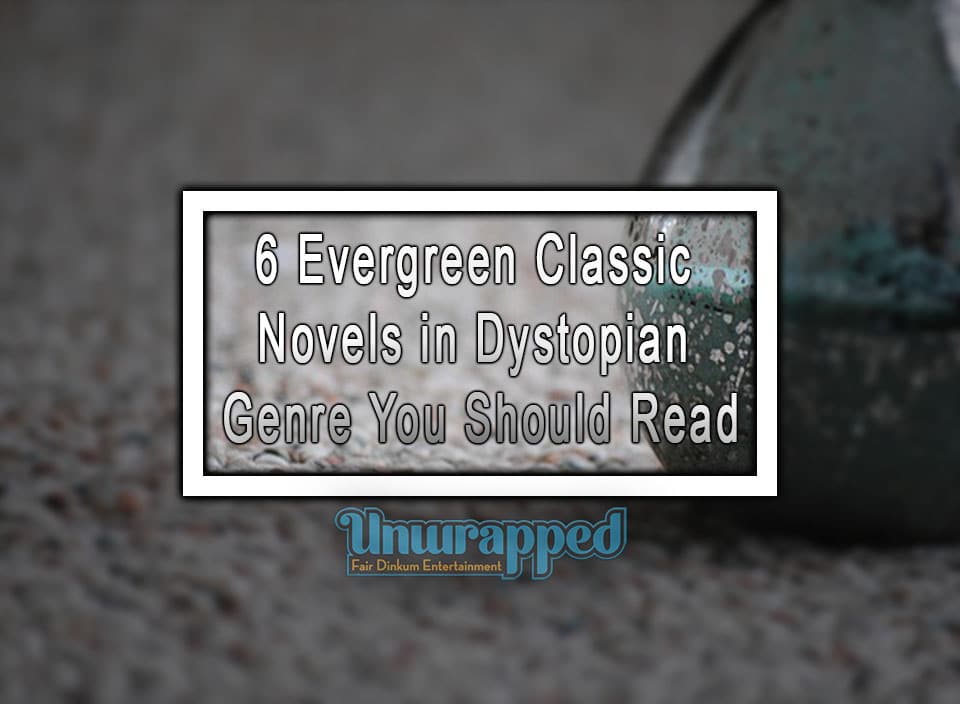 Here are some classic dystopian novels that you should read. These tales have stood the test of time and can still captivate audiences despite being decades old yet, at the peak of their popularity, are considered to be years ahead of their time.

Best Dystopian Books of All Time

From the dark mind of Stephen King comes a novel that tells the story of a virus that decimated the United States. Only a handful of survivors have survived, and they are being pulled by unknown forces for a final encounter.

To the East lies the Free Zone, led by an old woman and a committee of different backgrounds and origins. To the West, however, lies Randall Flagg0 the dark man. What powers he has and where his intentions lie are known only to him, but the fate of what’s left of humanity hangs in the balance.

A long yet captivating epic that reflects not only the fight between good and evil but the dangers of government and bureaucracy as well, The Stand has remained to be one of King’s most popular novels of all time.

2. Do Androids Dream of Electric Sheep?

Also known as Blade Runner due to the film based off the book, this story by Phillip K. Dick tells the story of Deckard, a bounty hunter tasked with killing androids who have escaped to Earth from off-world colonies.

The book not only provides an in-depth look at ethical issues regarding destroying robots that are almost indistinguishable to humans, but it also lets us reflect on concepts such as religion and environmentalism. All of this, and more, is wrapped up in a sci-fi crime noir in a dystopian future that may not be too far away nor far from the reality that we may face.

Is murder justified in order to reach personal goals? What defines life? Perhaps more importantly, do we deserve it at all? You may find yourself asking these questions once you read this much-beloved classic.

3. Lord of the Flies

Lord of the Flies by Nobel Prize-winning author William Golding. The novel follows a group of boys that got stranded in an island. With no adults present, they must organize and await rescue before they turn on each other in the ultimate test of survival.

Lord of the Flies is an allegory to civilization and how society, under desperate circumstances, can break down. Social cliques and power struggles will arise despite the best meaning rules and intentions. The novel reflects issues such as morality and how innocence can be slowly stripped day by day.

Will the children survive the dangers of isolation and nature, or are they themselves the ones that they should be cautious of? Will the survivors band together towards a common goal, or will they tear each other apart? A social commentary that is applicable until now, Lord of the Flies remains one of the best pieces of dystopian writing up to this day.

Clearly written as a satire of Communism during the time, this 1945 classic by George Orwell tells the story of animals who have taken over a farm and how they ruled themselves. Pigs became the leader of the farm, but this resulted in a power struggle that caused rebellion, executions, and conflict within the initially peaceful community.

Animal Farm contains a representation of politicism, revisionism, and propaganda. The novel clearly shows how, despite signs of progress, the road will be paid with hardship, treachery, and self-preservation. The story tells the audience how power can easily twist any good intentions that a leader may have.

A very controversial book since it was published, Animal Farm has been censored and banned in many schools. This clearly demonstrates how much a book can have an impact on society, and that’s what makes Animal Farm such an interesting and engaging read.

This sci-fi classic by H.G. Wells is over a century old, but it has withstood the test of time and its insights hold true even until today. The Time Machine tells the story of a scientist that was able to travel through time, and it is from this journey that the adventure unfolds.

Hurled 800,000 years into the future, the explorer meets two races, the Eloi and the Morlocks. Upon discovery that his time machine was stolen, he was able to discover not only the truth about the true races but also that the nature of man has not changed even far into the future.

The Time Machine is one of the first novels to let the audience capture a glimpse of the future, and it perfectly reflects the nature of society and civilization which can be translated into issues that we currently face.

Fahrenheit 451 is written by one of the most prolific authors of the 20th century, Ray Bradbury. The novel follows Guy Montag, a fireman tasked with burning banned books, as well as the houses that contain them. Slowly, the protagonist realizes the error of his ways and vows to protect the objects that his duty is to destroy.

The story delves deeply into concepts of censorship and authoritarian rule, and its controversial content caused it to be banned and, ironically, burned as well. Bradbury saw the book as a reflection of mindless entertainment due to the proliferation of television and radio during his time.

Fahrenheit 451 is a prediction of what might happen if information and knowledge, no matter how controversial in the eyes of a select few, is suppressed. The book also shows that oppression will lead to dissatisfaction and, eventually, rebellion and revolt.