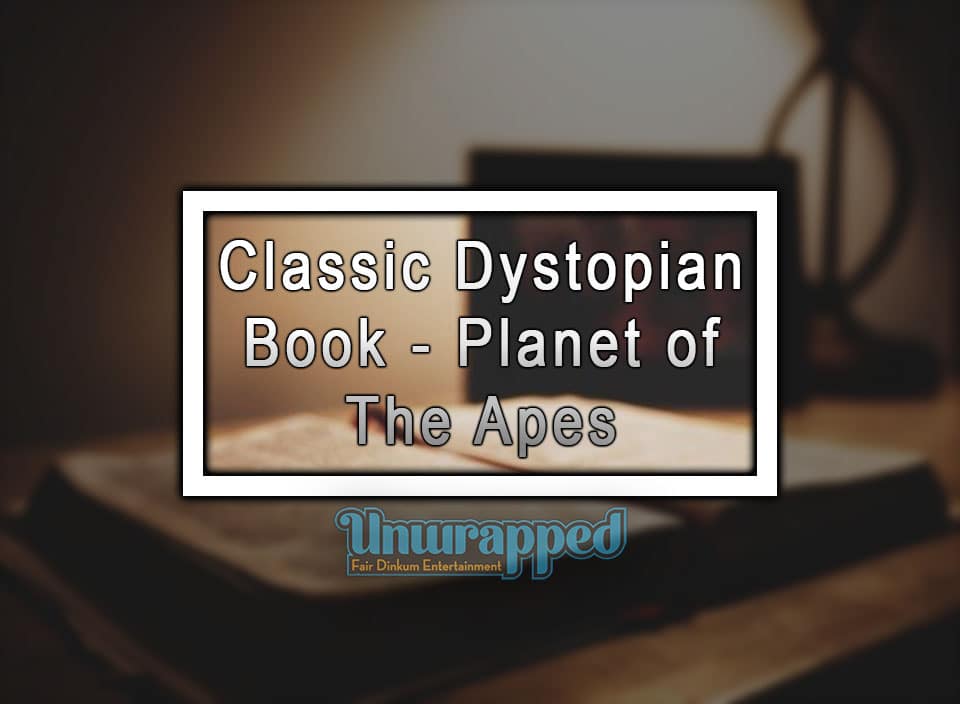 Unless you have been living under a rock, you must have heard or at least seen the various Planet of the Apes movies that are progressively cheesier and today a major franchise. The first movie was produced in 1968 and there have been a number of movies since then.
Few people realize that there is an original Planet of the Apes novel which is one of the greatest classic dystopian novels were ever written. It was written by the author of The Bridge over the River Kwai, the French author, Pierre Boulle.
The dystopian novel which was published in 1963 is in various ways different from the spinoffs. It is parallel to human nature and rich in detail. The book’s apes are living in cities, drive automobiles and wear human-styled clothing. The humans in Boulle’s book are uncivilized, essentially wild animals without clothing.

Planet of The Apes – Intelligence

The hero in Planet of the Apes is a French journalist who is posing a problem for his captors, which are the apes since any intelligent human that is capable of advanced thought and capable of speech does not exist.
The story follows the journey of three men that from their viewpoint takes two years while in fact, centuries passed on earth. They travelled to space and land on the planet Betelgeuse which is a lush forest with breathable air. They were swimming naked one day when they encountered the first signs of life, another human, a naked woman that is horrified when she realizes that the clothes that they discarded were worn by the humans and since they had a pet chimpanzee with them, she is violent towards the animal and strangles it.
The woman whom the journalist Ulysse Merou named Nova, brought her equally naked tribe to see the three newcomers. Her tribe destroys their shuttle and clothing. The three men struggled to understand these human and didn’t get far before they were under attack by gorilla hunters. One of the journalist’s friends and various members of Nova’s tribe are either killed or captured.

Apex Predators – Planet of The Apes

The gorilla hunters are not the animals we know on earth, they wear modern clothing and instead of shoes, they wear gloves on their prehensile feet. They attack with firearms, smoke tobacco, drink through straws, photograph hunting trophies and are utterly civilized.
While humans in their world are mindless animals the apes are divided into three types; liberal chimpanzee intellectuals, politically and pedantic orangutan administrators and aggressive gorilla soldiers.
A chimpanzee researcher takes an interest in the intellect that Ulysse shows and with the help of her fiancé, Cornelius he manages to deliver a speech to the Apes, and he is set free and allowed to mate with Nova.
When they had a son, he surprised everyone by being able to talk and walk at only three months old. Just as humans send apes to outer space, the apes do the same to humans to test the liveability of other planets.
This is how the three, Ulysse, Nova and their son manages to escape by sneaking onto a space flight experiment. Ulysse manages to fly back to earth by reprogramming the route and when flying over the Eiffel Tower and Orly Airport in Paris everything looked the same.
However, when they land, the field officer that met the ship at the airport, driving his Jeep, is a gorilla.

What is rather chilling is the way that the author of one of the most classic dystopian books, Planet of the Apes, aims at questioning the qualities that humans possess to allow us to dominate Earth and all other species. What is rather disturbing is the fact that he plays with the possibility that one day we might have to sacrifice that dominance and be submissive to another species other than humans.

Buy Now : Planet of The Apes

Fan Of “The Handmaid’s Tail”? Then These Dystopian Books are for...