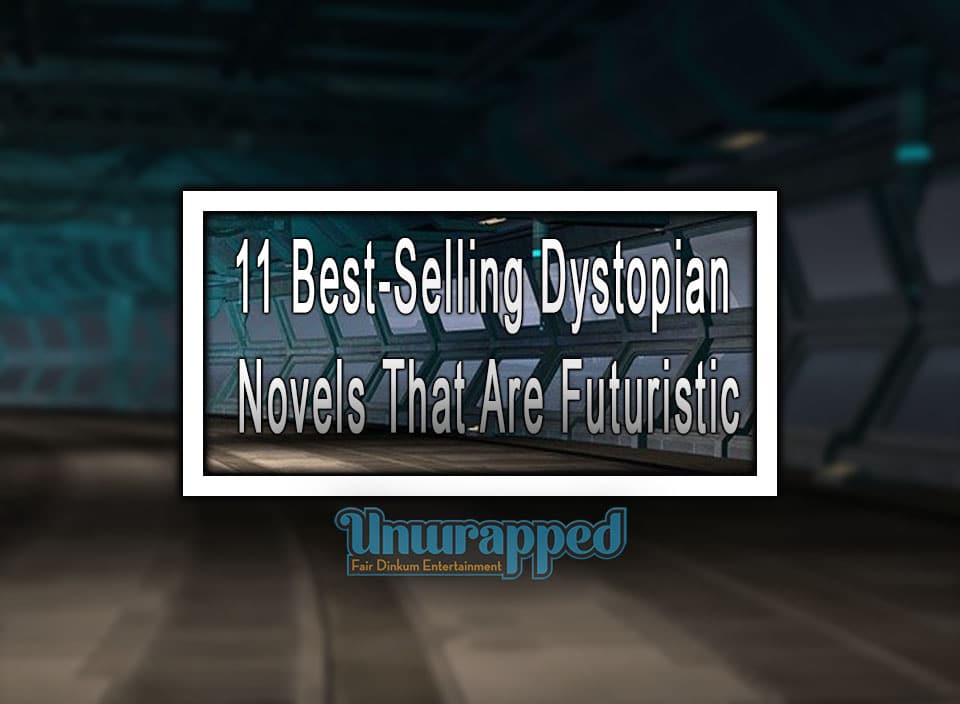 Within the dystopian literature is a wide-ranging literary genre that comes within every storyline of every author’s narrative. Earlier, we’ve tackled dystopian sci-fi books, and today, we’re going to look into another category of this creative writing.

That said, I’ve listed down a few of the futuristic dystopian books, which are widely read and have been earning global public attention due to its innovatively groundbreaking and striking peculiarities, giving readers spellbinding and out of this world plots.

One of the remarkable novels ever created by the award-winning author Stephen King is “The Stand,” which goes around the massive spread of a deadly virus or plague that annihilated or eradicated almost all of the earth’s population.

The novel details the apocalyptic or doomsday of the futuristic world, and true to his name, as the “King of Horror,” King gives his enthralled readers a worth-to-read frightening storyline of how the world ends due to a bioweapon or biological warfare.

From there, the master storyteller showcases how the remaining survivors behave as they try to create a new social system that will lead them for numerous confrontations against each other.

Next to my list is an Orson Scott Card’s literary work that crosses dystopian-science fiction-futuristic-militarian society, the “Ender’s Game,” which backdrops a future setting of a distressed world due to mankind’s combats with insect-like alien species called “Formics.”

Hence, children go on training to fight the third invasion of these creatures, which they dubbed as the “buggers.” The story progresses with explorations to the interstellar voyages and alien civilizations.

Thus, Card’s classic novel receives high praise from both the readers and critics. Moreover, it also received several recognitions with various adaptations, including a blockbuster film.

This first book of the five-novel series “Red Rising Saga” takes place on the futuristic planet of Mars, which chronicles the life of humble miner Darrow, who will get recruited to penetrate the elite Golds’ ranks.

In 2017, a prequel of the saga came about and got published. The comic book series with consists of six issues, “Red Rising: Sons of Ares,” details the origins of the rebel group mentioned in Pierce Brown’s saga.

Highly acclaimed English novelist, known for his remarkable literary works, George Orwell, will not be a well-celebrated dystopian author for anything. He proved his creative genius with his award-winning classics that have beguiled everyone through the years.

Among his many masterpieces is the notably famous 1949 novel, “Nineteen Eighty-Four,” which is most often printed as “1984” by various publishing and printing companies. This award-winning classic novel of Orwell is his ninth and last during his lifetime.

Orwell focuses on the consequences or results of immense totalitarianism where everything and everyone is under the strict control of the regime. Suppression of freedom reigns as comprehensive mass surveillance takes place in an imaginative, futuristic world in the year 1984.

Debuted at number three in the dystopian fiction best-selling list of the “New York Times,” as published in 2010, is Justin Cronin’s novel entitled “The Passage.” This first book of the Cronin’s completed trilogy is among the notable authors who share their literary gifts in creating marvellous futuristic dystopian books.

In the apocalyptic and post-apocalyptic future setting, the story chronicles a world ravaged by seemingly vampire or zombie-like beings after the majority of the human race got infected by a highly infectious or contagious virus.

The story unravels the truth of what started as a project that will develop a new drug that can boost the immune system, bore by unidentified bat species, ends up the world’s civilizations.

Joining in my list of futuristic dystopian books is a David Mitchell novel entitled “Cloud Atlas.” It is Mitchell’s third book, which storyline comprises of six interlinked and interrelated stories in a futuristic post-apocalyptic world.

A “Book of the Year” awardee, this novel of Mitchell narrates a story where each of the six nested stories jumps to a new plot or action abruptly, bringing you from one century to century farther.  Mitchell’s creative writing tells how each character of six sub-stories in one story intertwine or connects from one another.

“Cloud Atlas” depicts how the souls of the characters of his story float or wander across time like the clouds in the sky.

From the word of its namesake, this Aldous Huxley classic is a brave novel made available on prints in 1932, which broadly set in a futuristic society named “World State.”

In this world, the government is basing the social status of the citizens, according to a hierarchy or ranking, which grounds to each respective intelligence under the environmentally engineered procedure.

Huxley’s anticipates a world run by scientific advancements in different fields and areas, such as classical conditioning or learning through association and psychological manipulation, among many others.

The scientific futurism of the novel caught people’s attention, including the critics, readers, and literary historians due to what seemingly looks like a utopian setting but underlies a dark, bad place.

Yevgeny Zamyatin’s novel, ‘We,” is a Russian book first came out on prints in the English language, translated by Gregory Zilboorg. It backdrops in the future dystopian post-apocalyptic future in the “One State,” which is a spacecraft engineer referred to as “D-503.”

In the futuristic urban nation with a Panopticon-like government structure comes an almost entirely glass constructed society, controlled by the totalitarian administration under mass surveillance.

The citizens march accordingly with each other. Each person comes with a number instead of a name with a society run rigorously by logical reasons as their main justification for their laws or government rules.

The story brings us to a society completely controlled by the world of advertising and corporate manipulations, which corresponds to the massive popularity of interlinking brain implants.

It portrays a community where the majority of the citizens are under the control of what they call “feednet.” The government implants the “feed” device, connected to a huge mainframe computer network, into the brains of about seventy-three percent of the civilization, as part of their quest to manipulate and control their people.

Rand’s concentrates on a society where businesses are suffering due to the increasing troublesome regulations and laws laid out by the current government.

It portrays existence to capitalism and individualism as well as expressing the cause of reasons and relating to plenty of philosophical themes, which consequently develops “Objectivism” from which the author is famous.

11. The Diamond Age: Or, A Young Lady’s Illustrated Primer

Coming from one of my top 100 dystopian books is a literary work by Neal Stephenson entitled “The Diamond Age: Or, A Young Lady’s Illustrated Primer,” which is a post-cyberpunk plot that outlines an anti-utopian world with a hint of science fiction and coming-of-age story.

In a futuristic dystopian world where nanotechnology controls the society, Nellodee or Nell, a daughter of a lower-class mother, becomes the leader of a new community as she turns into a full-blown independent woman.

Due to its intricate, mind-boggling, and startling storyline, it earned a prestigious “Hugo” award in 1996 after getting published in 1995. Aside from that, it also received other numerous recognitions from different organizations and award-giving bodies.

Other notably popular futuristic dystopian books that you can also read, include a collection of book series, such as “The Hunger Games Trilogy” by Suzanne Collins, “Divergent Trilogy” by Veronica Roth, “The Maze Runner Series” by James Dashner, “Delirium Trilogy” Lauren Oliver, “Legend, The Series” by Marie Lu,” and the “Unwind Series” by Neal Shusterman. Conclusively, there is a large library of dystopian literature that touches a futuristic backdrop or setting worth reading.

Also See: 5 Most Probable Ways The World Could End Soon