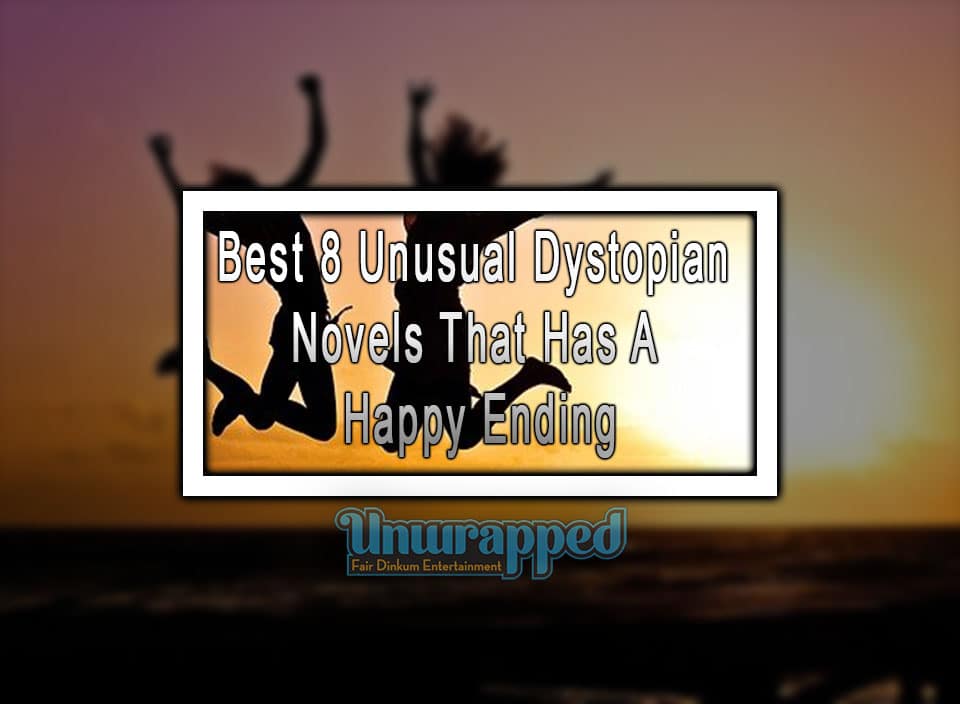 Top Selling Novels In Dystopian Genre to Have a Positive Ending

Dystopian fiction is a genre that has gained a massive readership over the past decade. Thanks to authors like Margaret Atwood, Suzanne Collins, Kazuo Ishiguro, among many others. The genre often attempts to capture a glimpse of the future; challenging readers’ beliefs and points-of-views. While most dystopian novels end in demise, chaos, and destruction, some novels offer readers happy endings.

Here are some titles that may satisfy your dystopian happy ending desires.

“The Long Walk” is another one of Stephen King’s bestselling novels under his pseudonym Richard Bachman. It revolves around a future dystopian American society and an annual walking contest.

It details a military dictatorship society that forces one hundred young teenage boys to participate in “The Walk”, a contest that only ends with ninety-nine other boys dying from mental degradation and physical breakdown.

This gripping masterpiece keeps readers on the edge of their seats up to the very last pages. King’s first-ever novel written combines all the elements that solidify his name in the Dystopian literature.

In a much different world, Guy Montag, a fireman, begins to rethink his existence in this compelling book by Ray Bradbury. Guy lives in a world of extreme censorship and unquenchable power of the government.

This literary classic from Bradbury paints a world where books are burned and a false delusion of happiness clouds its citizens. The truths unveiled in this story are horrific but succeeds to call for action.

These two hundred fifty-six pages of pure dystopia written way back in 1953 are certainly ahead of its time. It’s prophetic, compelling, and never fails to keep readers engaged.

In a world where 99% of the population has been wiped out, human civilisation must cope effectively. The book begins with an acclaimed actor collapsing in the middle of a theatre play, succumbing to Georgia Flu – what would be the end of mankind.

This timely novel from Emily St. John Mandel details a global calamity and how humanity struggles to preserve what is most important.

Station Eleven is a haunting literary piece that unfolds with perfect timing – just enough to keep readers flipping the pages, leaving them with a contemplative mindset.

Delirium poses a dystopian world wherein love is considered a disease. In this alternate reality, the world is so disparate to the point where love is even considered delirium and curable by a vaccine.

Building on a one-of-a-kind idea, Oliver successfully manages to incorporate romantic themes in a futuristic dystopian society. It builds momentum and never fails to sustain it throughout the novel.

This young adult novel captivates readers from the very beginning, leaving them with their fancy imaginations up to the last page. Delirium is the first of the trilogy from author Lauren Oliver.

All The Birds In The Sky

Published in 2016, the novel deals with a witch and a brilliant inventor and their journey to saving the world from itself. Although it initially comes off as a traditional young adult novel, it effectively combines wormholes, magic spells, superstorms, and politics into one fun experience.

All The Birds In The Sky isn’t without its flaws but victoriously breaks and bends genres to create a unique world for its readers. Its two main characters flourish in this three hundred thirteen-page read.

This novel by Justin Cronin deals with the apocalyptic and post-apocalyptic transition of an alternate United States. Recovering from a dangerously contagious virus that turned millions of people into a hybrid of zombie and vampire, human civilisation is at its most vulnerable.

The Passage centers on Brad Wolgast, an FBI agent, and Amy, a six-year-old refugee, and their years-long journey to escaping a horrifying new world.

This timely novel by Cronin creates multi-dimensional and characters with depth. On top of his natural flair for apocalyptic horror, The Passage is overall an exciting and unique read.

Battle Royale conceives a complex and twisted story of a fascist government of Japan that forces young high school students into a survival of the fittest battle against each other.

Unpredictable and violent, this novel gives readers a delightful page-turning experience. This Japanese pulp classic creates paranoia about a totalitarian government and an utterly horrifying blood thirst by its people.

This controversial masterpiece from Koushun Takami picks up on customary dystopian themes but triumphantly makes it his own. Dubbed as the Lord of the Flies of the 2000s, Battle Royale is a profound, poignant story of violence, thriller, and satire.

For the Latest Price:

In an alternate 1959 in the United States, a nuclear war annihilates civilisations and sets off a catastrophe for humanity. It revolves around Randy Bragg and the struggle of the spared town in Florida to face the obscurity that is ahead.

A compelling take on war and world superpowers, Alas, Babylon is an overall powerful read.

Although dystopian fiction novels with happy endings are quite unheard of, it is not impossible to come by one that matches your taste. Whether you’re in the hunt for titles that pose an alternate reality or ones that provoke strong thoughts and emotions, the genre of dystopian fiction certainly delivers. With the genre being so diverse, you will surely find one that conveys the ending you desire.

Is Divergent a dystopian novel?

Divergent is set in a dystopian Chicago after “The War.” To protect themselves and ensure peace, the citizens have essentially walled themselves into the city and split into five groups, each of which has a set job based on personality. Directed by Neil Burger