Skip to content
You are here:Home / 14 Dystopian TV Shows That You Shouldn’t Miss 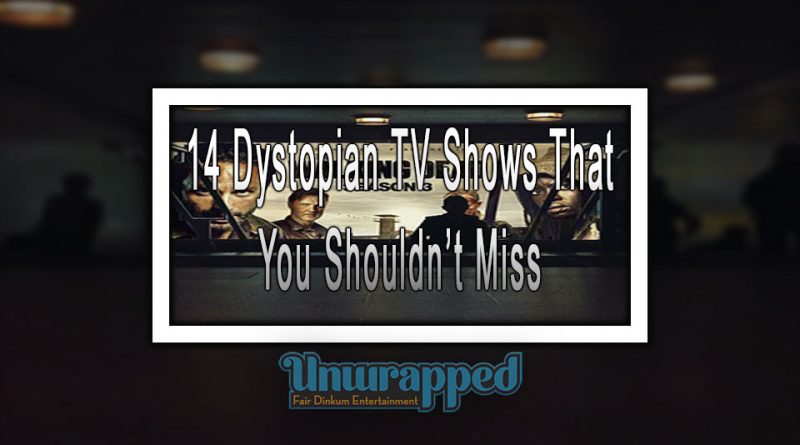 Dystopian novels are always one of the most suited or befitting plots for television shows and films due to the diversified themes and elements brought by various emotions, such as excitement, happiness, humour, joy, sadness, and horror.

Girding in a collaborative mesh and integration of many and various topics or subjects that are perfect ingredients for a blockbuster film and a top-rating TV show make stories of dystopia a more impactful outline for entertainment audiences, such as moviegoers and TV viewers.

That’s the reason exactly why we’ve seen a substantially significant number of dystopian storylines adapted on the big and small screens.

Dystopian books that made to the theatres or cinemas include “Harry Potter,” “Hunger Games,” “Lord of the Rings,” “Twilight,” and “Divergent,” to name a few. These novels didn’t only make it to the silver screen, but they’re all successful in bringing huge bucks.

With that said, let me give you my top 14 exciting best dystopian TV shows that you need to watch. These are the television series or programs that brought me to the edge of my seat and chills down to my spine. Well, not to mention the sweet spice of romance, mystery, and cute scenes.

Inarguably, “The Walking Dead” is one of the most successful, top-rating, and long-time running shows on TV, proven from its initial premiere on October 31, 2010.

Up to this day, it’s still continuously airing with its tenth season and 147th episode. Receiving numerous recognitions and honours, this Robert Kirkman-inspired comic book under the same name, seemingly started the zombie apocalypse trend.

You can watch all 146 episodes through “Netflix,” “fuboTV,” and “AMC premiere.” For a minimum subscription or rental fee, you can also get it through other various platforms, such as “Prime Video,” “iTunes,” and “Google Play.”

It started by following the life of police officer Rick Grimes, who woke up from the state of coma after getting shot. As he awakens, he unravels the dystopian world of zombie apocalypse ravaging the entire community, resulting in joining fellow survivors and eventually leading the group.

Premiered on April 26, 2017, and based on the classic hit dystopian novel by the highly acclaimed author Margaret Atwood, “The Handmaid’s Tale” is one of the most daring, fierce, and intriguing dystopian TV shows today.

Created by Bruce Miller for its TV adaptation, this eight-time Emmy-award-winning “Hulu” program, focuses on the life of the lead character, the handmaid June or Offred played by Elizabeth Moss.

Moss plays the fertile woman in the story, who became a concubine or mistress to bear a child for the commander and his unfertile wife under the new Gilead law.

Her marriage became null and void with the new rule, making her a “wanton woman” in the process. Despite the restrictive and suppressive law under the totalitarian, patriarchal Gileadan society, she follows it, yet with the hope that she’’ be free soon, and that she’ll get reunited with her daughter, one day.

Joining on my list of thrilling dystopian television series is “Fringe,” which premiered on September 9, 2008.

Described by many as a hybrid or combination of other notable TV shows, namely “The X-Files,” “The Twilight Zone,” and “Lost.” The plot employs fringe science where the title came from, and most of the episodes of the show are standalone.

It follows the lives of a “Fringe Division” that investigates a series of unknown or unexplained events, relating to the mysteries surrounding a parallel universe.

An “AMC” original series, and now, one of the best dystopian TV shows on Netflix that first aired on November 15, 2015.

The story follows a warrior and a young boy who took on the journey together through the downtrodden land trying to seek enlightenment in a post-apocalyptic world that came about five centuries after a dreadful war left the world in ruins.

Based on the 2013 dystopian book with the same name by Kass Morgan, “The 100” first aired on March 19, 2014, and became a massive hit with ninety episodes to boast.

One of the long-running dystopian TV shows, which takes place in a post-apocalyptic dystopian world. After a nuclear wiped out almost everything on earth, the survivors are now living in a space station named “Ark.”

Over time, three generations were born in the Ark, making the capacity heavier and crowded. Hence, the government sent out one-hundred survivors, young criminals back to earth to know if it’s livable despite the cataclysmic event that seemingly brought the end of the world.

From there, they unravel the mysteries and dark secrets in the ruins of Earth.

Premiered in December of 2011 on “Channel 4,” and inspired by the classic anthology series “The Twilight Zone,” is a speculative science fiction that presents different characters in every show.

It presents alternative outcomes or scenes that usually answers the questions “what if,” and takes place in a near-future setting touches black comedy and satirical genres. Due to its intriguing, thought-provoking, and distinctively unique plots every episode, “Black Mirror” is continuously receiving positive responses not only from the viewers but as well as the critics.

An eight-time “Emmy Awards” winner and one of the best dystopian TV shows on Netflix, this brilliant creation by Charlie Brooker is definitely worth watching.

This Glen A. Larson creation is among the most successful and long-time running television shows of a fictional dystopian universe.

“Battlestar Gallactica” aired for about five years and has received positive reviews from the audience and critics. It takes us into a distant system of stars where mankind lives in “Twelve Colonies” or twelve planets.

It brings us to the perpetuating interstellar war between the colonies and the “Cyclons,” the android race that humans have created.

An “ABC” original that airs and reigns for almost six years is another dystopian-inspired TV show entitled “Lost,” which premiered on September 22, 2004, and concluded on May 23, 2010.

Frequently confused with the game show, this series is quite a bit similar to Stephen King’s “The Stand” of a crashed aeroplane and survivors stranded on the island. However, it follows a more intricate and mature plot than that of King.

Due to the heart-throbbing scenes and nerve-wracking plots and twists of the story, it is one of the most highly acclaimed TV shows by the critics. Thus, it’s not a surprise that the show accumulated six seasons with one hundred twenty-one episodes.

Aired on “HBO,” this dystopian television series also caught my attention due to its controversial storyline as it intertwines various sub-themes within the primary genre.

Premiered on June 29, 2014, and ended on June 4, 2017, “The Leftovers” is among the most mind-boggling and spine-chilling TV shows. Based on Tom Perrotta’s book of the same name, it tells a story of a world losing two-percent of the population due to a global event.

This original “Netflix” TV show is a fictional mystery teen drama by Christopher Keyser that’s giving hype and a new taste in the regular TV programs due to its beguiling plot. Premiered in 2019, and still a recurring show.

“The Society” trails around a community where people mysteriously disappear, leaving a group of teens to run the town on their own. Everything happens when a group of local high school students returns to their homes earlier than expected due to the cancellation of their field trip.

As it happens, a smoggy forest emerges around the town, enclosing them in the process. It looks like no other humans are alive as they can’t contact anyone on the internet or telephone. Therefore, the teens have no other choice but to organize and come up with their rules to continue to survive despite the limited resources.

It appears like the TV show is “Gone” and “The Stand” dystopian novels by Michael Grant and Stephen King, respectively, rolled into one.

A Jonathan Nolan’s creation, “Westworld,” is among the most-watched science fiction dystopian TV series that premiered on “HBO” on October 2, 2016.

It is still ongoing and moving now on its 29th episode. The TV show is an inspiration of the classic 1973 film under the same namesake. The plot takes place in “Westworld” that’s already technologically advanced populated by androids.

The Man in the High Castle

Based on the 1962 notable classic dystopian novel of Philip K. Dick, “The Man in the High Castle” TV series is also among the most popular and highly acclaimed shows in the small screen due to its intriguing narrative.

First aired on January 5, 2015, and concluded on November 15, 2019, this story focuses or depicts on the nature of “Axis powers,” which is the alternative result to “World War II.” Like the novel itself, it lets us in, into the world of the autocratic and suppressed government system, where discrimination is rampant and injustices reign.

From the namesake of the TV series, “The 4400” is a dystopian show that narrates the reappearance of the exact number of people, who each disappears beginning 1946.

It’s another show that I love personally, as it has the essential elements of what makes it thrilling and provoking, adding up to the excitement is the element of mystery. A massive ball of light brings “The 4400” people in the foothills of the Cascade Range.

Each of them disappeared one by one starting in 1946, and now, they all returned together. None of them aged and they don’t remember anything in between of the time of their disappearance and return.

Ryan J. Condal and Carlton Cuse created this science-fiction drama with a backdrop of dystopia “Colony” that first aired on December 15, 2015, and ended on July 21, 2018.

The story starts a few months after the alien race occupies the world and follows a family with their son on a school trip, who got separated from them due to the walls the aliens built that divided part of the city.

Dystopian Movies on Netflix to watch 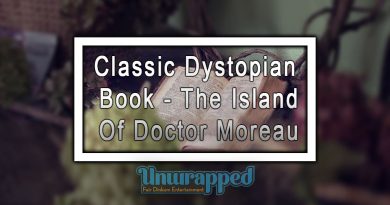 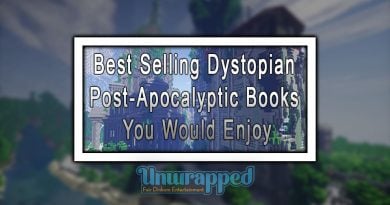